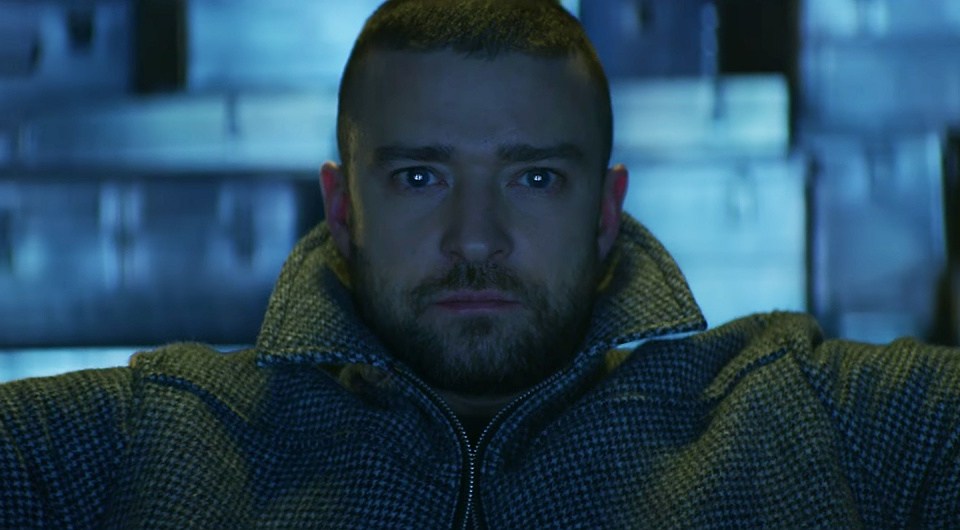 JT is back, but some of his fans already miss his old stuff. Photo: YouTube

Justin Timberlake’s first studio album in five years doesn’t arrive on shelves until next month, but the response to his latest music video doesn’t bode well for the rest of the album.

The 36-year-old singer’s video clip for Supplies, the second single off the forthcoming Man of the Woods (out February 2), features references to hot topics like Harvey Weinstein and the Black Lives Matter movement, against a CGI-heavy dystopian background.

It’s, well, a lot to take in. There are Bladerunner-esque desert landscapes, animated albino alligators, robotic crowds worshipping a burning pyramid, a headache-inducing light show and plenty of shots of Timberlake getting his kit off with Mexican actress Eiza Gonzalez.

In one scene, a woman wears a T-shirt reading “p***y grab back”, a reference to US President Donald Trump’s now-infamous Access Hollywood tape.

The video concludes with an eerie young boy yelling, “Die already!” into the camera.

According to fans on Twitter, Timberlake appears to be positioning himself as a saviour in a time of sexual harassment, racism, inequality and Trump. And they’re not loving it.

The video is already drawing comparisons to US model Kendall Jenner’s infamous Pepsi ad, which was dropped form circulation after it was accused of being “tone deaf” by reducing the Black Lives Matter movement to a lighthearted street party.

Wrote Pitchfork critic Ryan Dombal: “It is the hashtag-baiting fever dream nobody asked for—ridiculous at best, offensively trivializing at worst. This thing twists meaningful resistance into a hollow caricature that diminishes the very idea of protest.”

i can't stop laughing at these screenshots that are all from the SAME MUSIC VIDEO. What the hell is this man trying to say pic.twitter.com/gOgvIV5Lrz

Guys I’ve watched the new Justin Timberlake video a couple times today… I just get more confused with each viewing. What’s his message? Is his statement just ALL THE STATEMENTS? What do any of these visuals have to do with a song that is pretty clearly just about sex? Help me

Just made a coworker watch that new Justin Timberlake "Supplies" video, to make her experience the awful with me. Her feedback: "It's like the Kendall Jenner Pepsi ad of music videos." I agree.

“I’ll be the wood when you need heat,” Timberlake sings, “some s***’s about to go down, I’ll be the one with the level head. The world could end now, baby, we’ll be living in The Walking Dead.”

Timberlake released his last album in 2013. Man of the Woods will be released two days before he takes the stage at the Super Bowl for a second time for the highly anticipated halftime show.

The first single from Man of the Words, titled Filthy, also received mixed reviews from Timberlake fans who felt it was a messy anticlimax after years of waiting for Timberlake to release new music.

Billboard declared: “The thing rumbles and crackles like an irritated stomach, unkempt from its opening feedback quake and remaining sonically on edge throughout. It never really locks in melodically or rhythmically … a whole lot of tension without a ton of obvious accompanying release.”

This week, Timberlake held a lavish listening party for his new album in New York City where he served gourmet ants and grasshoppers — yes, really! –and said the album titled was inspired by his two-year-old son, Silas, whose named literally means “of the woods”.

‘What is this man trying to say?’ Justin Timberlake skewered for new music video