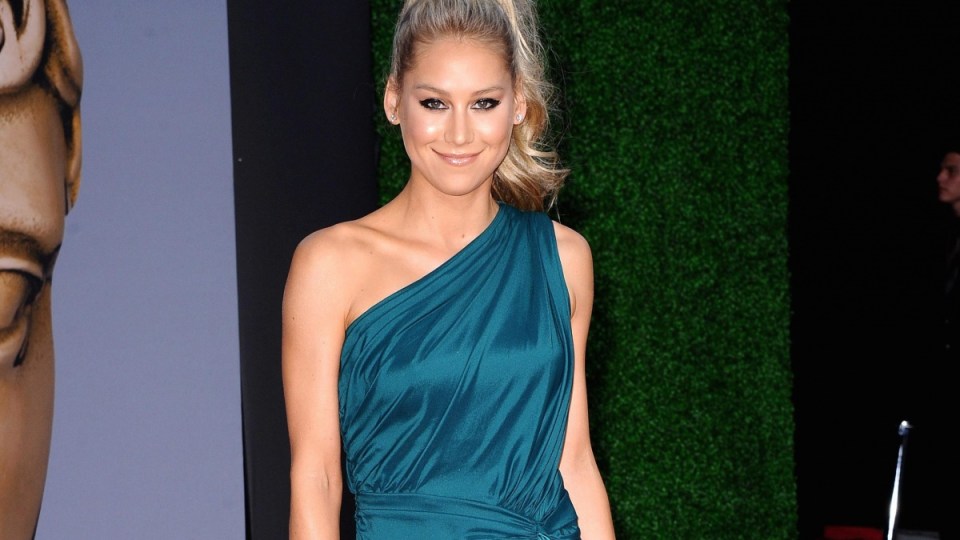 Anna Kournikova made a rare public appearance at the BAFTAs in Los Angeles in 2011. Photo: Getty

Fourteen years on from her last appearance at the Australian Open, former tennis star Anna Kournikova is back in the media spotlight.

No, she’s not staging a belated comeback tour – rather, she’s facing a challenge of a different kind: being a parent to her newborn twins.

The 36-year-old Russian sportswoman, who retired from the WTA tour and the public eye in 2003, has shared the first photos of her son and daughter with long-time partner Enrique Iglesias, 42.

Kournikova and her Spanish pop star beau welcomed the twins in December, but posted the first photos of the babies to their Instagram feeds on Wednesday, amassing more than 1.5 million likes between them.

Many might be stunned to know the celebrity pair are even an item, given they keep mentions of their relationship to a minimum.

Even their individual baby debut posts made no reference to each other, with Kournikova posting a photo of herself with one twin, while Iglesias posted a photo of himself with the other.

“My sunshine,” they both captioned their individual photos.

Kournikova managed to keep her pregnancy almost entirely under wraps, posting photos on social media that showed no glimpse of her burgeoning baby bump and avoiding paparazzi and public commitments.

Iglesias and Kournikova met in 2001 on the set of his music video for the song Escape, in which she played his love interest for a series of raunchy scenes.

While they’re not married – Kournikova said in 2008 it would “never” happen, while Iglesias said he’d been trying to convince her for years – they’ve lived together for the better part of a decade.

The pair built a $US5 million ($6.3 million) house on the waterfront in a private community in Miami Beach, Florida, which boasts a pool, tennis court and private dock.

They spend their days taking trips on their private boat, paddle boarding, exercising and playing with their two dogs.

Kournikova uses the tennis court to stay in shape and keep up her game, occasionally playing charity or promotional matches.

She also shares videos of her daily workouts with her nearly 700,000 Instagram followers, along with plenty of smiling selfies and shots of her beloved pets.

While Iglesias, a heartthrob in his home country and around the world, also enjoys staying fit, he stops short of joining his long-time love on the tennis court.

“Are you kidding me?” he said when asked in an interview last year whether he plays against Kournikova. “I try to be competitive, but that’s when you realise you’re an amateur playing a pro — it’s not even close.”

But the couple’s idyllic lifestyle hasn’t been without its hiccups – in 2005 a homeless man was arrested for swimming nude across Florida’s Biscayne Bay in an attempt to locate Kournikova’s home.

The man, who had ‘Anna’ tattooed on his arm, ended up at a neighbour’s property and told police he had sent the tennis star letters and emails so she would know to expect him.

“I was absolutely shocked and fearful, and I was very much concerned for my safety,” Kournikova said at the time.

“It was very frightening and scary and just knowing there is someone out there who’s obsessive.”

The man, who was deemed mentally unfit to stand trial, was ordered to stay 1000 feet (300m) away from Kournikova, who hired bodyguards and improved her home security as a result of the scare.

As for parenthood, Iglesias thinks Kournikova is more than equipped to handle the challenge.

“I think she’d be the perfect mother,” he told People magazine in 2007, “and I say it regardless of whether I’d be with her or not.”