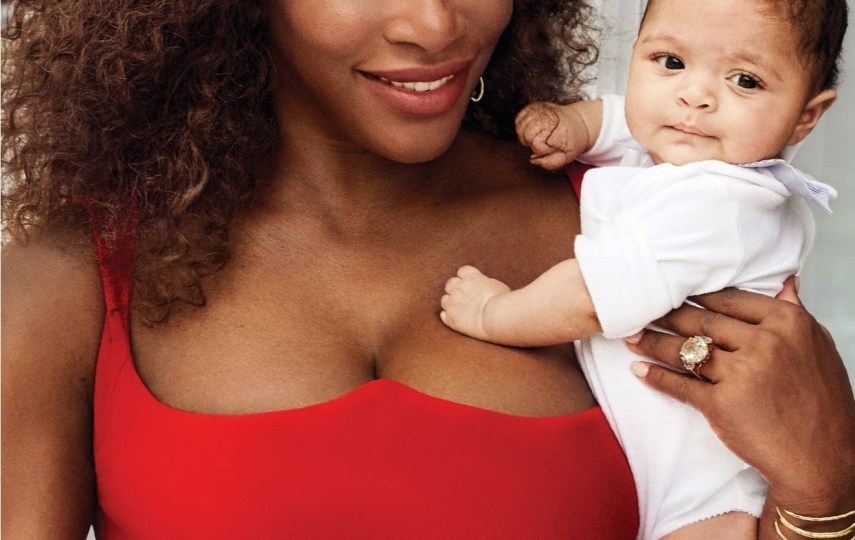 Serena Williams and her daughter Alexis star on the cover of Vogue's February issue. Photo: Vogue

Tennis star Serena Williams has revealed in a stunning interview how close she came to death after giving birth to her daughter Alexis.

Speaking to Vogue magazine, Williams confessed she suffered two months of health complications after her daughter’s birth last September, where she required an emergency caesarean section and had multiple surgeries to remove blood clots from her lungs.

The surgery was a success – however what followed was a life-threatening week in hospital with a pulmonary embolism, resulting in multiple surgeries.

“That was an amazing feeling,” Williams recalled of having her newborn laid on her chest. “And then everything went bad.”

The symptoms for Williams’ problems began the day after Alexis’ birth, where she experienced a sudden shortness of breath and other medical issues.

Serena, who has a history of blood clots and had to go off of her daily anticoagulant medication for the caesarean section, noticed the problem and demanded doctors give her a CT scan and blood-thinner medication.

The medical team however performed an ultrasound on her legs – which revealed nothing.

“I was like, ‘A Doppler? I told you, I need a CT scan and a heparin drip,’” Williams  recalled.

After much discussion her doctors performed the CT which turned up several small blood clots on her lungs.

However Dr Williams was not able to predict the extent of her injuries to come, with the pulmonary embolism sparking intense coughing spells causing her caesarean scar to open.

Williams required further surgery where doctors found a large hematoma flooding her abdomen that had been caused by hemorrhaging at the site of her C-section.

She returned to the operating table for a third time to prevent more clots from dislodging and moving into her lungs with a filter inserted into a major vein.

The mother and daughter duo were back home a week later but the new mother was unable to get out of bed for six weeks.

“I was happy to change diapers,” her husband Alexis Ohanian told Vogue.

“But on top of everything she was going through, the feeling of not being able to help made it even harder. Consider for a moment that your body is one of the greatest things on this planet, and you’re trapped in it.”