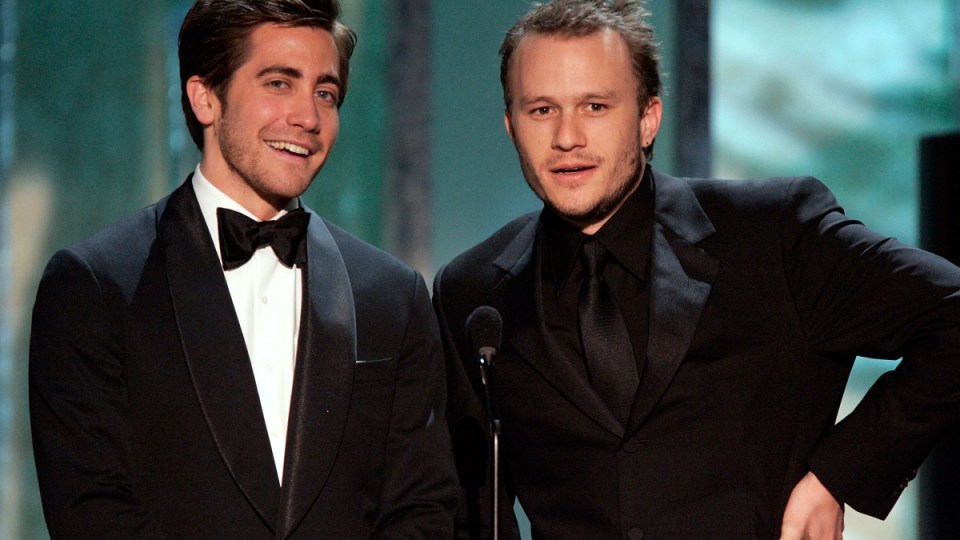 Jake Gyllenhaal and Heath Ledger were close on and off-screen. Photo: Getty

The real reason Heath Ledger refused to work with Baz Luhrmann has been revealed – the actor was being loyal to “mate” Jake Gyllenhaal, thanks to a “mutual frustration”.

In a recent GQ interview, Gyllenhaal detailed how an arduous audition process with Luhrmann for the film Moulin Rouge! led to a close friendship with Ledger.

“When Ewan [McGregor] was cast, I finally met Heath and we sort of became friends before Brokeback Mountain based on our mutual frustration,” Gyllenhaal said in a wide-ranging interview about his acting career.

Recounting another story, the 37-year-old actor proved the depths of Ledger’s affection was well-established before they became on-screen lovers in Brokeback Mountain in 2005.

“Heath called me and was like, ‘Hey mate, I got some news for you’. I said ‘What?’,” Gyllenhaal said.

“He said, ‘Baz just offered me his next movie. I just wanted you to know, I f––king turned it down.’

“So that was how much Heath loved me, you know.”

Gyllenhaal detailed the “long” audition process for the role of Christian in Moulin Rouge!, as a young English poet and writer who falls in love with cabaret actress and courtesan Satine, played by Nicole Kidman.

He said Luhrmann had chosen him, McGregor and Ledger to audition for the part, with many different actresses for the role.

“But I never met Health, I only heard about him. We would be shuffled in and out of rooms,” Gyllenhaal said.

“They would literally put me in a room and lock the door and Heath would come in and then Heath would be shuffled through the door. I never saw him.”

When McGregor was cast, Gyllenhaal said he “finally” met Ledger.

But the friendship was cut short when Ledger died from an accidental prescription drug intoxication in 2008. Gyllenhaal has been open about how losing Ledger, of a similar age, made him shift his priorities.

“Personally, it affected me in ways I can’t necessarily put in words or even would want to talk about publicly,” Gyllenhaal said in an interview with People.

In the wake of the sudden loss, he said he realised none of the attention or “synthesised love” that came from the success of Brokeback Mountain really mattered.

“What matters is [sic] the relationships you make when you make a film, and the people you learn from when you’re preparing for a film. That changed me a lot,” Gyllenhaal told Variety.

Gyllenhaal is set to star with Carey Mulligan in Paul Dano’s directorial debut Wildlife this year.