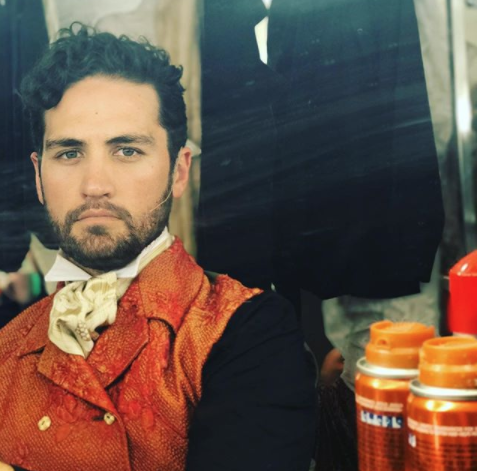 Craig McLachlan’s stand-in Adam Rennie has earned rave reviews from the audience and critics for his first performance in the Rocky Horror Show in the lead role of Frank N Furter on Tuesday night.

After being catapulted into the role when McLachlan vacated it on January 8 amid allegations of sexually inappropriate behaviour, Rennie “didn’t miss a beat” according to the Adelaide Advertiser.

And on Wednesday, it was confirmed Rennie would occupy the role for the forthcoming Perth and Brisbane seasons, dashing speculation the production was seeking a high-profile replacement for McLachlan.

Audience members took to Twitter after Rennie’s Tuesday debut, calling him “incredible” and “genuine and hilarious”.

A “small number of fans” had earlier demanded refunds for their tickets when McLachlan wasn’t taking to the stage, according to ticket agency BASS.

But with just a day’s notice, Rennie, a triple-threat Australian actor, dancer and singer who has lived in New York since 2012, stepped up.

Rennie was initially cast as Eddie/Dr Scott in the Rocky Horror Show. On January 5 he tweeted photos of himself in the characters’ costumes and makeup.

“Someone finally let me be a character actor #Dreams,” he posted.

“Rennie has the looks, the legs, the luscious lips and most importantly of all, the lungs to make a meal of this iconic role,” said Advertiser critic Peter Burdon.

“The night was Rennie’s, and it was a triumph.

“Well done, and here’s hoping the heels are his for the rest of the tour.”

Ahead of Rennie’s debut performance, Twitter lit up with support for him.

Chipped in journalist Steve Pennells, “To those asking for Rocky Horror refunds because of #craigmclachlan, you’ll miss his brilliant – and better – replacement.”

It’s worth mentioning that Rocky Horror Show is still a great show, featuring Australian Music Theatre Royalty. Adam Rennie (Craig’s replacement) is a powerhouse. Head out and support these performers and GREAT Oz talent (and jobs)! They deserve it.

A 2008 graduate of the Western Australian Academy of Performing Arts, Rennie’s Australian credits include Crazy For You, Jekyll & Hyde, The Producers and Love Never Dies, according to his cast biography.

“He was also lucky enough to work alongside the legendary Debbie Reynolds in Irene,” said the biography.

In the US, his theatre CV includes Dirty Rotten Scoundrels, Priscilla Queen of the Desert and the national tour of Flashdance.

Meanwhile, as the show went on without its star, actress Christie Whelan Browne slammed suggestions she made complaints against McLachlan for money.

Strenuously denying the claims, McLachlan, 52, said the women’s allegations “seem to be simple inventions, perhaps made for financial reasons, perhaps to gain notoriety.”

Responding to McLachlan in a Twitter post, Whelan Browne said she had not been paid for interviews and had paid her own legal fees.

“I just don’t understand where you think I’m getting any money.”

It was reported yesterday that two more staff members from the same 2014 production had contacted police about McLachlan’s alleged behaviour.

“Detectives are investigating a number of allegations of historical sexual assaults committed in Melbourne’s CBD in 2014,” said a statement from Victoria Police.

The New Daily is not suggesting the allegations against McLachlan are true, only that they have been made.