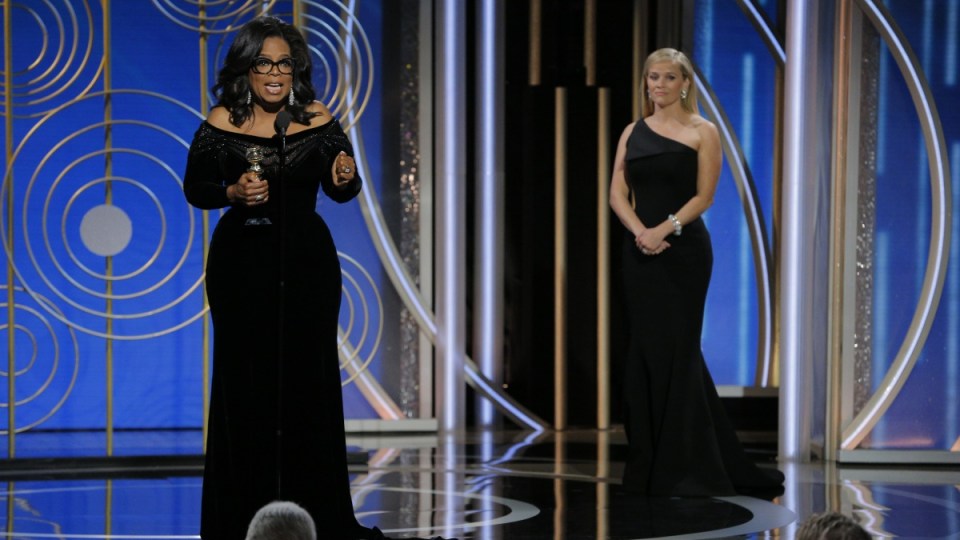 TV host Oprah Winfrey is reportedly seriously considering running for US president in 2020.

“She would absolutely do it,” her longtime partner Stedman Graham told the Los Angeles Times after Winfrey’s electrifying speech at January 7’s Golden Globes sparked calls for her to take a tilt at the top job.

Speculation the speech could be the springboard to a campaign gained traction on social media and Oscar winner Meryl Streep was quick to endorse Oprah as commander in chief.

“She launched a rocket tonight,” Streep told the Washington Post of the nine-minute monologue.

“I want her to run for president.”

The notion of Winfrey’s candidacy led US news broadcasts thanks to the intrigue of two of the world’s best-known TV stars in a White House showdown.

Winfrey’s odds of becoming the next US president were accordingly slashed dramatically.

According to US reports, within hours some betting houses had her as the seventh most likely candidate to run for office. Her 16 to 1 odds put her just ahead of action star Dwayne “The Rock” Johnson.

Bookmakers PaddyPower put her at 10/1 to win the 2020 election – on an equal footing with other Democratic front-runners including former vice president Joe Biden, and Massachusetts senator Elizabeth Warren.

Ladbrokes cut their odds for Winfrey to 33/1.

Backing up the claim Winfrey, 63, is genuinely entertaining the idea of making a run at the Oval Office, two close friends told CNN she’s “actively thinking about it”.

According to the sources, confidants have privately been encouraging her to run against Donald Trump in two years.

In the past she has nixed suggestions of political aspirations. “There will be no running for office of any kind for me,” she told CBS in October.

Certainly Winfrey laughed off the notion she take a crack at the presidency (with Tom Hanks as running mate) when host Seth Meyers joked about it during the Globes.

But after her thundering oration (“A new day is on the horizon”) while accepting the honorary Cecil B. DeMille Award, the joke turned serious.

A landslide of tweets made “Winfrey 2020” a trending topic and for other A-listers, the image of Oprah dispensing White House wisdom and policies didn’t seem such a stretch.

“I don’t think she had any intention of declaring,” said Streep. “But now she doesn’t have a choice.”

Winfrey’s best friend Gayle King didn’t hose down speculation. “I thought that speech was incredible,” she told the Los Angeles Times. “I got goosebumps.”

Winfrey – a Democrat supporter who campaigned for Barack Obama and endorsed Hillary Clinton in 2016 – was for once lost for words when asked by Bloomberg if she planned to run.

Not everyone is on the Oprah bandwagon. A flood of op-ed pieces in global media outlets demonstrated resistance to the cult of personality approach to politics.

“Oprah Winfrey, a fame-fixated peddler of fake empathy, would be a terrible president,” said a columnist in UK newspaper The Telegraph.

“I Can’t Believe I Have to Explain Why Oprah Shouldn’t Be President,” said a Vice headline.

“Oprah, don’t do it,” pleaded a New York Times  columnist, adding, “The idea that the presidency should become just another prize for celebrities — even the ones with whose politics we imagine we agree — is dangerous in the extreme.”

While a White House spokesman said he did not know if Mr Trump saw Winfrey’s Golden Globes speech, first daughter Ivanka Trump raved about it on Twitter.

Oprah for 2020 president could actually be happening