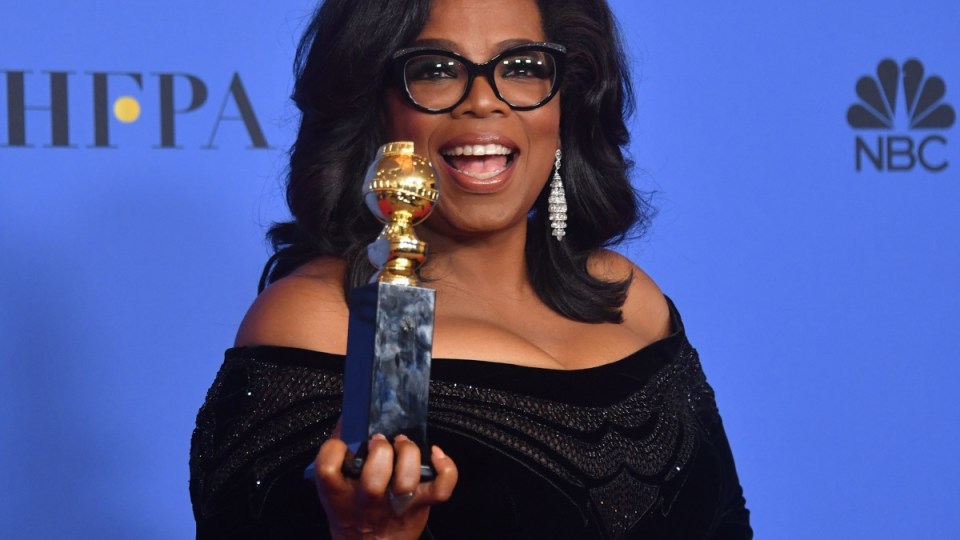 Oprah Winfrey is "actively thinking" about running for president in the 2020 election, and Donald Trump will seek re-election. Photo: Getty

Television star Oprah Winfrey is “actively thinking” about running for president in the 2020 election, one day after her much-commented-upon speech at the Golden Globes gala, US media reports.

CNN, citing sources close to the TV talk show host, who has no political experience, said that that she is actively pondering launching a campaign as a Democratic candidate, while her longtime companion Stedman Graham told the Los Angeles Times that “It’s up to the people. She would absolutely do it.”

The rumours about Winfrey’s presidential plans erupted after the emotional speech she gave at the televised awards gala, in which she lambasted the sexual harassment of women amid the wave of complaints against powerful and influential Hollywood figures such as producer Harvey Weinstein.

However, the 63-year-old Winfrey’s words echoed far beyond the film world and her comments were being interpreted as a declaration of political intent.

“A new day is on the horizon,” said Winfrey during her acceptance remarks after being presented with the honorary Cecil B. DeMille Award at the Golden Globes.

Winfrey was one of the main fundraisers for Barack Obama’s presidential campaign between 2006-2008.

The Democratic primaries to select the party’s 2020 presidential candidate will begin after the mid-term elections in November.

On the Republican side, meanwhile, President Donald Trump has already expressed his intention to seek re-election.