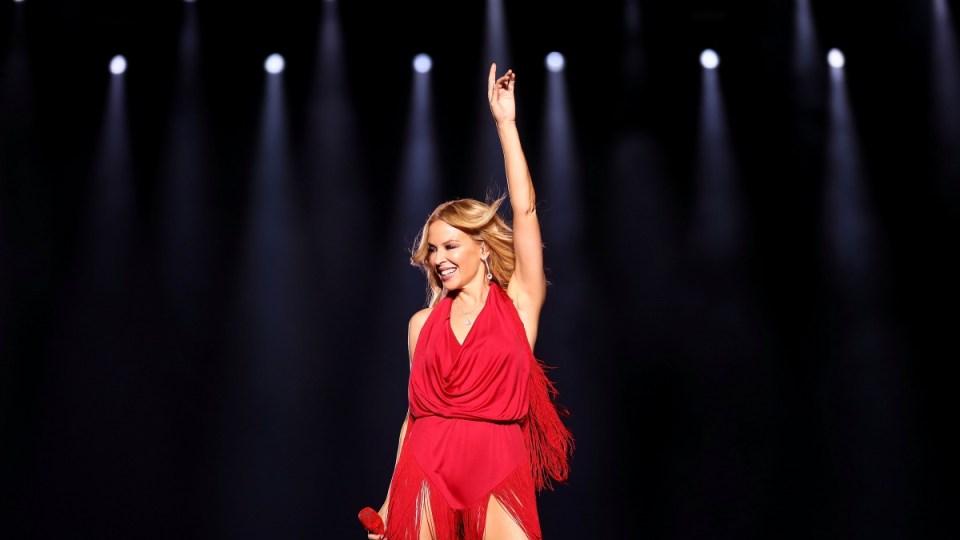 Love is in the air, with champagne corks set to pop at same-sex weddings all over the country from this Tuesday, January 9.

To mark the occasion we asked several prominent Australians how they planned to celebrate, and if they might be considering a dream wedding of their own.

Kylie Minogue took time out on the red carpet at the premiere of riotous 70s-set Aussie comedy Swinging Safari to address the issue with The New Daily.

Fans have been asking if she’ll sing at same-sex weddings. “I seem to be getting asked this a lot,” Minogue laughed, adding, “Let’s hope so, I’d love for that to work out.”

The Slap and Barracuda author Christos Tsiolkas said he and long-term partner Wayne wouldn’t head down the aisle.

A few years back, they celebrated what Tsiolkas calls a ‘101 party’ the year they both turned 40 – 40 times two plus the 21 years they had been together at that point.

He added: “I don’t need a church or temple or mosque to validate my love and as long as the state affords me the exact same rights as it does married people I don’t want the state to have anything to do with my personal affairs.”

“Look, I love a good wedding etcetera, but personally, the only thing worse than getting married myself would be – I don’t know – watching the Turnbull government spend around $100 million on a divisive drawn-out postal survey which saw verbal and physical assaults against LGBTIQ Australians double after its announcement.”

“Apparently you’ve got to have a partner to get married and I’m between men at the moment, but that doesn’t stop me planning ahead,” Dalton said.

“I’m getting our suits made by Carl Nave, so stylish, I’m having the wedding at the Regent Theatre and then I’m flying to Phuket for my honeymoon with Jack, or maybe Ryan. It’s going to be stylishly tacky.”

Award-winning comedian and actor Zoe Coombs Marr says the idea of marriage seems a bit ridiculous to her, but years of being asked about it has developed a dream wedding idea she’s fairly sure she’s only joking about.

“You’re in a forest clearing, it’s dusk. The guests stand surrounded by giant tartan curtains on all sides, open to the sky. My betrothed and I enter on horseback,” she explained.

“We are dressed in the style of Brigadoon… The vows happen, and at the final ‘I now pronounce you…’ moment, Everybody In The House Of Love plays, the curtains fall… LAZERS! SMOKE MACHINES! It’s a 90s Bush Doof!”

There is only 1 day left to check your enrolment. Do it. Tell someone else to. Takes a second. Vote yes. Now look what a hideous bride I would make if I had the right to choose not to get married.

Unvaccinated Pauline Hanson has COVID
‘Should have been a penalty’: Boy crash-tackled by PM gives his verdict
Amber Heard’s sister and friend give evidence
Russian Google to file for bankruptcy
Man arrested at NSW school for bestiality
Concern about COVID-19 deaths in aged care
Actors, musicians and celebs sign up to back Lorde’s boycott of Israel
Today's Stories