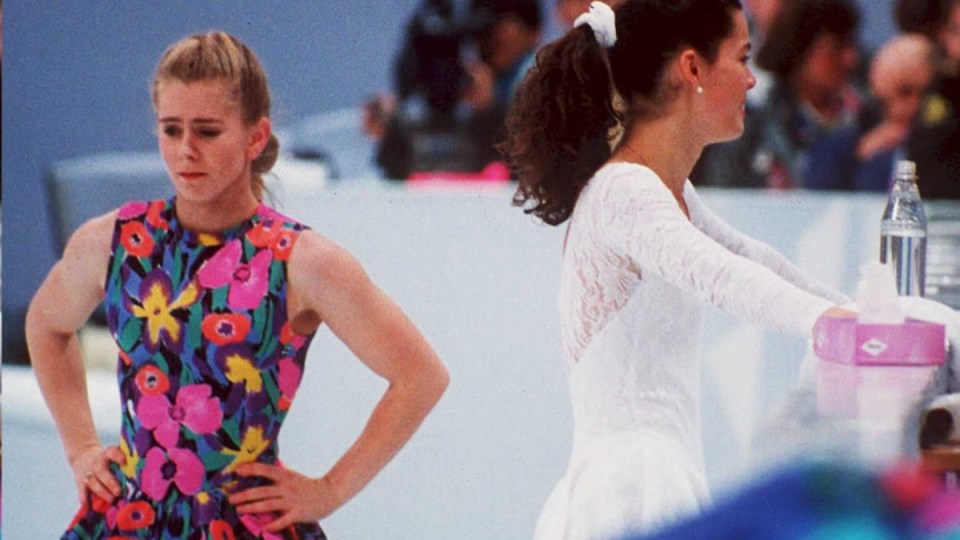 It was one of the most infamous incidents in sporting history, and now, 14 years on, the dramatic climax to the ongoing rivalry between US figure-skaters Tonya Harding and Nancy Kerrigan is being revisited in a Hollywood film.

In January 1994, a then-24-year-old Kerrigan was struck on the leg with a baton after a training session by an assailant hired by Kerrigan’s ex-husband, Jeff Gillooly, and her bodyguard, Shawn Eckhardt.

Footage captured immediately after the attack showed a distraught Kerrigan sobbing “why?” while clutching her leg. She recovered in time to compete at the 1994 Winter Olympics, where she won bronze.

Gillooly, whose main goal was to give Harding a shot at winning by rendering Kerrigan unable to skate, spent six months in prison for the stunt. Harding was fined and banned from competition for life.

It was a story so outrageous that Australian actress Margot Robbie, who plays Harding in I, Tonya (in cinemas January 25), thought it was made up when she first read the script.

“I thought, this writer is so kooky for coming up with all of this stuff!” she told the New York Post.

While Robbie, 27, may be winning accolades for her portrayal of Harding in I, Tonya, what has become of the two women whose lives were irreversibly altered by the unforgettable attack?

For Harding, now 47, the film offers a chance to tell her side of the story – a story many American fans have been unwilling to hear until recently – as well as an opportunity to make some cash.

In a recent interview with Robbie for The Hollywood Reporter, it was revealed the disgraced two-time Olympian was paid a fee plus a percentage of the film profits for the rights.

She’s also made a handful of red carpet appearances alongside Robbie – a far cry from the quiet, publicity-free life she enjoys at her home in Washington state with her husband, Joe, a heating and air-conditioning expert, and their six-year-old son, Gordon.

When first approached about the film, Harding was hesitant.

“I wasn’t going to do it. I was like, ‘I don’t want to go through this again. I’ve been through enough, and I have my son now’,” she told THR.

Harding said she agreed to it “as closure”, and meeting Robbie helped her get on board.

Today, Harding skates every week at a rink near her house and enjoys landscaping, working on cars, chopping firewood and building things.

For her part, Robbie said she found it “emotionally traumatic” to play Harding, whose relationship with both her mother, LaVona Fay (they’ve been estranged since the early 2000s), and Gillooly was allegedly abusive.

Of Kerrigan, Harding told Oprah Winfrey she would, “love to give her a hug and just tell her how proud I am of her being able to go forward with her life”.

However, Kerrigan, 48, told ABC News in 2017 she never received a “direct” apology from her former nemesis.

The mother of three, who lives in Massachusetts, has also re-entered the spotlight over the last year as a contestant on season 24 of the United States version of Dancing with the Stars.

This picture says so much. I loved my time on #dwts. I will miss everyone involved. You are remarkable! Artem THANK YOU you made it all worth it and special!

During filming for the reality show, Kerrigan opened up about difficult periods of her past, including the eating disorder she developed following the attack and a “devastating” series of “at least” six miscarriages.

Kerrigan, who in 1995 married her agent, Jerry Solomon, had a son, Matthew, in 1996, but struggled to conceive after that, turning to in-vitro fertilisation to have son Brian in 2005 and daughter Nicole in 2008.

“I felt like a failure,” Kerrigan told People magazine.

While Kerrigan still works as a skating instructor and occasional choreographer, she has said her main job is, “being with my kids after school and asking them how their day was”.

Kerrigan’s next project is a documentary exploring eating disorders in the sports world titled Why Don’t You Lose 5 Pounds?.

Where are they now? Tonya Harding and Nancy Kerrigan