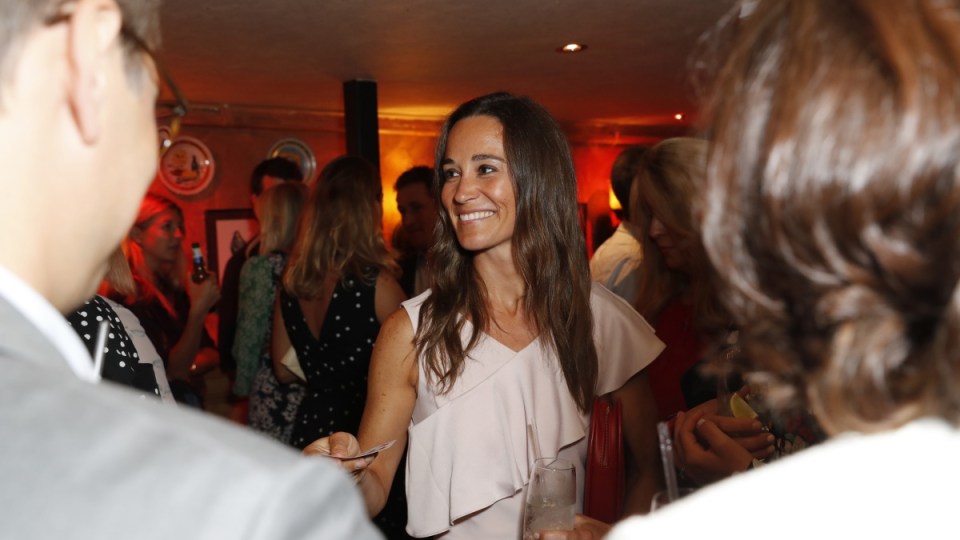 Meghan Markle is about to add a dash of American culture to the British royal family, but she may have to watch what she plates up if royal-adjacent Pippa Middleton ever drops by Kensington Palace for breakfast.

In particular, Meghan should make a mental note there’s one iconic salty-sweet American dish that Middleton refuses to eat in the pursuit of maintaining her enduringly svelte figure.

“Pancakes with bacon and maple syrup – that certainly doesn’t do it for me,” Middleton, 34, told I News when asked the one thing she’d never eat.

But she was quick to clarify she doesn’t skip the first meal of the day.

“I always have breakfast. I can’t start the day properly without it,” said Middleton, who wed hedge-fund manager James Matthews in a high society affair last May.

“My usual breakfast is either plain yogurt with chopped fruit and toasted seeds, oats and nuts or toasted rye bread with eggs or avocado.”

After keeping a low profile since her marriage, Middleton is busy talking up nutrition in her support role with the Magic Breakfast campaign.

It provides free, healthy breakfast cereals and bagels for children in disadvantaged areas of Britain who arrive at school without having eaten.

The campaign is grassroots. Middleton’s reminiscence about her all-time favourite breakfast meal, not so much.

It was eaten “up a mountain in the Trois Vallées ski region of France, with beautiful views, snow all around and crisp, fresh air to heighten the senses”.

The French experience is more highfalutin than the brekkies Pippa, big sister Kate and brother James ate as children in the Middleton family home in Bucklebury, in Berkshire, west of London.

“Almost everything” was dished up by mum Carole and dad Michael, said Middleton, but there were trusty standbys: “Lots of porridge or boiled eggs with soldiers.”

Middleton, who cut out alcohol, refined sugar and processed foods before her wedding, is more than an enthusiastic amateur foodie. While her 2012 party-planning book, Celebrate, bombed, she had cookbook Heartfelt published by the British Heart Foundation in 2016.

One recipe is her go-to when she’s finished a workout, she said: egg and avocado tortilla, a “tasty dish with a Latin American feel to it, especially with added green chillies”.

Her nutrition and exercise regimens are successful enough that in
2012 she and James competed in Sweden’s 90-kilometre Vasaloppet cross-country ski race, and in 2016 climbed Switzerlan’s peak, The Matterhorn, in honour of her husband’s late brother, Michael, who died climbing Mt Everest in 1999.

She runs regularly with Matthews – they clocked up jogging time during their honeymoon in Sydney – does pilates and reportedly hits the Kensington Palace gym with sister Kate.

“One session a week of this sort will transform all areas of your daily life, be it having more physical strength to go cycling up a challenging hill, to carrying children and heavy bags simultaneously,” she said.

The one breakfast classic Pippa Middleton will never eat