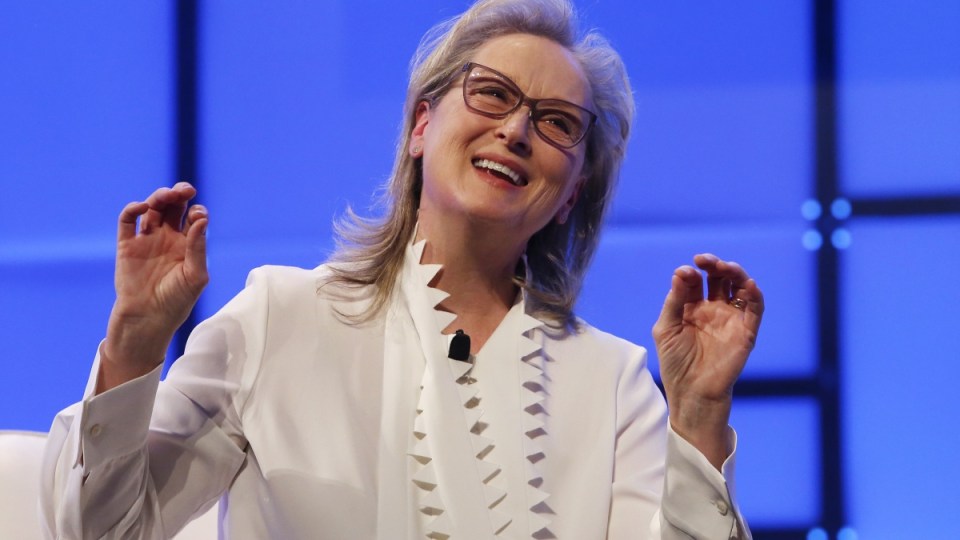 Meryl Streep has turned attention to Ivanka and Melania Trump's silence in the wake of numerous sexual allegations. Photo: Getty

Oscar-winning actress Meryl Streep has called out first lady Melania Trump and the President’s eldest daughter Ivanka for their silence on the sexual harassment claims sweeping Hollywood and Washington.

In an interview with the New York Times published Wednesday (US time), Streep was asked about her own silence on the allegations against Hollywood mogul Harvey Weinstein.

“I don’t want to hear about the silence of me,” Streep said.

“I want to hear about the silence of Melania Trump. I want to hear from her. She has so much that’s valuable to say. And so does Ivanka. I want her to speak now.”

Streep has received significant criticism in recent months for not speaking out against the allegations sooner, sparking defamatory “she knew” posters featuring the acress’ face found in Los Angeles.

Streep, who had previously worked with Weinstein, told The New York Times she was surprised to hear that people were criticising her.

“I found out about this on a Friday and went home deep into my own life. And then somebody told me that on ‘Morning Joe’ they were screaming that I haven’t responded yet. I don’t have a Twitter thing or ― handle, whatever. And I don’t have Facebook. I really had to think,” she said.

“Because it really underlined my own sense of cluelessness, and also how evil, deeply evil, and duplicitous, a person he was, yet such a champion of really great work.

“You make movies. You think you know everything about everybody. So much gossip. You don’t know anything. People are so inscrutable on a certain level. And it’s a shock. Some of my favorite people have been brought down by this, and he’s not one of them.”

Streep, 68, issued her statement on the accusations on October 9 – four days after the initial Times article, which included eight women speaking out against Weinstein, was published on October 5.

In her statement, she said: “The disgraceful news about Harvey Weinstein has appalled those of us whose work he championed, and those whose good and worthy causes he supported.”

“The intrepid women who raised their voices to expose this abuse are our heroes. One thing can be clarified. Not everybody knew. Harvey supported the work fiercely, was exasperating but respectful with me in our working relationship, and with many others with whom he worked professionally.”

It comes as the Trump family has remained relatively quiet since the allegations surfaced.

In November, White House adviser Ivanka Trump briefly addressed the issue, telling an audience in Tokyo that sexual harassment of women in the workplace should “never be tolerated”.

Meanwhile, Melania Trump spoke out against accused sexual predator and former chief justice of Alabama Roy Moore on November 15, saying, “There’s a special place in hell for people who prey on children”.

The White House is yet to respond to Streep’s remarks.