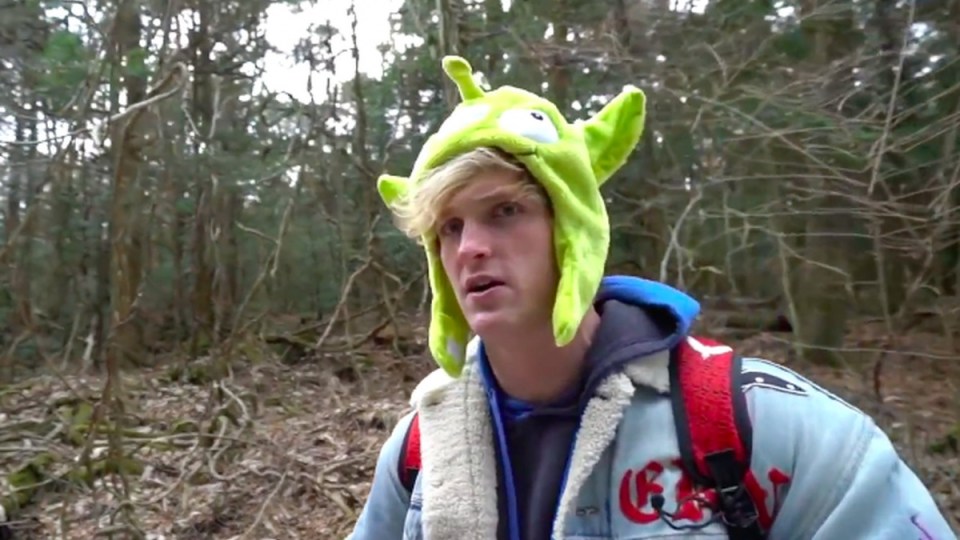 Logan Paul has sparked outrage after he posted a video of an alleged dead body from 'suicide forest'. Photo: YouTube

YouTube sensation Logan Paul has faced universal condemnation for his ‘desperate’ attempt to gain views after he posted a video that appeared to show the body of a suicide victim.

The since-deleted video – entitled We found a dead body in the Japanese Suicide Forest – purported to show Paul and his friends discovering a dead body in Japan’s Aokigahara Forest, an area known to be a frequent site of suicides.

The clip, which showed the victim with his face blurred, garnered millions of views on YouTube before it was taken down Tuesday night.

“This is not clickbait. This is the most real vlog I’ve ever posted to this channel,” Paul was quoted by New York Magazine as posting.

“I think this definitely marks a moment in YouTube history because I’m pretty sure this has never hopefully happened to anyone on YouTube ever. Now with that said: Buckle the f— up, because you’re never gonna see a video like this again!”

The disgusted response to his post was swift, with with a host of celebrities, fellow YouTube stars and online commenters describing the video as “sickening”.

Breaking Bad star Aaron Paul, who is no relation, described the YouTube star as “pure trash”, saying “suicide is no joke”.

How dare you! You disgust me. I can't believe that so many young people look up to you. So sad. Hopefully this latest video woke them up. You are pure trash. Plain and simple. Suicide is not a joke. Go rot in hell.

Logan Paul, who has more than 15 million YouTube subscribers and is extremely popular with children,  issued an apology on Twitter, saying he was “misguided by shock and awe”.

He said his intention was to “raise awareness for suicide and suicide prevention”.

“This is a first for me. I’ve never faced criticism like this before, because I’ve never made a mistake like this before. I’m surrounded by good people and believe I make good decisions, but I’m still a human being. I can be wrong,” he wrote.

Paul, 22, added he “didn’t do it for views”, saying “I did it because I thought I could make a positive ripple on the internet, not cause a monsoon of negativity. That’s never the intention”.

“I’m often reminded of how big of a reach I truly have & with great power comes great responsibility… for the first time in my life I’m regretful to say I handled that power incorrectly. It won’t happen again.”

On Wednesday morning (AEDT), Paul posted a video apologising to “the victim and his family”.

The apologies, however, failed to stem the criticism.

The fact that Logan Paul exploited someone’s death on the internet is completely disturbing and wrong. How can you be so desperate for views that you need to film a human‘s SUICIDE?! No excuses are going to fix what you did Logan. That person was loved my someone! #loganpaul

Game of Thrones actress Sophie Turner took to Twitter to express her anger at Paul, writing: “@LoganPaul You’re an idiot. You’re not raising awareness. You’re mocking. I can’t believe how self-praising your ‘apology’ is. You don’t deserve the success (views) you have. I pray to God you never have to experience anything like that man did.”