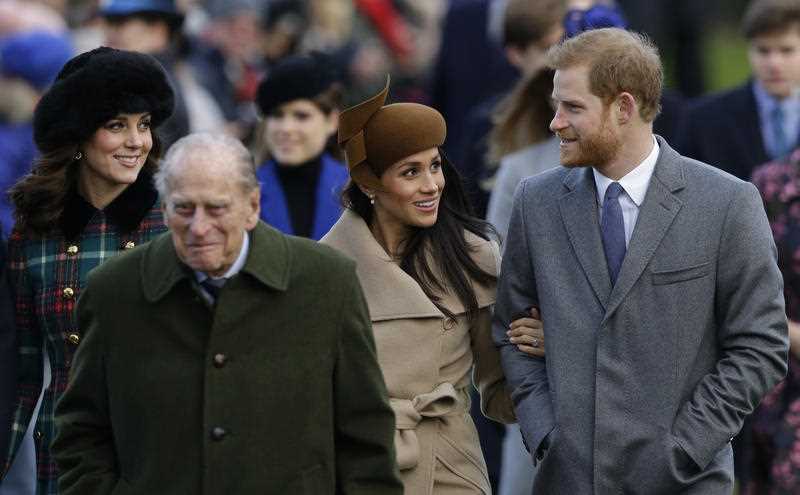 Meghan Markle‘s half-sister has hit out at Prince Harry after he described the royals as the family that Meghan “never had.”

Samantha Markle, who has the same father as Meghan, responded to Harry’s comments made during a Radio 4 interview in which he gushed over his fiancée’s Christmas Day with her soon-to-be in-laws.

“We had great fun staying with my brother and sister-in-law, and running round with the kids. Christmas was fantastic,” Harry said.

He added that Meghan fit in well with the royal family’s traditions, saying: “She’s done an absolutely amazing job, she’s getting in there and it’s the family that I suppose she’s never had.”

Samantha Markle was quick to respond on Twitter, saying Meghan already has a “large family”,

“She has a large family. She always did. Our dad is amazing and completely self sacrificing. We made it so that she had two houses. How fun it was!”

Meg's family(our family) is complete with sister, brother,aunts, uncles, cousins, and the glue of our family, our amazing completely self-sacrificing father. She always had this family,..Marrying merely extends it.

In an earlier tweet, Samantha dropped a heavy hint that she would reveal details of Meghan’s childhood in a book she is writing.

“Excited for my book coming out and wait until you see what our home life was like!” she wrote.

Meghan battled nerves and broke with tradition to attend the traditional Christmas church service with Queen Elizabeth and senior members of the royal family.

In her first public appearance with the Queen, Meghan walked arm-in-arm with Harry for the short distance from the royals’ estate, Sandringham House, in Norfolk, to the morning church service at St Mary Magdalene Church.

The gathering was the first Christmas the royal family had been joined by the American actress, who will marry Harry in Windsor Castle in May.

The Queen noted in her annual Christmas message that the family was looking forward “to welcoming new members into it next year”.

Samantha has previously been supportive of her sister’s upcoming marriage, telling Good Morning Britain last month that their relationship was “not about royalty”.

“When I watch her with him it’s very real and normal,” she said. “You know, we only get that once in a lifetime if we’re lucky. It’s not about royalty so much as it is about love. And that’s wonderful for them.”