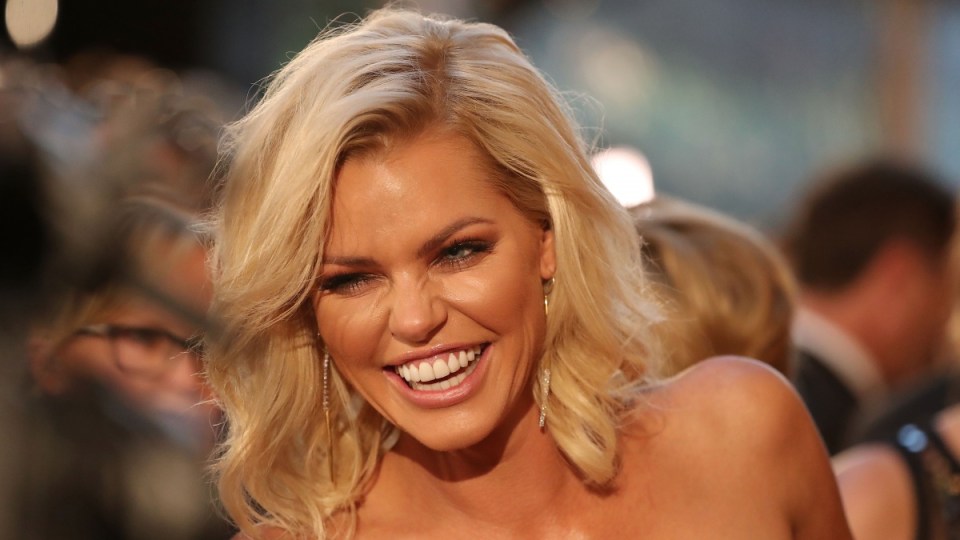 "You never know how it's going to go in the public eye," Sophie Monk tells The New Daily of her top class 2017.

No ingénue this time, the Gold Coast native, 38, was the breakout small screen star of the year thanks to her self-deprecating natural charm – she’s a self-confessed ‘bogan’ who loves ugg boots and booze – and determination to find someone “who will love me for me.” (She chose millionaire Sydney publican Stu Laundy, 45.)

Her year has been “crazy”, Monk tells The New Daily, “but there’s never a year that’s not.”

Is this the happiest you’ve been?
I’m super happy. But you can’t be happy without having experienced the bad.

Are you and Stu still in love?
Yep, but I can’t prove it to anyone. I can’t live my life trying to do that. I understand people are so invested, but we’ve been together hiding [our relationship] for so long.  We’ve both got separate lives. We’re not always going to be together. I love working, travel a lot with work and he’s got children.

You’re at an airport as we speak. Where are you headed?
The Gold Coast. I keep flying between home, Sydney and Melbourne with only a week’s worth of undies. [TV bosses] keep extending trips and you have to turn [the undies] inside out.

What was the highlight of your year?
It’s been a nice surprise to be the Bachelorette. It could have destroyed my career, it could have embarrassed me, but everyone liked it. It was a big risk for me to find love and touch wood the bad luck is over for me.

Are you happy to be our most beloved bogan?
I’m different to everyone. I love humour. [Bachelorette producers] let me be me. I love being a tomboy. It’s all worked well in the end and I’m lucky everything has worked out.

Was this tilt at reality TV better than your first?
It’s better now with social media with the bad stories. I can say to an audience that like me, ‘This is the truth and I care about you’. Back in the Bardot days I would read the paper at 5.30am and [fans] would believe it all. We get to talk more now. You’ve got a voice.

Did 2017 change your life?
It has, but every year changes me. I have Love Island going on, I’m looking forward to going to Spain. It’s nice knowing you have another gig after Christmas. I’ve also got a travel show next year that has yet to be revealed.