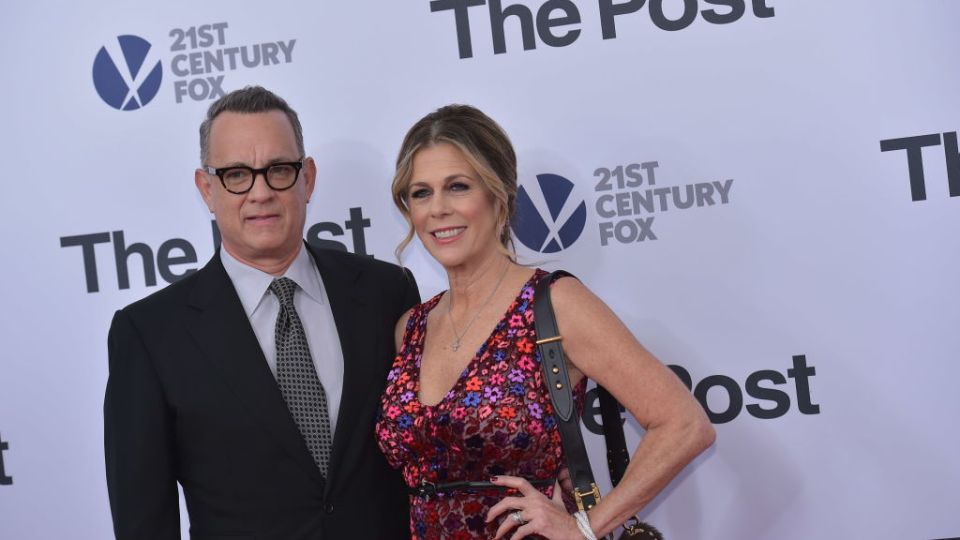 Tom Hanks and actress Rita Wilson arrive at the premiere of The Post in Washington DC. Photo: Getty

Advocates of US President Donald Trump have laid into Hollywood great Tom Hanks after the actor said he would boycott a White House screening of his latest movie.

In a wide-ranging interview with Hollywood Reporter, Hanks was hugely critical of the developments in US politics and society under Mr Trump, adding that he would not want to attend a White House screening of his new film, The Post, if asked.

Hanks, who plays Washington Post editor Ben Bradlee in the critically-acclaimed film, cited the events in Charlottesville which saw far-right rallies, and a racist joke by the President in the presence of Navajo elders at the White House.

“I don’t think I would,” Hanks said when asked if he’d attend a screening.

” … I didn’t think things were going to be this way last November. I would not have been able to imagine that we would be living in a country where neo-Nazis are doing torchlight parades in Charlottesville [Va.] and jokes about Pocahontas are being made in front of the Navajo code talkers.

“Individually we have to decide when we take to the ramparts. … This is the moment where, in some ways, our personal choices are going to have to reflect our opinions. We have to start voting, actually, before the election. So, I would probably vote not to go.”

The explosive comments prompted conservative Fox News identity Laura Ingraham to lay into Hanks, accusing him of denigrating Mr Trump as a vehicle to promote the movie.

“One of America’s favourite actors is insulting the President, just to sell his movie” she said on her show on Wednesday evening (US time).

Ingraham sniped that Hanks “flops as a political commentator and pundit”, and joked – in reference to his lead role in 2000 movie Cast Away – that “maybe it’s time to cast away Tom Hanks”.

Spicer said it was a “sad commentary on where we are” when it has become “cool to say ‘I won’t even show up to see the president of the United States’,” while Spicer himself would be willing to mow the lawn of former president Barack Obama if called to do so.

Mr Spicer added that Hanks should instead “take the lead” and engage with the president to start a conversation about issues  – such as press freedom – the most dominant themes of the movie, The Post.

“And I think, for people like Tom Hanks, who is a great film producer and director, he should take the lead and maybe say, ‘You know what, I want to go talk to the President about these important issues that were brought up in my movie, The Post’.”

The Steven Spielberg film focuses on the paper’s fight to publish the Pentagon Papers, which exposed damning revelations about the US role in the Vietnam War in the 1970s.