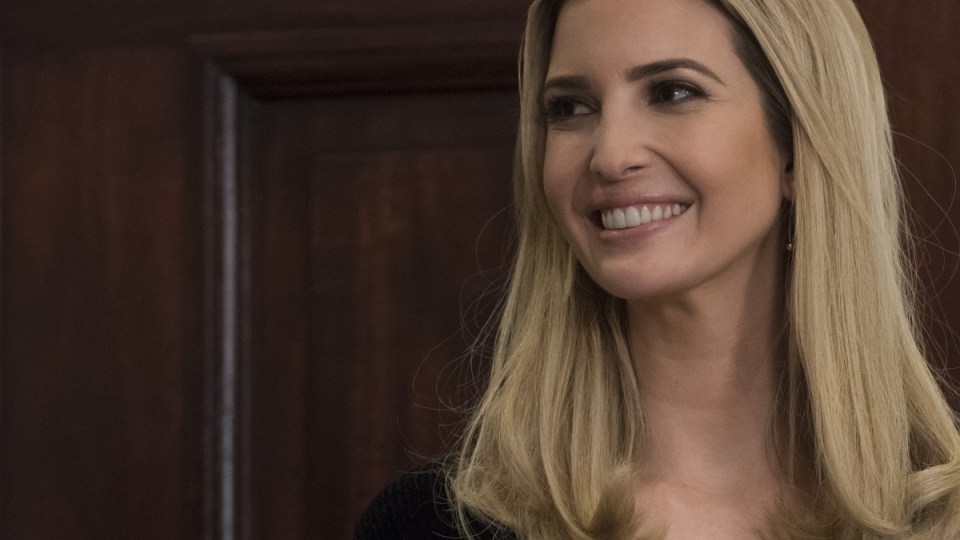 Ivanka Trump was all smiles at the White House on December 14. Photo: Getty

It was the question that lit up social media: Was Ivanka Trump just being polite or trying to score an invitation to the most sought-after bash of 2018?

The special assistant to President Donald Trump took three weeks to send engagement congratulations to Prince Harry and Meghan Markle, but when she did, it was seemingly in friendly fashion.

“Wishing Meghan and Prince Harry a lifetime of love, laughter and happiness together,” she tweeted, hinting she is on a first-name basis with the Suits actress.

Enthusiastic Ivanka, 36, shared a story about Harry, 33, and Meghan, 36, naming the date for their Windsor Castle wedding as May 19.

“I have no doubt that this couple will do extraordinary things, both individually and collectively. Congratulations!”

Sweet sentiments. But the first daughter’s belated gushing had critics howling that it was a ploy to score an invitation to the big day.

“Dear Kremlin Barbie: still not getting an invite,” one Twitter user wrote in a tweet which scored over 1000 likes.

“You know this won’t get you invited to the wedding, right?” a second user responded.

Said another: “Hoo boy. It’s so transparent that you’re practically begging for a royal wedding invite. Not gonna happen, princess.”

And, ouch: “They don’t want your family at their wedding … #Sad.”

1:2 Wishing Meghan and Prince Harry a lifetime of love, laughter and happiness together. https://t.co/fgjJhCfYnr https://t.co/8YP3Nzef5I

Asked about the brouhaha, a spokesperson for the royal family declined to comment to People about whether any of the Trumps would be on the guest list.

Heads of state and their plus-ones are usually invited, but when Prince William married Kate Middleton in 2011, then-president Barack Obama and first lady Michelle missed out, reportedly because of security concerns.

This time around, the Obamas look a shoo-in.

Harry and the former president are BFFs who showcased their bromance in a BBC radio interview conducted by the Prince in September.

Harry and the Trumps? Maybe not so much.

He could be in two minds about Mr Trump. According to a transcript of a 2000 radio interview with Howard Stern, Mr Trump joked he would have slept with Princess Diana if she had an HIV test first.

In 2014, she gushed about Ivanka on her now-shuttered blog The Tig, calling her “staggeringly beautiful” and “so incredibly savvy and intelligent”.

Meghan made a promise to get together with Ivanka in New York.

“This much I know: when we have drinks, I will make sure I order whatever she does because this woman seems to have the formula for success (and happiness) down pat.”

But despite the concept and lure of a magic Ivanka beverage, Meghan is less entranced by Mr Trump. On a May 2016 appearance on Comedy Central’s The Nightly Show, she called him out as misogynistic.

Meanwhile, as Ivanka faced the trolls and waited by her mail box, Melania Trump received an early Christmas gift: her popularity keeps rising, according to a new Gallup poll.

“They love her out there … they’re loving Melania,” Mr Trump said at a White House dinner in October, calling her the “star of the Trump family”.

The President and First Lady showcased their festive style in their first official Christmas portrait on December 14.

A formal affair, it captured the Trumps – him in black tie, her in midnight blue Delpozo – holding hands and smiling their heads off between flags and snow-laden fir trees.