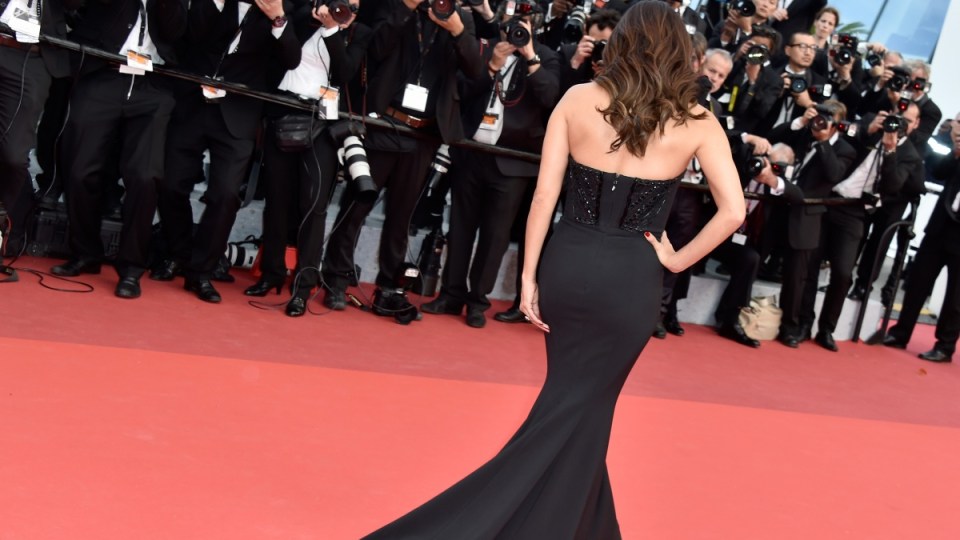 No stars have yet confirmed the protest, but sources say it is being planned behind the scenes. Photo: Getty

Many of Hollywood’s biggest female stars are reportedly planning a bold protest at the 2018 Golden Globes – a sea of black dresses – in response to the Weinstein saga.

Several reputable entertainment sites including People and Us Weekly cited industry sources to verify the reports.

The celebrities will wear black to speak out against sexual harassment, after the storm generated by allegations against high-profile producer Harvey Weinstein.

The Golden Globe Awards, to be held on January 7, are one of the biggest ceremonies in Hollywood. They mark the start of the movie industry’s award season each year, which culminate with the Oscars in March.

It would reportedly be the first time Hollywood stars have fully co-ordinated this kind of awards night protest. The protest could extend throughout the awards season, People reported.

The big question is whether the biggest names nominated for this year’s Golden Globes, including Meryl Streep, Margot Robbie, Helen Mirren, Judi Dench and Emma Stone, will join the protest. Because of their nominations these actresses would have the opportunity to mention the reason for their black dresses in acceptance speeches.

For two months, Weinstein’s spokespeople have responded to the more than 50 allegations against him with an almost identical statement: “Any allegations of non-consensual sex are unequivocally denied.”

Weinstein was one of the most powerful men in Hollywood for decades. Most of his alleged victims were young starlets looking for their first big break.

There has been rampant speculation about how Hollywood’s elite would deal with the Weinstein cloud during the prestigious awards season. These leaks from industry insiders could answer those questions.

Not everyone feels that a sartorial protest is enough of a statement, however.

Actress Rose McGowan, who has been vocal throughout the scandal,
responded angrily. She criticised the “silent protest” as “hypocrisy”.

“Your silence is the problem,” she wrote on Twitter.

“I despise your hypocrisy. Maybe you should all wear Marchesa.”

Since the Weinstein allegations came to light, Streep has said that the root of the problem is gender inequality in Hollywood.

“Equal means equal. And if it starts at the top, none of these shenanigans would have filtered down and it wouldn’t have been tolerated,” Streep said in recent days.