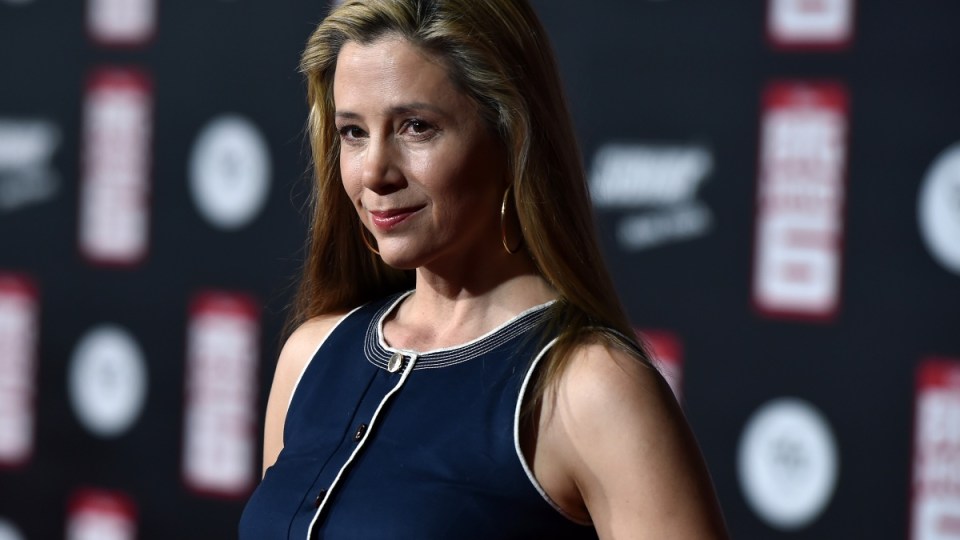 Mira Sorvino has said she's "heartsick" over claims her name was blacklisted in Hollywood. Photo: Getty

Oscar-winning actress Mira Sorvino has revealed she broke down and cried after director Sir Peter Jackson confirmed her suspicions Harvey Weinstein blacklisted her name at his production company, Miramax.

After publicly sharing how Weinstein sexually harassed them, Sorvino and fellow actress Ashley Judd have been told the production company advised members of the film industry not to work with them.

Lord of the Rings director Peter Jackson on Saturday revealed he had been told by Miramax not to cast Sorvino and Judd for his film trilogy, The Lord of the Rings, in the late 1990s.

Weinstein has denied the claims.

“There it is, confirmation that Harvey Weinstein derailed my career, something I suspected, but was unsure,” Sorvino wrote in a Twitter post on Saturday.

“Thank you Peter Jackson for being honest. I’m just heartsick.”

On Saturday, the New Zealand director told Stuff Magazine the women’s names were blacklisted when he was pitching his fantasy film series and admitted he decided not to consider them for the films inspired by author JRR Tolkien’s books.

Just seeing this after I awoke, I burst out crying. There it is, confirmation that Harvey Weinstein derailed my career, something I suspected but was unsure. Thank you Peter Jackson for being honest. I’m just heartsick https://t.co/ljK9NqICbm

“I recall Miramax telling us they were a nightmare to work with and we should avoid them at all costs,” Jackson said.

“At the time, we had no reason to question what these guys were telling us…I now suspect we were fed false information about both of these talented women – and as a direct result their names were removed from our casting list,” he said.

Weinstein has denied the claims he blacklisted the actresses from the film and other projects, but Sorvino’s complaint was backed up by Bad Santa director Terry Zwigoff, who tweeted that his phone went dead every time he discussed casting Ms Sorvino.

Weinstein also has denied sexual harassment allegations made by more than 50 women, including Judd and Sorvino.

A spokesperson for the producer said he had “no input into the casting whatsoever”.

The revelations follow Sorvino telling The New Yorker, alongside other “accusers”, that Weinstein had sexually harassed her and tried to pressure into a physical relationship while working together.

Sorvino told the magazine she found herself in a hotel room with Weinstein when promoting Mighty Aphrodite at the Toronto International Film Festival in 1995. She later won an Academy Award for Best Supporting Actress for her role.

“He started massaging my shoulder, which made me very uncomfortable, and then tried to get more physical, sort of chasing me around,” Sorvino said about the encounter.

Sorvino appeared in a few more of Weinstein’s films after his advances, but said “saying no” to Weinstein and reporting the harassment had ultimately hurt her career.

“There may have been other factors, but I definitely felt iced out and that my rejection of Harvey had something to do with it,” Sorvino said.

In another tell-all column published in The Hollywood Reporter, Sorvino wrote she wasn’t the only woman who felt Weinstein had derailed their careers.

She said the now-disgraced Hollywood producer had a blacklist of people he was investigating, plus  people who weren’t supposed to be hired, sent to casting people or agencies.

“As for my career, I can’t say for certain if it was impacted – there are other variables like the fact that I had four children in eight years.

“That’s my choice; I wanted to have a big family. But I won an Oscar with Miramax. To not continue and star in their movies much past that doesn’t make sense.”

Sorvino said she believed she would have continued to make movies with Miramax if she had accepted Harvey’s advances, but was not offered any movies past 1996.

Judd also responded to Jackson’s comments and recalled conversations with the Lord of the Rings director “abruptly” ending.

“Peter and Fran had me in – showed me all the creative, the boards, costumes, everything. They asked which if the two roles I preferred, and then I abruptly never heard from them again. I appreciate the truth coming out. Thank you, Peter,” Judd posted on Twitter.