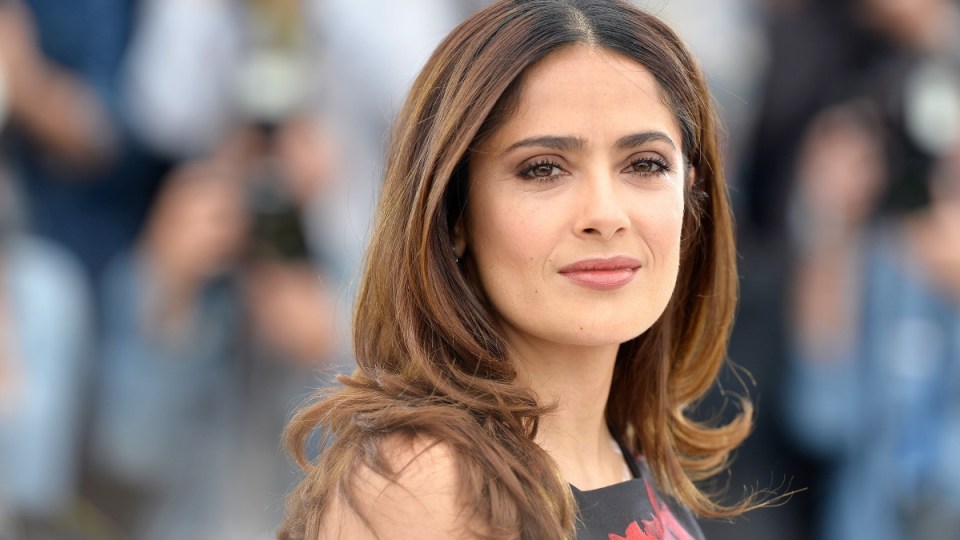 "I wanted him to see me as an artist," Salma Hayek has said of Harvey Weinstein. Photo: Getty

Salma Hayek has written a confronting essay detailing her experiences with disgraced Hollywood producer Harvey Weinstein, calling him a “monster” and revealing he once threatened to kill her.

The 51-year-old actress wrote candidly for The New York Times about her interactions with the former Weinstein Company chairman and Miramax co-founder, who has been accused of sexual harassment and rape by up to 50 women.

“Harvey Weinstein was a passionate cinephile, a risk taker, a patron of talent in film, a loving father and a monster,” Hayek began the piece.

“For years, he was my monster.”

Hayek said she had stayed silent until now out of “cowardice” and a belief her voice “wasn’t important”.

In the article, the actress specifically detailed her dealings with Weinstein during the production of her 2002 passion project, Frida, a biopic about Hayek’s hero, Mexican artist Frida Kahlo, which she produced and starred in.

The Mexican-born actress said she was forced to constantly reject Weinstein’s advances, claiming he bullied her into altering the film drastically and made her doubt her talent as an actress by telling her she was only valuable because of her sex appeal.

“He had taken a chance on me — a nobody. He had said yes. Little did I know it would become my turn to say no,” Hayek wrote.

Hayek claimed Weinstein would arrive at her hotel room at all hours of the night, asked her to shower with him, asked to give her a massage, asked to perform oral sex on her and requested she get naked with another woman.

“With every refusal came Harvey’s Machiavellian rage,” Hayek recalled, explaining Weinstein would make “absurd demands” as revenge for her refusals, at one point even threatening to kill her.

“The range of his persuasion tactics went from sweet-talking me to that one time when, in an attack of fury, he said the terrifying words, ‘I will kill you, don’t think I can’t’,” Hayek revealed.

The star was devastated when Weinstein attempted to stonewall the production of Frida because he was concerned audiences wouldn’t want to see Hayek sporting a monobrow and appearing unattractive.

“He told me that the only thing I had going for me was my sex appeal and that there was none of that in this movie. So he told me he was going to shut down the film because no one would want to see me in that role,” Hayek recalled.

“He offered me one option to continue. He would let me finish the film if I agreed to do a sex scene with another woman. And he demanded full-frontal nudity.”

Hayek said the stress of filming of the scene lead to her having a “nervous breakdown”.

While Frida went on to score six Oscar nominations – including one for Hayek as Best Actress – she said it took Weinstein several years to acknowledge the film’s success.

“I ran into him at an event, he pulled me aside and told me he had stopped smoking and he had had a heart attack. He said he’d fallen in love and married Georgina Chapman, and that he was a changed man. Finally, he said to me: ‘You did well with Frida; we did a beautiful movie’.”

In her piece, Hayek also credited several Hollywood peers with helping her in her time of need, specifically her friend and fellow Weinstein accuser, Ashley Judd, as well as Australian actor Geoffrey Rush.

Hayek concluded by saying she hoped adding her voice to the chorus would, “shed light on why it is so difficult, and why so many of us have waited so long”.

“Men sexually harassed because they could. Women are talking today because, in this new era, we finally can.”

Salma Hayek: ‘Harvey Weinstein is my monster too’