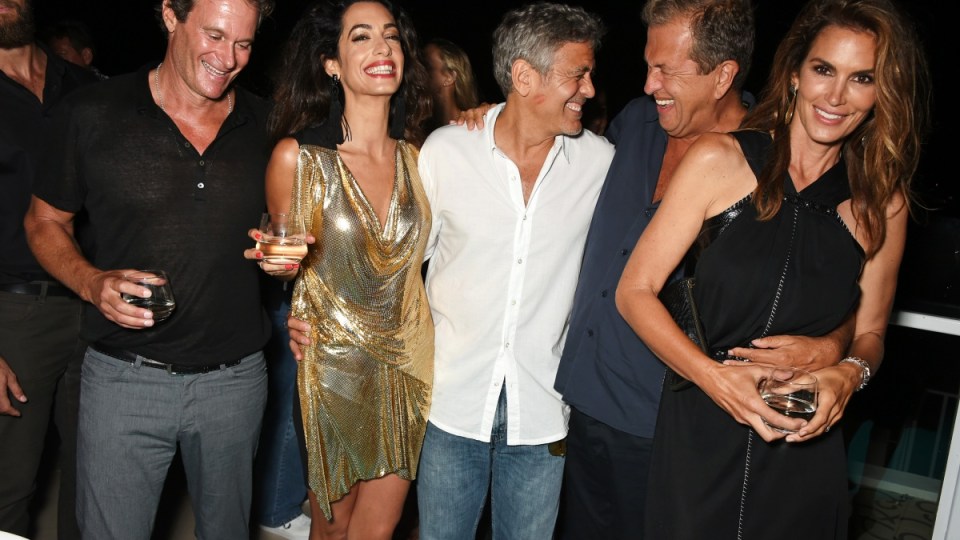 A close friend of George Clooney’s has revealed the actor once gifted 14 of his buddies $US1 million ($1.3 million) each as a gesture of gratitude.

Gerber recalled how, in September 2013, Clooney invited his group of male friends, who call themselves ‘The Boys’, over to his house for an intimate dinner.

Gerber said the group arrived at the 56-year-old’s home to find a table set up with designer luggage bags at each place setting.

According to Gerber, Clooney told the 14 friends in attendance: “Listen, I want you guys to know how much you’ve meant to me and how much you mean in my life. I came to LA, I slept on your couch.

“I’m so fortunate in my life to have all of you and I couldn’t be where I am today without all of you. So, it was really important to me that while we’re still all here together, that I give back. So I want you all to open your suitcases.”

Inside, the men were stunned to find $US1 million in cash.

“One was working at a bar in Texas at the airport, trying just to support his family. Rides a bicycle to work everyday. I mean, these are guys that took care of George and now he’s giving it all back.”

Clooney went a step further, paying his friends’ taxes so they could enjoy the money in its entirety.

“George said, ‘Not only that, I have paid everyone’s taxes so this million dollars is yours’,” Gerber recalled.

While the entrepreneur said his initial reaction was to refuse Clooney’s money, the star already had an effective contingency plan in place.

“I pull him aside and said, ‘I absolutely am not taking this million dollars’. Immediately George goes, ‘I’m just going to make one announcement. If Rande doesn’t take the million dollars, nobody gets it’.”

Gerber, who donated all of the gifted funds to charity, said this kind of generosity was typical of Clooney, whose estimated net worth is $US50 million ($66 million).

Clooney and Amal, a human rights lawyer, have since had twins together, a boy named Alexander and a girl named Ella who were born in June this year.

Shortly after their births, the actor-turned-director sold Casamigos Tequila to multinational beverage company Diageo for $US1 billion.