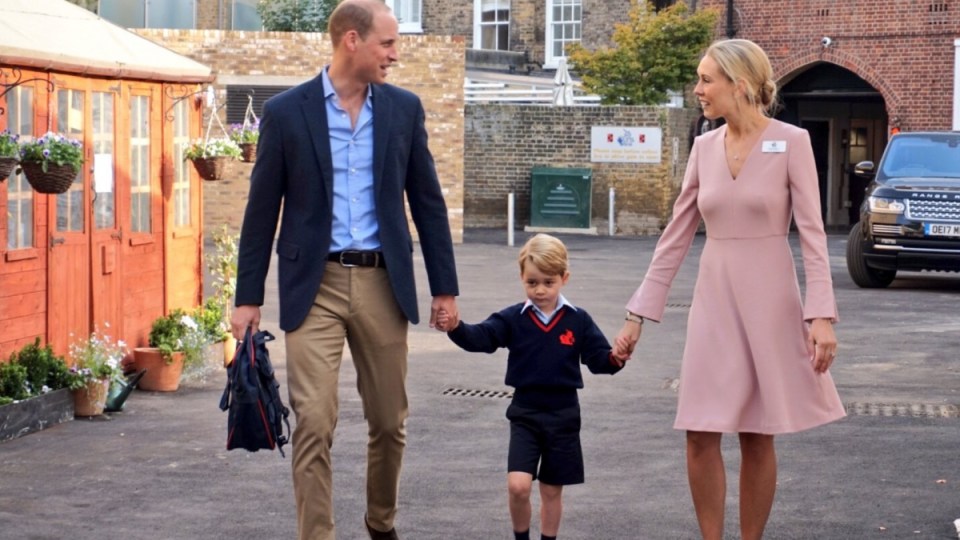 Prince George may be heir to the British throne, but the young royal couldn’t snare a role as one of the three kings in his school’s nativity play.

As George’s parents, the Duke and Duchess of Cambridge, visited the BBC’s Bridge House in Salford on Wednesday, Prince William revealed that his 4-year-old son took part in the St Thomas’s Battersea School  nativity play.

“I went to my boy’s nativity play. It was funny,” William said. “He was a sheep.”

William has been clearly delighted with George’s fascination with Christmas this year, last week hand delivering his son’s wish list to Santa Clause during a royal tour to Finland.

“I’ve seen you and I had to give you this letter,” William told Santa, affirming George had indeed been a nice boy this year.

“He hasn’t written down many requests, so I think one request is probably OK.”

The Duke then handed over a letter written from Prince George to Father Christmas. #RoyalVisitFinland #Finland100 pic.twitter.com/4SWITsMYv5

George’s only Christmas wish was for a police car.

William and Kate Middleton, who are expecting their third child in April, spoke to schoolchildren about mental health at the Children’s Global Media Summit on Wednesday.

Kate, 35, encouraged teenagers to speak up about mental health, and to ask for help if needed.

“People are so worried about what they say, they aren’t saying anything at all, and what we’ve found from speaking to people is it’s so good to have conversations,” she said.

Meanwhile, William talked about the growing acceptance of the issue.

“Mental health used to be this scary word that people didn’t like talking about. And it’s slowly getting better now,” he said.

The royal visit came amid a darker threat to the royal family as a UK court was told a terror suspect allegedly encouraged extremists to attack Prince George at school.

Husnain Rashid, 31, is accused of using an encrypted message service to share a picture of George to encourage Islamic State attacks against the royal family.

Prosecutor Rebecca Mundy told London’s Westminster Magistrates Court on Wednesday that this included posting a picture of George next to a silhouette of a jihadi fighter.

The post included the address of his school in southwest London, which he started attending in September, and was accompanied with the caption “even the royal family will not be left alone”, the court heard.

Rashid is charged with preparing terrorism acts, which involved plans to travel to Syria to engage in fighting, and preparing to assist others to commit terrorist acts.

He did not apply for bail and indicated he would plead not guilty to the charges.

He was remanded in custody until December 20 when he will appear at London’s Old Bailey central criminal court.