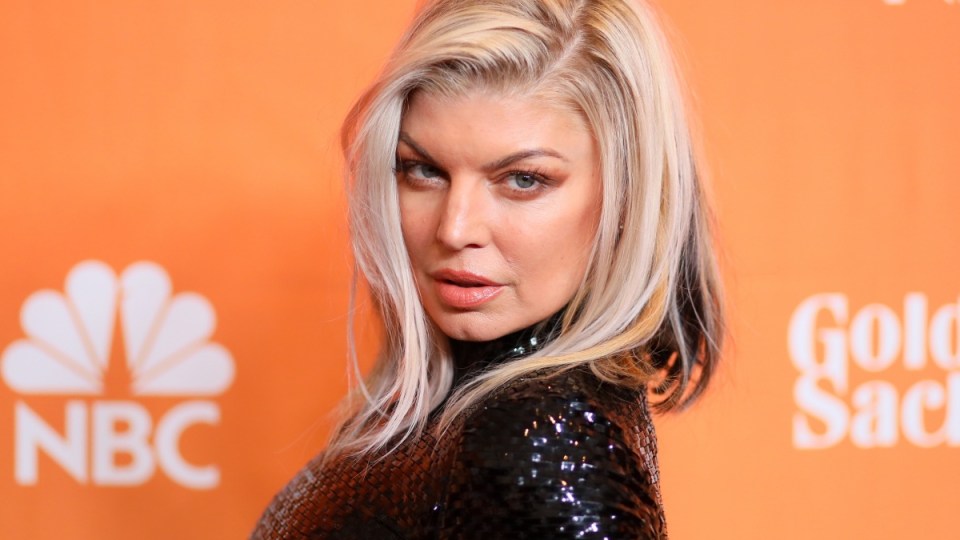 Pop star Fergie has confused the crowd at a swanky Los Angeles gala by interrupting actor Armie Hammer’s speech with a seemingly unplanned rant about her new music.

Footage has emerged of the singer taking the stage at a dinner in Los Angeles for the Trevor Project, a charity supporting LGBTQ youth, raising questions about her current state of health.

The 42-year-old appeared from the wings during Hammer’s speech honouring fashion designer Tom Ford, gently pushing her way in front of the podium.

“Oh, yes. Ladies and gentlemen, Fergie,” a confused Hammer said, before relinquishing the microphone to the songstress.

“This is not a shameless promotion, I have a lot of shame. I wrote a song called A Little Work and I have a version that has alternate lyrics and so shamelessly – no, with shame – I promote the Target version that has these bonus tracks with the alt verses.”

She then proceeded to sing a couple of lines from the track.

Fergie’s off-the-script ramblings received awkward laughter from the star-studded crowd, who clapped politely as she delivered a series of bizarre jokes.

“Tom Ford is here. He’s here on this bag. He’s here on this amazing T-shirt, mock-style, long-sleeve shirt and fabulous skirt and pumps. But, he’s also here as a person. And the thing is, behind all the Tom Ford life, which I thrive to get – I was really embarrassed that I didn’t have Tom Ford makeup in my bag, by the way; so shaming – he is a person of compassion,” Fergie babbled.

Towards the end of the speech she decided to continue pretending to be Hammer: “I’m still Armie Hammer, and this is the first time I’ve ever sang for you guys in my life. And now I’m going for my Tony!”

Hammer’s laughed it off when he reclaimed the microphone, joking: “If I had a nickel for every time that I was confused with Fergie … By the way, Fergie!”

Someone pls check in with Fergie thank u pic.twitter.com/9ZdTyp2raq

Fergie returned to her seat next to Ford, but returned to the stage soon after for another impromptu performance, leading the audience in a singalong of A Little Work, according to E!.

“Just, I guess, with full shame or no shame, I don’t know, get it on iTones … iTones? That’s a new one. iTunes,” she reportedly said, before a voice came over the loudspeaker to usher her off stage.

“Ladies and gentlemen, the unpredictable Fergie,” the unidentified voice said.

Fergie’s behaviour raised questions surrounding her wellbeing following a well-publicised split from husband Josh Duhamel earlier this year, but a representative for the singer insisted it was merely a joke gone wrong.

“It was a gag that everyone at the table came up with that fell flat due to timing,” the representative told People.