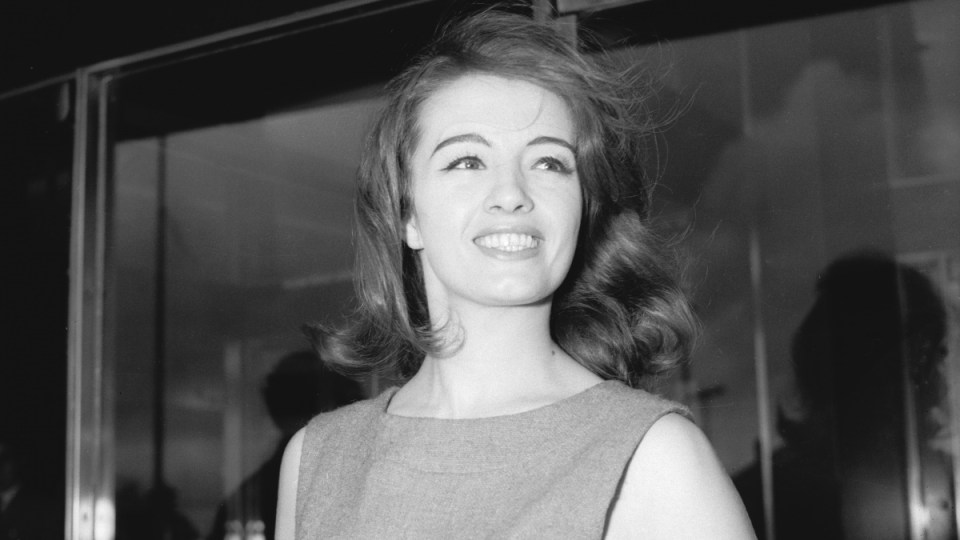 Christine Keeler was the woman at the centre of the notorious Profumo Affair, blamed for brining down the Macmillan government. Photo: Getty

Christine Keeler, the model embroiled in the notorious 1963 Profumo affair, has died aged 75, her son has said.

“She was always a fighter, but sadly lost the final fight against a terrible lung disease,” he told the BBC

The notorious Profumo affair rocked the British establishment, convulsed its government and ultimately contributed to the downfall of the beleaguered Tory Government in 1964.

At the height of the Cold War, the-then teenager claimed she had an affair with Conservative cabinet minister John Profumo and Russian intelligence officer  Eugene Ivanov at the same time.

Mr Profumo forced to quit his job as War Secretary and leave Parliament as a result of the revelation.

The security implications – and indeed the security consequences – of a British call-girl sleeping both with the War Secretary and a Soviet spy were breathtaking.

Prime Minister Harold Macmillan could not believe at first not only that such things could happen or that the trusted, brilliant and ambitious Mr Profumo could have been involved.

It was only after Mr Profumo was forced to admit that he had lied to the Commons in March 1963 when he denied any impropriety with Ms Keeler, that Mr Macmillan accepted the full enormity of the scandal.

The Conservatives, already looking careworn, had been in office for nearly 13 years, and this explosion of sleaze and scandal at the top echelons of society was enough to help topple them from power.

Christine Margaret Keeler was born in 1942. She left school at the age of 15 and left home, at Wraysbury, Bucks, a few months later. She worked as an office junior, a showroom assistant and a barmaid.

Before she was 16 she was working as a showgirl in a club in London’s red-light Soho district.

After 1960 she found herself launched into the unsavoury world of high-society osteopath Dr Stephen Ward, variously described as an artist and a procurer of women, as well as suspected of being a double-agent.

This marked the beginning of the biggest political sex scandal of the 20th century.

Ms Keeler was stunning, leggy and red-headed and was soon moving in Mayfair’s smartest but not necessarily the most savoury circles.

Mr Edgecombe was involved in a shooting incident outside Stephen Ward’s flat. It was alleged that he fired shots at her.

He was convicted of having a firearm with intent to endanger life and sentenced to seven years.

However, Ms Keeler, who was due to give evidence at his trial, had gone missing, presumably bundled off to Madrid.

Mr Profumo was forced to make a statement to the Commons in March that year, in which he fiercely denied any impropriety in his relationship with Ms Keeler.

His assertion of a platonic friendship with Ms Keeler, which he said had ended in 1961, was accepted and Downing Street described the matter as closed.

But MPs and newspapers remained sceptical. There were thinly veiled suggestions that Ms Keeler had been packed off to her hiding-place in Madrid to avoid an embarrassing cross-examination at the Edgecombe trial and protect those in high places with whom she had cavorted.

On June 4 1963, Mr Profumo resigned after confessing that he had lied to the House.

But Ms Keeler’s troubles were not over. In December 1963, she was jailed for nine months after admitting perjury and conspiring with others to pervert the course of justice.

In 1986, Ms Keeler said: “I was just a 19-year-old girl having a good time. I loved every minute of it. But if I had known then what was going to happen, I’d have run off and not stopped until I had reached my mum.”

In 2001, Ms Keeler wrote a book in which she claimed Dr Ward ordered her to sleep with Mr Ivanov and Mr Profumo in the hope she would pass on secrets.

She made considerable sums from her memoirs, but this money was soon spent.

Although her name will forever be associated with the Profumo scandal, Ms Keeler disappeared from the scene and for years lived either at Westcliff-on-Sea, Essex, or at a dingy flat in Chelsea.

She was married twice and had two sons.

Christine Keeler, the woman at the heart of the Profumo affair, dies