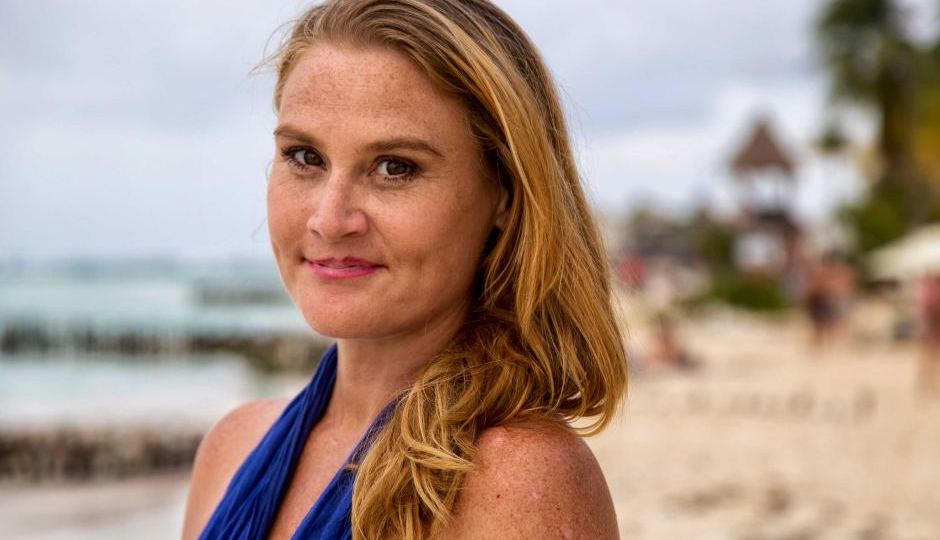 I have come to be at peace with having anger. It is like a strength rising in my soul that protects me.

In the toughest hours, I often remember lyrics I loved so much that I almost played them on repeat:

“Howl into your pillow, girl,
one day your rage will sculpt the world,
into gardens, where you will walk free.”

The lyrics are from a song by Things of Stone and Wood, an Australian band of the mid-90s, the same time that I met Don Burke.

Women have been denied the right to be angry for too long.

We were supposed to be seen, not heard. But I will be heard, loud and clear.

We will not go quietly. When women are attacked, we will stand up and fight back, for we are the strong ones, not the weak men harassing us.

Don Burke’s words stung, to be sure. It always hurts when you hear someone lie about you. When you find yourself the scapegoat for a sick man, who should instead be filled with shame.

His words burned, too, because he hurt my best friend.

I’d told her about my experience with Don Burke, back when we were both just 21. She too had been shocked. We had both believed in the TV image he’d sold of a good-hearted man with family values.

Now she is a parent of a child with autism, and had to hear him on national TV suggesting that his words to me were a symptom of “self-diagnosed” Asperger’s.
I could tell how angry she was from her silence.

All day she was seething. Then I received this message from her: “If this is a witch-hunt, sign me up. I’ll start the fire!”

I already knew the taste of that anger.

I had imagined how much I’d relish the chance to tell Don Burke, “We are the grand-daughters of the witches you couldn’t burn.”

As a gardener, he should already know the quote: “They tried to bury us. They didn’t know we were seeds.”

Our anger is stirred from something deep in the soul that Don Burke might be a stranger to: a sense of righteousness.

When he tried to defend himself by suggesting we were “fragile”, Don Burke wronged us again.

What he’d failed to realise is something women will deeply understand: We may put up with being hurt ourselves, but women are lionesses for others.
You don’t mess with our sisters.

I spoke to the ABC because I wanted every single woman who has ever been through this to know that it’s not you, it’s the industry.

And it’s Don Burke who has to answer for this, not us.

Our anger is a seed, dispersed by fire. It is spreading fast. Because women all around the world are now realising we are not alone.

Don Burke will watch it from the shadows. But I now feel comforted by the reality. His reckoning has begun.

And the outcry was a vindication. Not just for me, but for every woman speaking up.

I’d first spoken up about sexual harassment to the New York Times, months before the Weinstein story.

It was hard to brave not just being in a front-page story, but being smeared by the man who sexually harassed me.

It’s been hard to put into words how it felt when the #MeToo movement began. This week was a microcosm of that same bittersweet experience. I felt like I’d kicked a hornet’s nest, and I’m now seeing butterflies.

Thousands of women are taking to social media to share their stories of sexual harassment using the #MeToo hashtag.

I was being interviewed by ABC Radio and was asked “how does it feel?”

The presenter pointed out to me that after the horrors I’d been through in Hollywood, there were now 50 people off the record on Don Burke, and another 200 complaints had rolled in, before it was even 12 o’clock.

I hadn’t yet fully taken it in. But the presenter pointed it out. “And now – Susie O’Neill?!”

And it hit me, like the realisation I was still running, but we’d already crossed the finishing line!

It felt great to have an Olympic legend defending us.

It felt inspiring to be able to pass the baton to an eight-time Olympic medallist, knowing she was not just standing by our side, but on our team.

I thank her, for showing Australia the truth, and showing what we stand for as a country too.

I want to hug Susie O’Neill.

Wendy Dent is a freelance journalist, film producer and entrepreneur.