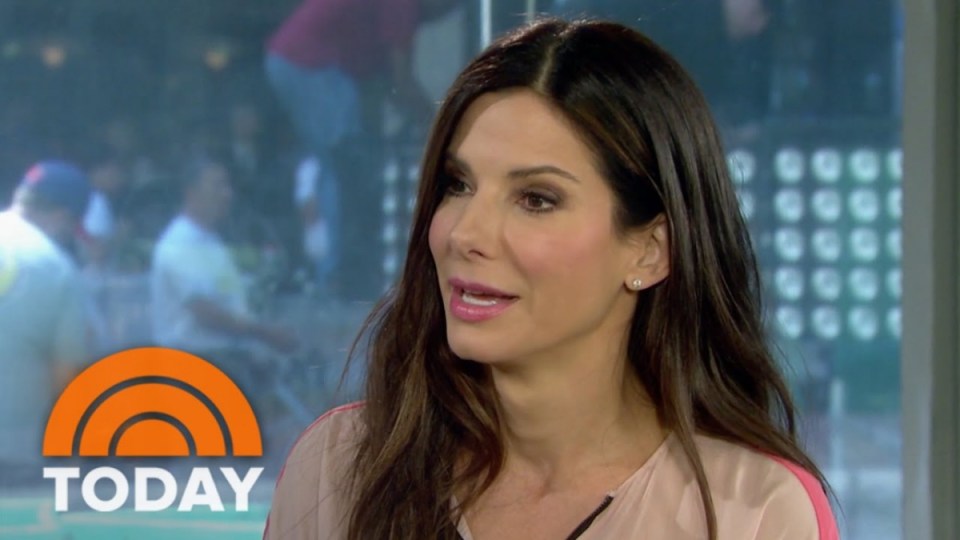 During the 2009 interview to promote Bullock’s comedy The Proposal, Lauer made repeated references to the Oscar winner’s brief nude scene in the film, joking he had photos of her naked as his screensaver.

“The major thing that’s changed since you were here last? I have now seen you naked,” Lauer said by way of kicking off the interview.

“I am so sorry about that, were you able to sleep afterwards?” Bullock joked in response.

But despite Bullock moving to shut down the banter about her nude moment, Lauer was insistent on continuing the joke.

“You’re naked for most of this movie,” he said.

Towards the conclusion of the interview, Lauer once again revisited the topic.

“Did I mention you have a nude scene in this movie?” he asked.

“Pretty much from the time you opened your mouth, yeah,” Bullock shot back.

“No. Not after this interview. I’m outta here,” the actress responded.

The footage has reemerged after NBC News sacked the morning show veteran on Wednesday, citing “inappropriate sexual behaviour in the workplace” and setting up potential chaos at its venerable and lucrative Today franchise.

On Friday (US time), it was revealed NBC wouldn’t be paying out any of the remaining terms of his contract.

Lauer had been a fixture on the program for more than two decades, and served as a connection to morning viewers through several generations. He first joined as a news reader in 1994 before becoming the show’s co-anchor in 1998.

He will not be getting any settlement money, according to two people familiar with the matter. NBC News declined to make executives available for comment.

The former Today anchor was reportedly making anywhere from $US20 million ($A28 million) to $US25 million a year. His most recent deal with NBC was signed in 2016 and was to have kept him on the network through at least 2018.

During a Friday meeting of NBC Nightly News staff, an NBC News staffer asked NBC News President Noah Oppenheim about a potential settlement, according to one of the people familiar with the situation. Attendees were told Lauer was fired “for cause,” this person said. NBC is not paying him beyond his last day of work, according to this person.

To make matters worse, Lauer refused to drop the nude joke when he met Bullock again later in 2009 to discuss her Oscar-winning role in The Blind Side.

“I want to tell you a weird story but a fun story, ok?” Lauer asked Bullock.

“Is it going to make me uncomfortable?” she asked.

“I don’t think so,” Lauer said, “Last time you were on .. I was being sarcastic and I kept saying you were naked in an hour of that movie.”

Lauer proceeded to bring out Andy, an electrician on the Today Show, who had bought a ticket to see The Proposal after Lauer suggested it featured an hour of Bullock’s nude scenes.

“I’m sorry but he went on and on about you being naked so I thought, ‘It’s 11 bucks what have I got to lose?'” Andy said to a bemused Bullock, before Lauer cut in to add:  “He literally came up to me on the plaza and said, ‘I went to see that movie because you said she was naked for like an hour, she was not that naked’.”

“Andy you gotta see this movie,” Lauer continued, “at the end she [Bullock] kisses Kathy Lee Gifford right on the lips.”

“The Blind Side opens nationwide in cinemas on Friday, [Bullock is] not naked for even a second,” Lauer concluded the interview.

In a statement following his sacking, Lauer said he felt “sorrow and regret” for the pain he had caused others.

“Some of what is being said about me is untrue or mischaracterised, but there is enough truth in these stories to make me feel embarrassed and ashamed,” he said.