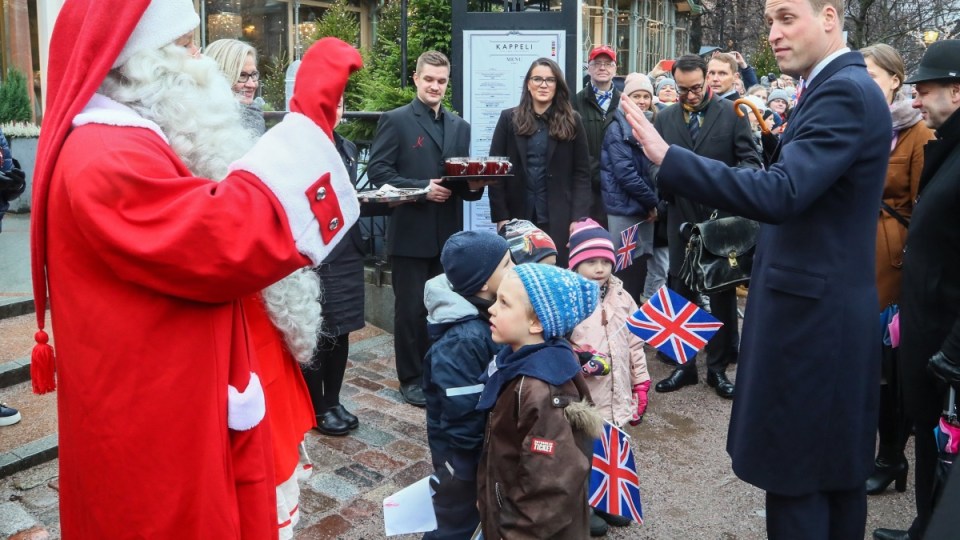 Future king Prince George has just one item on his Christmas list this year.

The four-year-old, who could conceivably expect anything he likes for Christmas, has his mind set on having a police car under the tree on December 25.

The Prince’s slim wish list was personally passed on to Santa by George’s father, the Duke of Cambridge, during an official trip to Finland’s capital city Helsinki.

William met Santa at a Christmas market, where he produced the handwritten note.

“He hasn’t written down many requests, so I think one request is probably OK,” he said.

The form began with the printed sentence: “Dear Father Christmas this year I have been naughty/nice.” George had circled “nice”.

William backed up George’s claim, telling Santa that the Prince had “been a nice boy”.

The form allows for five options, but George offered “police car” – in large writing – as his only option.

And Santa would do well to keep the letter after the future king of Britain  signed his name in big letters at the bottom of the form.

William is scheduled to meet former US vice president Al Gore and Prince Daniel of Sweden at a technology festival while on tour.

William is travelling solo while Kate, pregnant with the couple’s third child due in April, remained at home in London’s Kensington Palace.

Prince George wants just one thing from Santa this Christmas