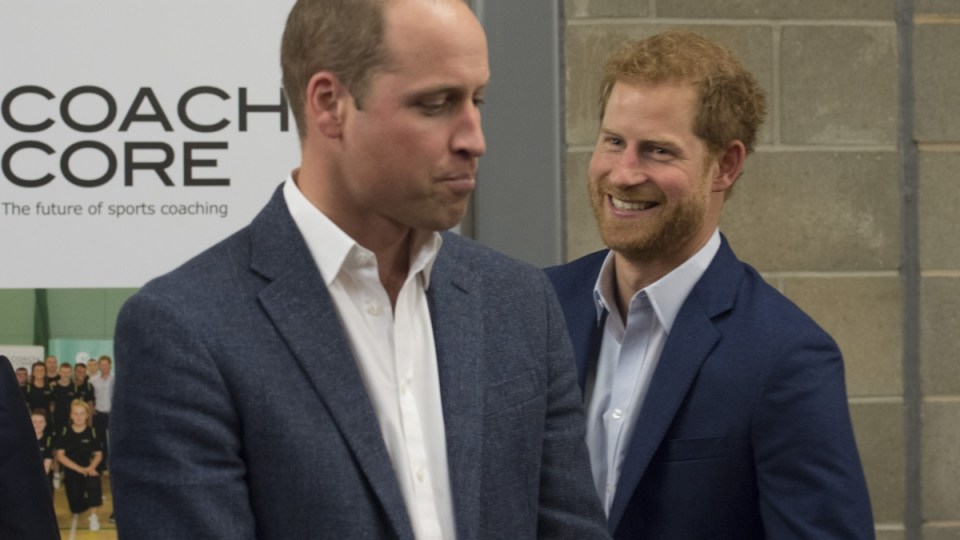 Prince William hopes a married Harry will buy his own food. Photo: Getty

The Duke of Cambridge has revealed the real reason he’s delighted his brother Prince Harry is soon to wed.

Harry will marry American actress Meghan Markle in May next year and Prince William says he hopes their marriage will stop his younger brother “scrounging food” from his fridge.

Asked about Harry’s upcoming nuptials while on an official visit to Finland, William said he wished the couple “all the happiness in this very exciting time”.

But he added: “And for me personally I hope it means he stays out of my fridge, it will stop him scrounging off all my food he’s done over the last few years.”

The brothers are currently neighbours at Kensington Palace.

William, the Duchess of Cambridge and their children Prince George and Princess Charlotte live in an apartment inside the palace, while Harry resides in a cottage on the palace grounds.

On a more serious note, William said: “It’s a fantastic process you go through, the engagement and the build up to the wedding and things like that.

“So they’ve got a lot of happy times ahead of them and I think they’re very caught up in the moment, and I wish them all the happiness and success in planning the wedding. I hope it goes really well.”

Prince William shared his joy at Harry's engagement – not least because he hopes it will stop his brother coming round to raid his fridge pic.twitter.com/TJo4QZEoZd

Harry, 33, and Meghan, 36, announced their engagement Monday and will wed at Windsor Castle in May, after the birth of William and Kate’s third child due in April.

Meghan has long expressed an interest in cooking and she and Harry revealed they were preparing a roast chicken dinner when he popped the question.

Harry and Meghan will carry out their first official engagement together in Nottingham on Friday.

Harry and Meghan will greet members of the public together for the first time before attending an event to mark World AIDS Day.

Royal wedding: The real reason Prince William is happy Harry is about to wed