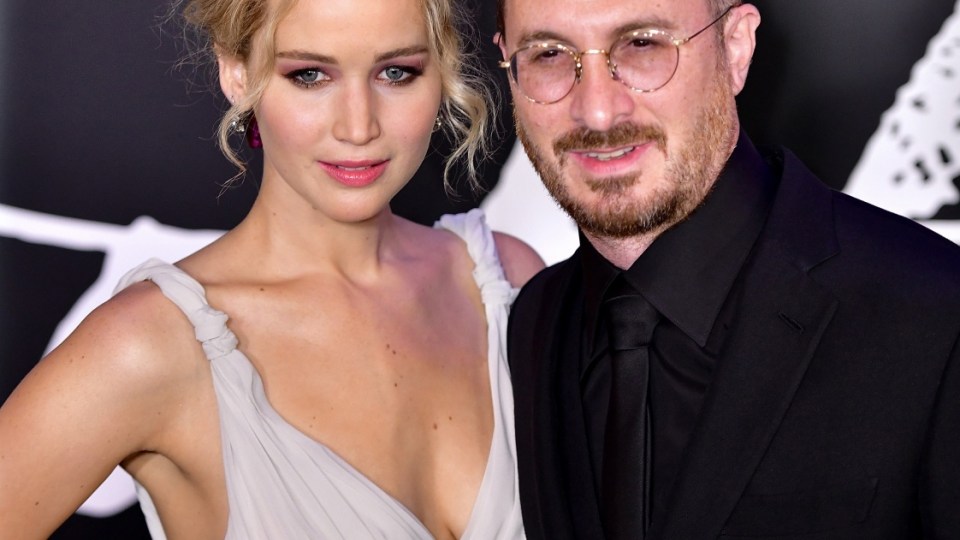 Jennifer Lawrence said her ex-boyfriend Darren Aronofsky only wanted to talk about their film at the end of the day. Photo: Getty

Jennifer Lawrence has identified the catalyst for her split from director boyfriend Darren Aronofsky – and it has a lot to do with bad movie reviews.

In a discussion with fellow movie star Adam Sandler for Variety‘s ‘Actors on Actors’ series, the 27-year-old spoke candidly about her one-year relationship with 48-year-old Aronofsky, which ended earlier this month.

Lawrence said she struggled to maintain a personal life when working with Aronofsky on this year’s horror film mother! in which she played the lead role, while Aronofsky wrote and directed the film.

“Normally, I promote a movie, you put the work in to promoting it, ask people to go see it, and then it’s just kind of out of your hands. I normally just kind of let it go,” Lawrence told Sandler.

“Dating the director was different.”

mother!, which also starred Javier Bardem and Michelle Pfeiffer, was a divisive film thanks to its extreme violence and absurd plot, and Lawrence said she found it difficult to tune out the negativity when dating Aronofsky.

“We’d be on the tour together. I’d come back to the hotel, and the last thing I want to talk about or think about is a movie,” she said.

“He comes back from the tour, and that’s all he wants to talk about and I get it. It’s his baby. He wrote it. He conceived it. He directed it. I was doing double duty trying to be a supportive partner while also being like, ‘Can I please, for the love of God, not think about mother! for one second?’”

Instead, the pair would pore over the negative reviews and dissect them.

“I finally was just like, ‘It’s not healthy’ … because if I read it, I start getting defensive.’ Especially because it’s my man,” she said.

“I don’t want to sound in an interview that I’m defending what we’re doing in any way. It’s awesome, what we did. Some people hate it and the people who hate it really hate it. But it’s nothing that needs to be defended, and if I read a negative review, I just feel defensive.”

Sandler agreed that avoiding reviews was the way to go, before the pair moved onto discussion of how they handle fan encounters.

While Sandler said he enjoys the attention, Lawrence said she became deliberately hostile to avoid her privacy being violated.

“Once I enter a public place, I become incredibly rude. I turn into a huge a–ehole. That’s my only way of defending myself,” she said.

‘It’s not healthy’: Jennifer Lawrence reveals why she and her boyfriend broke up