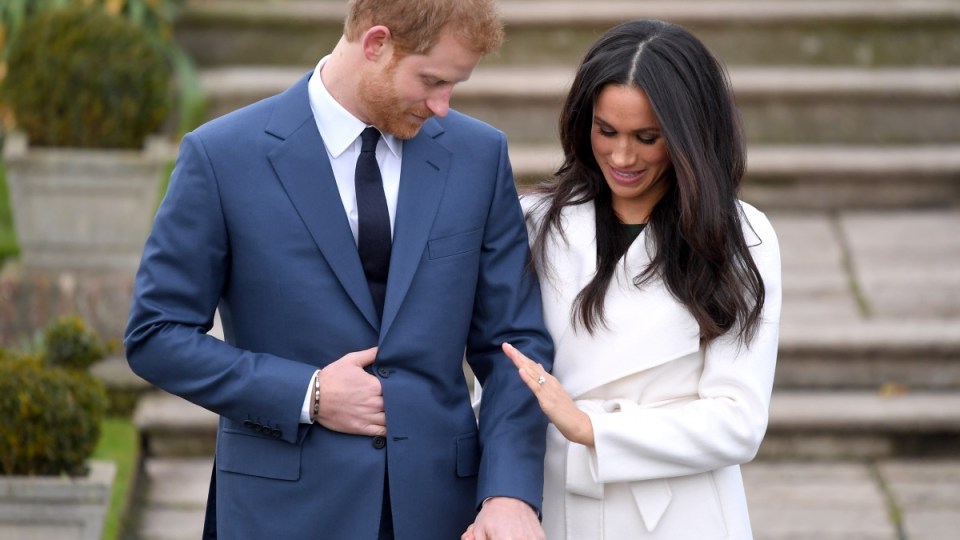 The engagement ring was designed by Prince Harry and is laden with meaning. Photo: Getty

Prince Harry and Meghan Markle appeared before the media outside Kensington Palace shortly after announcing their impending nuptials, and all eyes were drawn to the engagement ring on the soon-to-be-bride’s finger.

And for a fairytale engagement, the story behind the all-important ring did not disappoint.

Designed by Harry, the ring is laden with hidden meaning and embodies the story of the couple’s romance.

The band is made from Markle’s favorite yellow gold and at the centre is a diamond from Botswana – a country Harry has often visited and where the couple first fell in love while camping.

Speaking to the BBC just hours after the engagement was announced,  Markle said the ring was a sign of “Harry’s thoughtfulness”.

Diana famously died in a Paris car crash just over 20 years ago when Harry was 12, and Markle said that wearing something that belonged to Harry’s mother was important to her.

“Obviously not being able to meet his mum, it’s so important to me to know that she’s a part of this with us,” she said.

“And I think in being able to meet his aunts and … different people who were so important to his mum, I’m able to, in some way, know a part of her through them and of course through him.”

“And it’s incredibly special … to be able to have this, which sort of links where you come from and Botswana, which is important to us … it’s perfect.”

The ring was made by the official jewellers to Queen Elizabeth, Cleave and Company.

Harry said Markle and his mother would have been “thick as thieves”.

Prince William paid a similar tribute to Diana in 2010 when he proposed Kate Middleton, with a diamond-encrusted ,18-carat sapphire ring that once belonged to his mother.

The ring was created by jewellers Garrard and Co, and was not custom-made.