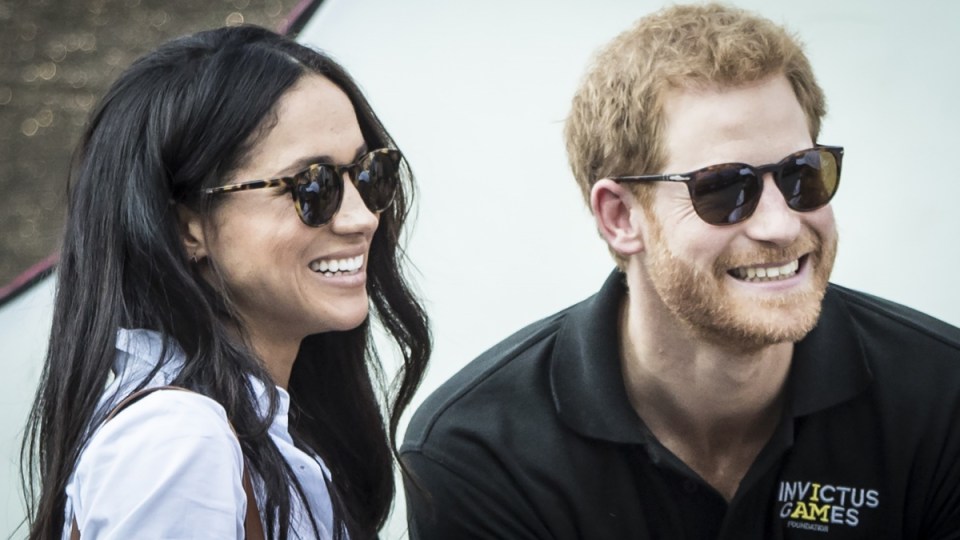 Britain will host a royal wedding next year with the announcement Prince Harry is engaged to American actress Meghan Markle.

The Prince, 33, proposed to Markle, 36, in London earlier this month according to Clarence House, which broke the news at 10am on Monday (UK time).

The couple sat down for a live interview on the BBC just hours after the announcement, during which Harry revealed the couple met on a blind date and Markle said despite their long-distance romance they “never went longer than two weeks without seeing each other.”

The meeting was set up by a mutual friend and Harry had no idea who Markle was and had never watched the US TV show Suits, in which she plays a paralegal turned lawyer.

They clicked instantly on a couple of dates, then “I think about three, maybe four weeks later I managed to persuade her to come and join me in Botswana,” said Harry.

“And we camped out with each other under the stars … she came and joined me for five days out there, which was absolutely fantastic.”

Harry said he proposed earlier this month during a “standard, typical night for us” at his home in his Kensington Palace apartments as the couple were cooking roast chicken for dinner.

“It was just an amazing surprise. It was so sweet, and natural and very romantic,” said Markle, who wore a dress from vintage label P.A.R.O.S.H and Les Plaisirs gold and opal earrings for the sit-down.

Harry said he popped the question on bended knee and Markle didn’t even let him finish the proposal.

“She said ‘can I say yes’. Then there were hugs and I had the ring in my finger,“ he said.

Watch the full interview below:

The couple earlier posed for photographers outside Kensington Palace in London, where they will live.

Harry said he was “thrilled” with the engagement, while Markle said she was “so very happy”.

Markle, wearing a white Line the Label coat (the Canadian brand’s website crashed shortly after the photocall) and Aquazzura ‘Matilde’ nude pumps, held Harry’s hand as they appeared briefly at the palace’s Sunken Garden, and showed off her diamond engagement ring.

Asked by a reporter when he knew Markle “was the one”, Harry said: “The very first time we met”.

The royal decree issued by Harry’s father Prince Charles that morning announcing the engagement sparked excitement and speculation in Britain and the US.

“His Royal Highness The Prince of Wales is delighted to announce the engagement of Prince Harry to Ms Meghan Markle,” the official decree said.

“Prince Harry has informed Her Majesty The Queen and other close members of his family.”

The wedding will take place in the northern spring, and will be the biggest royal nuptials since Harry’s brother Prince William wed Kate Middleton in 2011.

It is the first time a direct heir to the throne will marry an American since King Edward VIII abdicated to marry Wallis Simpson in 1937.

The Prince of Wales is delighted to announce the engagement of Prince Harry to Ms. Meghan Markle. pic.twitter.com/zdaHR4mcY6

In a statement, Queen Elizabeth and Prince Philip said they were “delighted for the couple and wish them every happiness”.

The announcement followed weeks of speculation in the British and international press that an engagement was imminent.

“We are very excited for Harry and Meghan,” said the Duke and Duchess of Cambridge in a statement.

“It has been wonderful getting to know Meghan and to see how happy she and Harry are together.”

Just a week ago, on November 20, Markle moved in to Nottingham Cottage, Harry’s two-bedroom house in the grounds of Kensington Palace, after wrapping up her high-profile role on TV legal drama Suits, which was filmed in Toronto.

They will continue to live in the modest home – neighbours include the Duke and Duchess of Cambridge and their children – after the marriage.

Clarence House confirmed both families had given their blessing to the union, and that the groom-to-be sought the permission of Markle’s father Thomas Markle, an Emmy-winning lighting director, and mother Doria Ragland, a travel agent turned yoga teacher.

“We are incredibly happy for Meghan and Harry,” the bride-to-be’s parents said in a statement.

“Our daughter has always been a kind and loving person. To see her union with Harry, who shares the same qualities, is a source of great joy for us as parents.

“We wish them a lifetime of happiness and are very excited for their future together.”

Because Markle is not a member of the Church of England and is divorced (she split from producer Trevor Engelson in 2013 after two years of marriage) she and Harry might prefer to wed at the smaller St Paul’s rather than Westminster Abbey.

It is believed that if the Queen gives him a royal dukedom like Prince William received, Prince Harry will be made the Duke of Sussex on his wedding day.

The happy couple were introduced by a mutual friend in July 2016 and quickly became as inseparable as their long-distance relationship allowed.

The prince publicly confirmed their relationship months later in an unprecedented statement which told the world’s media to back off.

Markle – who once wrote she is just “a California girl who lives by the ethos that most things can be cured with either yoga, the beach or a few avocados” – visited her boyfriend in London when her schedule allowed.

Last year, they chose a Christmas tree together from a local market, dined at Soho House and went to the theatre.

She was his plus-one at a friend’s wedding in the Caribbean and watched him play polo in the UK, while he squeezed in visits to her rented Toronto home.

In 2017, Markle was spotted walking around Prince Harry’s neighborhood in Kensington, carrying shopping bags and flowers and dropping into a spa on the eve of Pippa Middleton’s wedding.

But it was not until September they made their first public appearance together at the Invictus Games in Toronto, a sports event for wounded veterans. Shortly after, Markle was invited to Buckingham Palace for tea with the Queen.

In another sign things were becoming serious, she gave an interview and cover shoot to Vanity Fair’s October issue, clearly with the tacit approval of the royal family, explaining her relationship with Harry.

I can tell you that at the end of the day I think it’s really simple … I’m still the same person that I am, and I’ve never defined myself by my relationship.”

She and Harry, said Markle, are “two people who are really happy and in love. We’re a couple. I hope what people will understand is that this is our time. This is for us. It’s part of what makes it so special, that it’s just ours”.

While Harry is fifth in line to the throne, Markle’s maternal great great great grandfather was reportedly a slave on plantations in Georgia before being freed.

She grew up in Los Angeles, and while her parents split up when she was two, their relationship stayed amicable. She said this year: “My dad would come on Sundays to drop me off, and we’d watch Jeopardy! eating dinner on TV trays.”

At 18, she left home for the Northwestern University in Illinois and double-majored in theatre and international relations, which scored her a job at the US Embassy in Argentina.

Markle gave up diplomacy for showbiz, becoming a Deal or No Deal briefcase girl and landing minor roles before scoring the role of sexy paralegal turned lawyer Rachel Zane in Suits.

But, like her fiancé, her passion is philanthropy. She is a United Nations women advocate and has worked for World Vision, plus visited Rwanda and other countries to work on charity and humanitarian projects.

“When you’re talking to her, you feel like you’re the only person on the planet. And it’s just wonderful to see her so in love.”