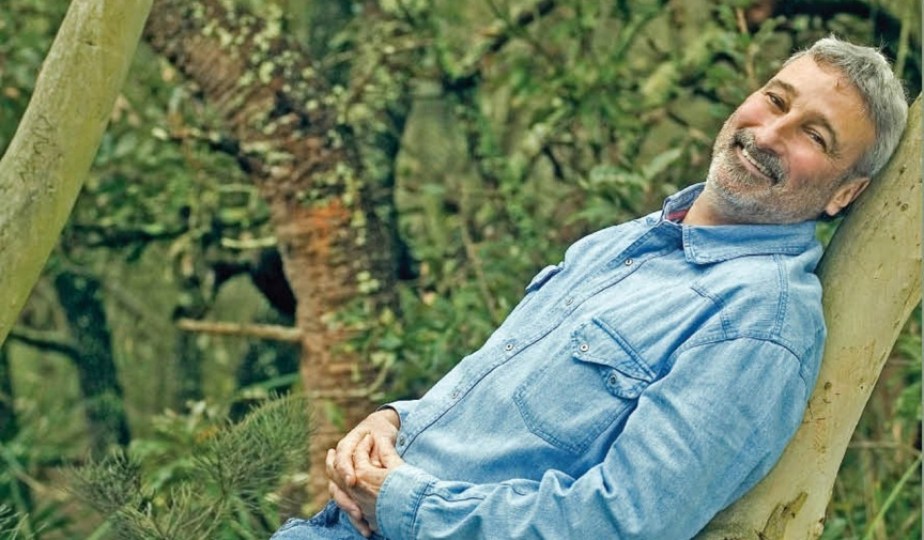 Australian TV icon Don Burke has been accused of indecent assault, sexual harassment and bullying women during his time as the top-rating star of Channel Nine’s Burke’s Backyard.

A joint ABC/Fairfax investigation uncovered claims from a number of women who worked with Burke in the late 1980s and 1990s.

It comes in the wake of the Harvey Weinstein scandal, with women all over the world revealing their experiences of workplace sexual harassment.

Unlike Weinstein, Burke is not accused of rape, but the Sydney Morning Herald reported that the more than 50 people interviewed during the investigation made serious allegations about Burke’s actions.

Two former TV researchers claim Burke groped their breasts, while a young actress claims he told her she would have to do an audition topless for his G-rated show.

One of the researchers said Burke once showed her a bestiality video. She also said on another occasion he attempted to remove her clothing and put his hand down her top while the two were travelling for work in central Australia.

The second researcher said the TV star once grabbed her breast while they were alone on a rooftop above their production office to demonstrate how he would read nametags at cocktail parties as an excuse to grope women.

In a statement on Sunday, Burke strenuously denied all the allegations. He said they were “baseless” claims of ex-employees with grudges.

“The bitter irony is that I have had a life-long opposition to sexism and misogyny,” he said.

“Burke’s Backyard was a lone bastion of anti-misogyny from its inception in 1987.”

He said he had chosen many women to be presenters on the show because they were the best in the field and “not the typical media female aged under-30 and with Barbie-doll figures”.

Journalists and production staff have spoken out about Burke’s sexualised comments, including comments about a younger female relative.

The claims have received some support from three former Channel Nine executives. Former Nine CEO Sam Chisholm described Burke as a “grub” and a “disgrace”.

“Don Burke was a disgrace because of his behaviour internally and externally. This precluded him from ever becoming a major star,” he tod ABC.

Mr Chisholm’s successor, David Leckie, said there were complaints about Burke, but Channel Nine never paid anyone to stay silent.

While no-one has alleged Burke’s behaviour was more serious than indecent assault, Mr Leckie said his general behaviour was unpleasant.

“I’ve been trying to think of Harvey Weinstein-type people, and the only one I can ever come up with is Burke,” he said.

One former entertainment writer said he once interrupted an interview to tell her she would be a “demon f***”, and that he bought a horse for a female relative so he could watch her “rub her c*** on its back”.

The journalist said she gave the taped interview to Channel Nine and received a bunch of flowers.

The claims raise serious questions about why Channel Nine did not act on complaints about Burke’s inappropriate behaviour towards women.

Former colleagues told the ABC it was tolerated because he was such a big money earner for the network.

Burke’s Backyard was one of the most popular shows on Australian TV for 18 years until it was unceremoniously axed in 2004.

It was produced in-house at Channel Nine for its first four years until Burke established his own production company, CTC, which stands for Cut The Crap.

The show was always dogged by rumours that Burke, its creator and host, was a tyrant who was extremely difficult to work with.

This is the first time women have publicly alleged his behaviour extended to sexual misconduct.

Louise Langdon, who moved to the US nine years ago and is now a psychologist, worked as a researcher on Burke’s radio and TV programs in the 1980s.

“Dealing with Don Burke was an endurance test in terms of his persistence in commentary about anything sexual,” she told the ABC.

“He would often refer to a video he had in his possession which showed a woman having sex with a donkey.

“He encouraged me to look at this video which was exactly as he described it. I was just speechless. What do you do when your boss is showing you this thing?”

Ms Langdon said during her career Burke’s behaviour escalated and on a number of occasions he indecently assaulted her.

“It was things like pulling at my bra strap, flicking a bra strap … pulling up my shirt to see what colour underwear I was wearing,” she said.

She said while travelling for a radio broadcast in Alice Springs, Burke sat next to her on a shuttle bus, put his hand down her top and tried to remove some of her clothing.

“He decided that it was okay for him to put his hands on my T-shirt and try and pull my bra strap, my bra, off and somehow remove my clothing. He was trying to take my top off,” she said.

In his statement, Burke insisted this incident never happened.

Bridget Ninness was Burke’s main female producer for seven years. She said she was never sexually harassed by Burke but she was bullied relentlessly.

“He was lewd. He was lewd and he was crude and he loved …to shock you, it was always of a sexual nature so it was always designed to confront you and to demean you,” she said.

Burke said in his statement that he “absolutely” disputes claims of bullying made against him.

Ms Ninness said the final straw came years later, when Burke referred to a young researcher as a “dumb slut”.

She said she stood up for the woman and was demoted. She decided to take legal action, and spoke to then Channel Nine boss David Leckie about what she was planning.

“He said to me ‘Think seriously about that, Bridget. Don is a major money earner for this network. We wouldn’t want to crush you’.”

Mr Leckie insisted there was “no way” he would have said something like that and he didn’t recall Ms Ninness approaching him.

Wendy Dent met Burke at the Melbourne Garden Show in the mid 1990s. The then 21-year-old was hired to perform as children’s entertainer, Stardust The Fairy.

“He came over and chatted with me and the crew, and it was at some point then I said ‘I’ll give you a fairy wish’, which was part of my routine,” Ms Dent told the ABC.

“He kneeled down in front of me and the crew and entourage, and onlookers were gathered around, and he was kneeling in front and I said ‘Close your eyes and think of a wish and if you really truly believe in it, it will come true’.

“I wave my wand over him and then I throw stardust over him and I said ‘Okay, now open your eyes’. And he said, ‘It didn’t work, you’ve still got your clothes on’. It stunned me.”

Ms Dent said a crew member later warned her to be careful of Burke. But when Burke offered her the chance to appear on his show, she decided to take him up on it because it was such a huge opportunity.

Talking to Burke on the phone, the gardening guru suggested Ms Dent had “real charisma”.

“He was talking to me about being able to help make my TV career, but starting with having me on Burke’s Backyard as kind of a featured mermaid. And he suggested, ‘Well you’ll have to audition, but you’ll have to be topless’.”

With that remark Ms Dent said she politely declined his offer and hung up, in shock.

Opposition leader Bill Shorten told ABC radio Monday morning that if true, anyone in the media industry who knew about the “sickening” alleged actions of Burke and turned a blind eye should be condemned.

“It is sickening stuff, it is shocking stuff,” Mr Shorten said.

“Millions of Australians have watched this show on television and I think they will be shocked.”