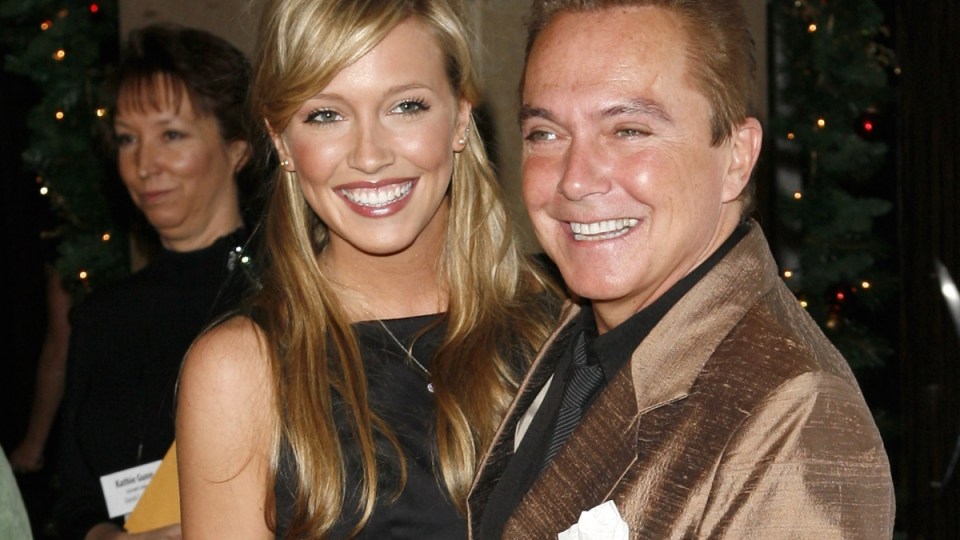 In February this year, David Cassidy revealed he was no longer in contact with daughter Katie (left). Photo: Getty

The daughter of late teen idol David Cassidy has revealed his tragic last words, offering an insight into the 67-year-old actor and musician’s life regrets.

Katie Cassidy, 30, took to Twitter on Saturday to address the loss of her father, who died in a Florida hospital on Wednesday after suffering organ failure following a battle with dementia.

“Words can’t express the solace our family’s received from all the love and support during this trying time,” Katie wrote.

“My father’s last words were, ‘So much wasted time’. This will be a daily reminder for me to share my gratitude with those I love as to never waste another minute … thank you.”

Words cant express the solace our family’s received from all the love & support during this trying time. My father’s last words were “So much wasted time”. This will be a daily reminder for me to share my gratitude with those I love as to never waste another minute….thank you.

The Partridge Family star had a strained relationship with his only daughter, who was primarily raised by her mother, model Sherry Williams, and stepfather, Richard Benedon.

In February this year, Cassidy, who battled drug and alcohol addiction in his later years, revealed he was no longer in contact with Katie.

“I’ve never had a relationship with her,” he told People magazine.

“I wasn’t her father. I was her biological father but I didn’t raise her. She has a completely different life.”

However, the former heartthrob said he was “proud” of his daughter, who has enjoyed a successful television career, with roles on Gossip Girl and Melrose Place.

In a 2009 interview when the father-daughter pair were still speaking, Katie told People she considered her dad to be her “friend”.

“To be able to go to someone I’m genetically linked to, tell them anything and know that they’re not going to judge me—it’s unbelievable,” she said.

Despite his rocky relationship with his daughter, Cassidy said he had a strong bond with his 26-year-old son Beau, whose mother is Cassidy’s ex-wife, Sue Shrifin.

“He’s just one of the best people you’ll ever meet in your life and it’s that that I’m proud of,” he told People on Beau this year.

Following his father’s death, Beau posted a tribute to him on Instagram, sharing an old family photo with the caption: “I’ll always, always love you.”

Cassidy only had two children but was married three times throughout his life, first to actress Kay Lenz in 1977 for six years, followed by horse breeder Meryl Tanz in 1984 for two years and finally tying the knot with businesswoman Shrifin in 1991.

Their divorced was finalised in 2016, a year after Cassidy filed for bankruptcy.