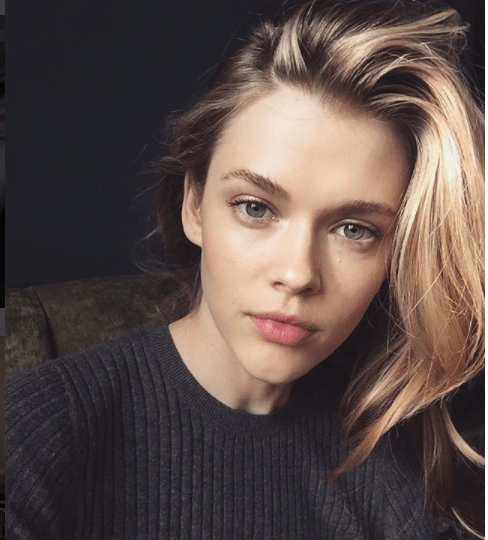 Even as Victoria’s Secret model Victoria Lee was making national headlines as the new David Jones ambassador, locals in her tiny rural hometown of Narrandera, NSW, were taking it in their stride.

Publican John at the Murrumbidgee Hotel said that although by lunchtime on Thursday nobody had raised a toast to their famous export and her big news, “the whole town knows her and we’re all happy”.

Happiest of all were Victoria’s parents, Jacqueline and Chris, a funeral director. They raised their daughter with her brother Alex in Narrandera (population 3871), where she was dux at the high school, worked in her mother’s toy shop and rode motorbikes.

“There’s no airs and graces here,” Jacqueline Lee, laughing, told The New Daily. “Although when she comes home I think, ‘Oh gosh, I better do a quick dust of her bedroom’.”

The Lees are “just so delighted” with Victoria being signed to the iconic DJs role, which previously has been held by Megan Gale and Miranda Kerr, and is currently shared with Jessica Gomes and Jesinta Campbell.

“To us, she is the perfect fit. All her values fit seamlessly with those of DJs,” said Jacqueline. “They’re both quality and class.”

Signing the 26-year-old to the ambassador job is a win on two fronts for the 179-year-old department store: she will appeal to a younger clientele and audience, and given her career is just starting to fire, it’s a safe bet she was signed up for less than Kerr, her most famous predecessor.

Also a Victoria’s Secret star, Kerr broke up with DJs in 2013, reportedly after contract negotiations fell through, and was replaced by Gomes and Montana Cox.

Stepping into shoes formerly worn by Kerr will likely catapult Lee into household name status as she represents David Jones’ portfolio of international and local designers.

“It’s such an honour,” said Lee. “This is most certainly a career highlight and something I am really proud of.”

So far, she’s walked the runway for Ralph Lauren and Diane von Furstenberg, been featured in French Elle and Italian Vanity Fair and fronted campaigns for Calvin Klein and Seafolly. Next up: shooting the store’s autumn/winter campaign with Gomes and Jesinta Campbell.

“We have no doubt our customers will respond to her favourably,” David Jones CEO David Thomas told The New Daily.

Why was she chosen? Said Thomas: “Her warm, engaging nature and down-to-earth attitude has contributed to her huge success overseas and set her apart amongst other faces.”

From the family home, Jacqueline Lee agreed her daughter is a natural.

“What you see is what you get – all the old clichés, but it’s true,” she said. “She is just a delight, and she’s genuine and very hard working.

“Victoria is a high-achiever. She has brains as well as beauty, is very sporty – she’s a very good distance runner.”

As a child, Lee’s beauty would turn heads – “Once in Melbourne when she was a toddler, one couple looked at her and said, ‘We want one like that’”, said Jacqueline – but she was a tomboy with no interest in fashion.

“She got her first set of heels when she went to Sydney at 16 to do her first fashion show,” she said.

Seven years ago, Lee chased her modelling dreams by moving to New York, where she has been dating art director Matt McDonald for about five years.

Her days start with watering her plants, seeing her trainer – she swears by dance cardio, boxing and ballet classes – and phoning her family. Her health secret? On flights “I like to take an avocado and some hard boiled eggs with me”.

Lee “doesn’t get home as often as we’d like, but she’ll be back at Christmas”, Jacqueline told The New Daily. “She’s a foodie so she likes cooking, she likes to sit in the garden and read.”

As for celebrating the big news, Jacqueline said the family first cut loose when she landed the high-profile Victoria’s Secret job.

“I had a bottle of Moet champagne in the fridge literally for years. I said, ‘I’m not opening it until she get Victoria’s Secret’,” she said. “Then she rang up and said, ‘You can get it out now’.”