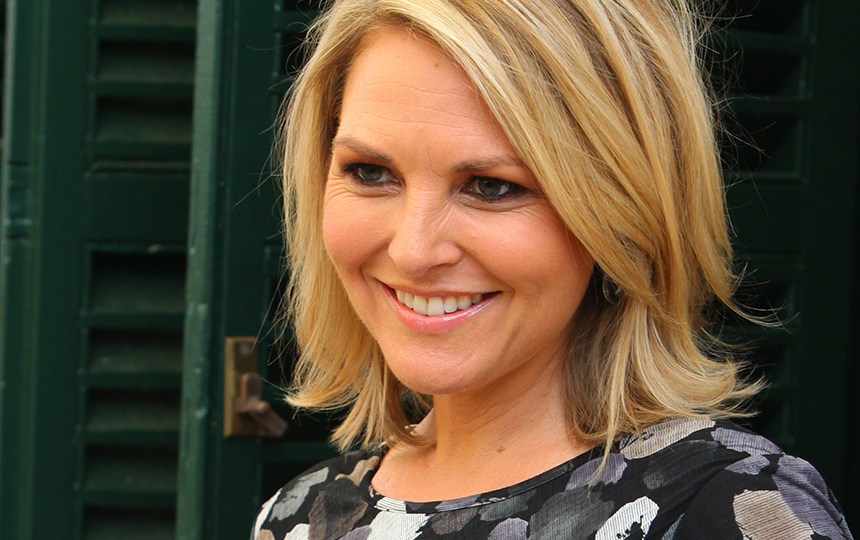 “Absolutely she’s excited,” says a Nine source, who said Gardner’s enthusiasm when it was announced on the Nine breakfast show this morning that she had scored the plum gig was “utterly genuine.”

Gardner, 46, said as much: “When this opportunity presented itself I decided to grab it with both hands and run with it,” she told 9Honey.

She is returning to the Nine flagship show after quitting in 2014 after seven years as newsreader to spend more time with her family – husband Tim Baker, and children Bronte, 12, and Angus, 10.

“I do know what I’m getting myself into setting not one alarm, but two alarms every night,” she said.

“My greatest challenge will be getting sufficient sleep and learning to prioritise so that my work life and home life can equally get the best of me.”

She even admitted she’s “not going to miss the mechanics” of the school run.

“The mornings consist of, ‘Have you packed your bag, have you brushed your teeth, those socks aren’t clean.’ I am not going to miss that one aspect.”

Gardner was mooted as an early favourite to take the job after Wilkinson’s shock exit in October, but there were reports she and co-host Karl Stefanovic, 43, have a rocky history.

@kstefanovic you're hilarious. Sort of. Can't wait to work with you again my friend @thetodayshow xx

Gardner said she’s ready to work with Stefanovic again: “You can never predict what’s going to come out of Karl’s mouth and that is part of the excitement. He’s going to absolutely keep me on my toes and my challenge is to do the same for him.”

Because she’s a close friend of Wilkinson’s, Gardner “would be across Lisa’s frustrations with the show of late, not to mention why she left as newsreader in the first place,” a TV source told The New Daily.

“She doesn’t suffer clownish behaviour and that’s often the realm of morning television.”

Stefanovic said on Today this morning it will be great to have her “wicked sense of humour” back on the set.

“She’s also very committed to making sure information is right, in an age when it’s not in a lot of news sources, that’s a great attribute to have.”

While Wilkinson’s commitments with media rivals including the Huffington Post prohibited Nine’s full access to her and therefore limited her value to them, Gardner plans to embrace the network’s multiple digital assets.

“There’s an insatiable appetite for information both on air and off air,” she said. “You just have to roll with it to the best of your ability.”

Until she kicks off her new role in January, Gardner will continue reading the Sydney evening news bulletin until the end of December, then take a summer break with her family.

In the wake of Wilkinson’s much-publicised salary demands – Mr Marks said “she wanted $2.3 million” – nothing has been reported about Gardner’s package.

Said the TV source, “It would be interesting to know if Georgie was prepared to accept less than was offered to Lisa.”