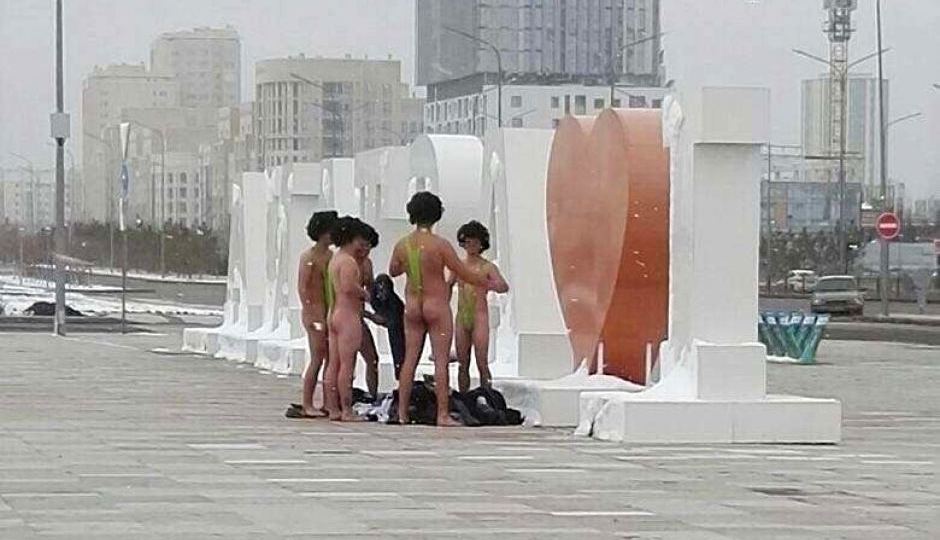 A group of Czech tourists dressed in swimsuits made famous by TV and film character Borat in Astana, Kazakhstan. Photo: AP

Actor Sacha Baron Cohen has offered to pay the fines of six Czech tourists who were arrested in Kazakhstan for wearing a Borat-style mankini in public.

The tourists were reportedly detained by authorities in Kazakhstan’s capital Astana on November 11 after they were spotted wearing lime green “mankinis” and black wigs in front of the I Love Astana sign.

The men were fined 22,500 tenge ($89) each for committing minor hooliganism, according to the Kazakh news website informburo.kz.

“To my Czech mates who were arrested. Send me your details and proof that it was you, and I’ll pay your fine,” he said.

The film offended many Kazakhs by portraying the country as backward and degenerate, and was banned from being distributed in the country.

Kazakhstan also took out a four-page ad in The New York Times to counter the way Cohen’s character depicted the country.

Kazakhstan officials were also outraged after the fake Borat national anthem played when the national shooting team won gold in Kuwait in 2012.

But the country’s foreign minister thanked Borat for massively boosting tourism to Kazakhstan.