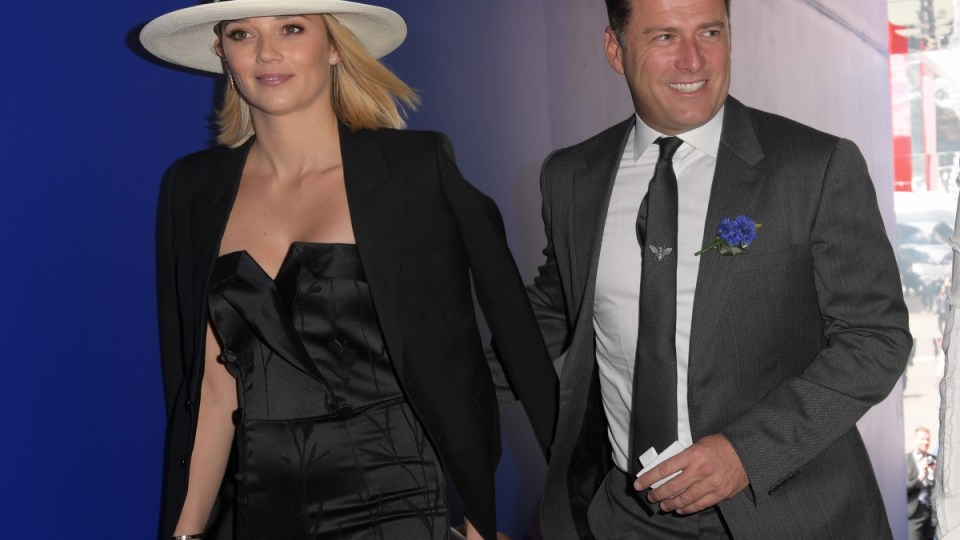 Today host Karl Stefanovic has fired up against Kyle Sandilands after the KIIS FM shock jock read out on live radio a private text message about Stefanovic’s love life.

The drama between the media heavyweights kicked off when Sandilands, 46, left Stefanovic, 43, a voice message asking if a magazine report that he and girlfriend Jasmine Yarbrough are expecting a baby together is true.

Stefanovic – who reportedly had a vasectomy after fathering three children with his ex-wife Cassandra Thorburn – pinged a text message back to Sandilands.

According to the radio host, who read the text out to listeners, it said: “Another load of s**t from Woman’s Day.

“Pretty hard to get preggers when you’re shooting blanks.”

Stefanovic was bemused that his private text to Sandilands ended up as public fodder.

“Our personal messages end up on your bloody show,” he said on the Diary Segment, a weekly wrap up spot on the Kyle & Jackie O Show.

The background to the story is that Woman’s Day splashed a Stefanovic story on November 13, saying “it is believed” model Yarbrough “could be in the early stages of pregnancy”.

The magazine pinpointed an appearance by Stefanovic and his girlfriend at the Derby Day races on November 4, saying, “Indeed, the 33-year-old couldn’t hide the beginnings of a baby bump as she posed in a black jumpsuit.”

The story claimed Stefanovic reversed his vasectomy during a recent trip to Los Angeles.

But speaking on behalf of the spotlit couple, Stefanovic’s agent Sharon Finnigan slammed the story, calling it “absolute bullshit.”

For 12 months, “this magazine has printed untrue stories about Karl and Jasmine and this is just another one of them,” Finnigan told The Daily Telegraph.

Despite their reported anger over the pregnancy buzz, Stefanovic and Yarbrough looked relaxed stepping out at the GQ Men of the Year Awards at The Star in Sydney on November 15.

Their relationship has attracted headlines since they went public with it in February.

”I certainly did not expect to meet someone five months after I broke up with my wife,” Stefanovic told Stellar magazine.

“That was not planned. I did not know her before.”

They reportedly reached a financial settlement in May, and Thorburn – said to have received $6 million – has cut ties with Stefanovic.

“The children still have a father but I don’t have a husband,” she said in October.

“He really is dead to me and no, we won’t ever be friends again.”