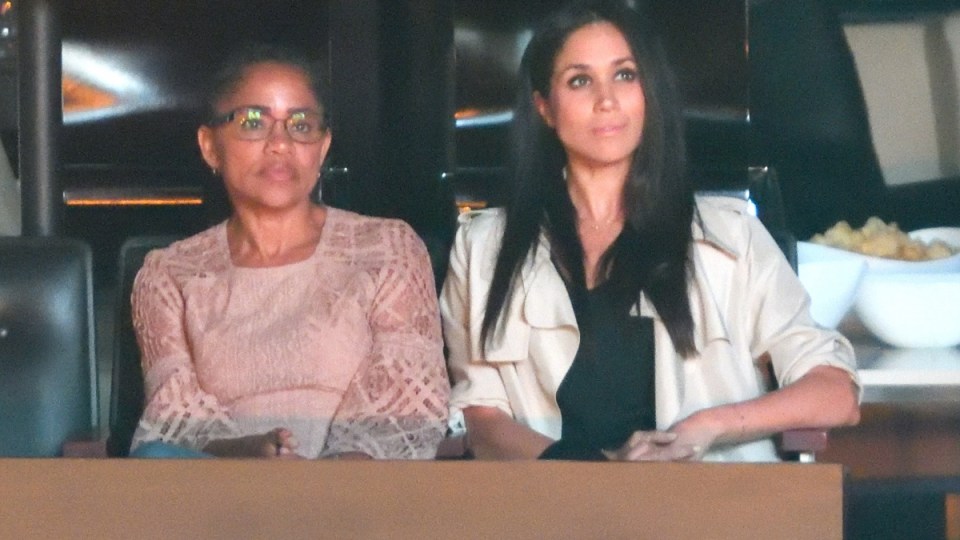 Meghan Markle and her mother Doria Ragland at the Invictus Games on September 30. Photo: Getty

Stepping out at the CFDA/Vogue Fashion Awards in New York in November 2015, Meghan Markle glided through an A-list crowd that included Anna Wintour, Diane von Furstenberg and Demi Moore.

Markle’s dress, a super-short and plunging blazer dress from Nonoo, put her bare legs and décolletage on show, and the Suits actress posed confidently on the red carpet.

Fast forward exactly two years, and a couple of things have changed for Markle, 36, since she became the girlfriend of British royal Prince Harry in mid-2016.

Two: She’s stopped wearing minis or revealing clothes, including her signature pair of shorts for day or night.

“I like longer dresses [these days],” she told Glamour magazine in May of her changing tastes.

“My legs come up to my ears and I’m not very tall, so when I wear a short skirt I’ve got to be really conscious.”

Being a potential princess has meant Markle has had to overhaul her life, from shutting down her beloved lifestyle blog The Tig (which featured bikini photos of her lying around and sipping wine by Italian pools), to being tailed around Toronto by a royal security officer when Harry is in town.

Those switch-ups may have not been noticeable to casual observers, but her fashion makeover has drawn global headlines.

As Cosmopolitan reported, Markle’s new style is most likely because she’s falling in line with the Queen’s reported ‘no knees’ policy, which the Duchess of Cambridge follows to the letter with her favourite knee-length looks.

At October’s Invictus Games, her understated, chic style extended to white shirts and trenches with black skinny jeans, and colour-blocking in a maroon leather jacket and dress.

Even the ripped jeans she wore holding hands with her prince out and about at the Games were modest, and her one-time go-to – towering ankle boots – was replaced by ladylike flats.

Since becoming a royal girlfriend, “On a normal day, I love a shift dress with flats and a little cropped jacket,” she told Glamour.

“That for me is my travel wear if it’s not too chilly – you can throw a scarf over your legs if it’s cold on the plane!”

While she still adores the jeans, top and blazer style of her fashion “spirit animal”, French magazine editor Emmanuelle Alt, Markle is aware her image choices are now widely scrutinised.

“I have now started to do that thing where you tear out pictures for inspiration of how you’re going to dress for the day,” she said.

Along with the overhauled wardrobe, Markle is receiving ‘princess lessons’, according to multiple international media outlets.

The New York Post went so far as to claim Harry is in charge of his girlfriend’s crash course in royal behaviour, to ease her into his world ahead of an official engagement announcement.

The Post said Markle is learning how to address the Queen the correct way, how to fend off fans in a crowd and how to hold cutlery.

Among tips she will reportedly be expected to absorb are that chewing gum is forbidden and nail polish is considered vulgar by the monarch (although Essie’s ‘Ballerina Slippers’ is said to pass muster).