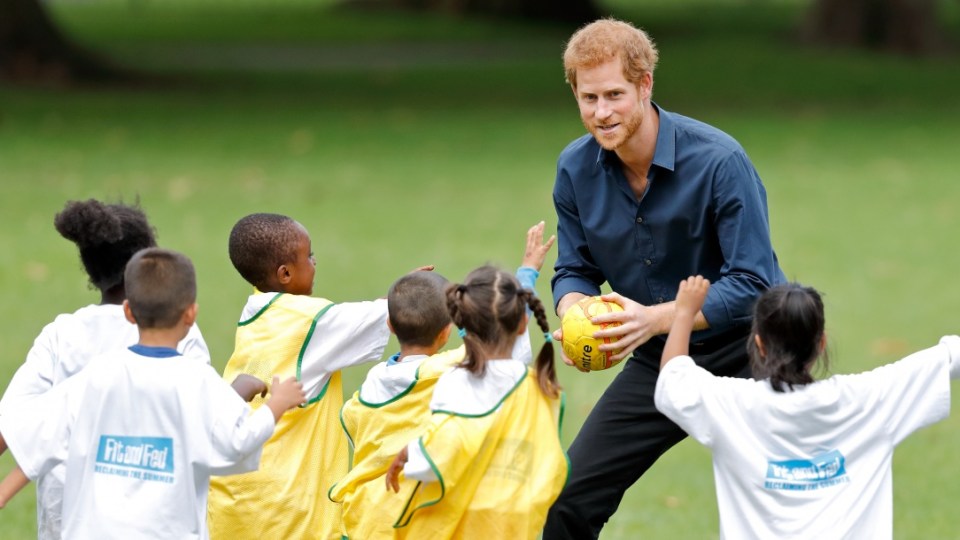 On the eve of Thursday’s 20th anniversary of their mother Princess Diana’s death, princes William and Harry remembered her at Kensington Palace, where she made their childhood home and where they both still live.

Joined by the Duchess of Cambridge, the brothers toured the memorial White Garden, which took six gardeners and volunteers 18 weeks to plant with 12,000 of Diana’s favourite white blooms including tulips, hyacinths and roses.

While the royals were expected to further remember Diana in private –William said last month he “constantly talks about Granny Diana” to his children Prince George and Princess Charlotte – buzz is that once the bittersweet day is over, Harry will have a happier occasion to mark.

If bookies are a decent measure of what’s happening in the world, he and Meghan Markle are soon to go public with news of their engagement, nine months after the palace confirmed the relationship.

Global behemoth Betfair is quoting even-money odds for an imminent announcement about what it called “the most anticipated proposal in years”, and top UK agency William Hill has closed its books on it.

Instead, they’re offering odds on when the next royal wedding will take place, with later this year getting $5 against $1.40 on a ceremony in 2018.

“Harry is a spontaneous chap and the announcement could be sooner rather than later,” William Hill spokesman Rupert Adams told Vogue.

Adding to the intrigue and buzz is that Harry, 32, and Suits actress Markle (who lives in Toronto) have just parted again after a super-private three-week getaway to Africa for her 36th birthday on August 4.

Ladbrokes’ Jessica Bridge said “royal punters” were “convinced” the romantic getaway would have formed the backdrop to a proposal.

The couple kicked off their trip in Botswana, where they reportedly toured UNESCO World Heritage Site, the Okavango Delta.

Their trip – said to have been planned by Harry – also included sailing, camping and spending time together on a private island, said Forbes.

The prince and the showgirl then flew to Zambia where they visited a famously romantic tourist spot.

According to People magazine, they spent several days in an exclusive safari lodge on the Zambezi river, close to the Victoria Falls.

Officials and local hotel and safari staff were reportedly sworn to secrecy about their VIP guests.

The perfect place for a proposal?

Local reports that the couple took a helicopter ride over the falls were unconfirmed, but one source said: “It was a very, very private visit.”

The choice of Africa as a holiday destination is seen as a key factor in the fresh engagement rumours.

Markle’s mother is African-American, and Prince William proposed to Kate Middleton on safari in Kenya in October 2010.

The Queen was also in Kenya when she found out in 1952 her father had died, making her monarch.

Prince Harry’s work with his AIDS charity Sentebale takes him regularly to Africa, and he has said the continent is “where I feel more like myself than anywhere else in the world”.

“I have this intense sense of complete relaxation and normality here.”

So heightened is engagement fever in Britain that global attention was given to a Daily Star story saying Prince Harry has given Markle a $163,000 engagement ring he ordered from a piece of jewellery belonging to Princess Diana.

Another version of the proposal has him popping the question with a ruby ring that belonged to Princess Margaret.