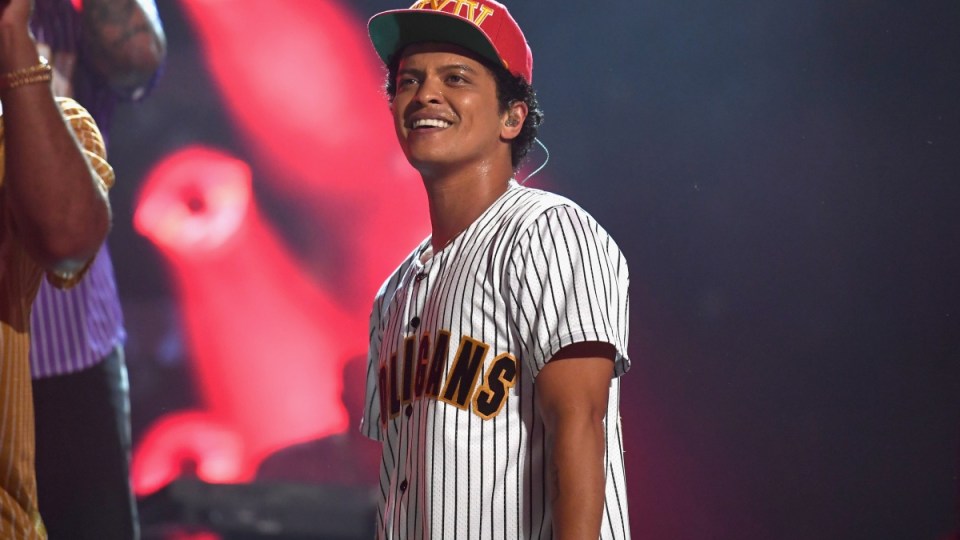 Bruno Mars is the latest celebrity philanthropist to donate to the Flint water crisis. Photo: Getty

Pop star Bruno Mars has made an extraordinary gesture in donating $US1 million ($A1.27 million) from a sellout concert to aid victims of the Flint water crisis in Michigan.

During his 24K Magic concert in Auburn Hills, Michigan, the five-time Grammy Award winner told the roaring crowd he would redirect funds from the performance to the Community Foundation of Greater Flint (CFGF).

The charity is one of many set up to support residents affected by the city’s lead-contaminated drinking water, which forced a state of emergency to be declared in January 2016.

“You guys showed me this much love and support tonight, I want to do something special. Tonight I’m going to donate $1 million to our brothers and sisters in Flint, Michigan,” Mars said at the end of his set at the weekend concert.

In a statement, he added: “I’m very thankful to the Michigan audience for joining me in supporting this cause.

“Ongoing challenges remain years later for Flint residents, and it’s important that we don’t forget our brothers and sisters affected by this disaster.

“As people, especially as Americans, we need to stand together to make sure something like this never happens in any community ever again.”

Above-average levels of lead began to appear in the city water supply in 2014 after the city switched from the Detroit water system to the Flint River to cut costs.

Due to insufficient treatment, more than 100,000 Flint residents have potentially been exposed to tainted water with high levels of lead, which has been linked to an increase in Legionnaires’ disease and a range of other health issues.

As of March this year, the Environmental Protection Agency was still recommending the people of Flint drink filtered or bottled water.

The replacement of lead pipes is not expected to be completed until 2020.

The CFGF, which deals with continued issues stemming from the city’s water crisis, thanked Mars for his generous donation and said the “$1 million gift will be transformative to the children and families of Flint”.

“With a grateful heart, the Community Foundation of Greater Flint is honoured to accept this inspiring donation,” CFGF president and CEO Isaiah Oliver said in a statement.

“We know Bruno Mars’ $1 million gift will be transformative to the children and families of Flint. He understands the issues faced by Flint citizens, and we are touched by his concern and generosity.”

The That’s What I Like singer is one of many celebrity philanthropists to have donated to help the recovery from Flint’s water crisis.

Pop icon Cher, in partnership with water company Icelandic Glacial, donated 181,440 bottles of water to the city in January 2016, with Cher forking out half the cost.

The initial donation of 5000 cases of water grew to the million mark when hip hop artists Eminem and Wiz Khalifa joined in to boost their offer.

Proud to support efforts of @AQUAhydrate in the million bottle water donation for people in Flint. More to come.

Late-night talk show host Jimmy Fallon donated $10,000 to the charity, and called on 10 of his friends to match the figure.