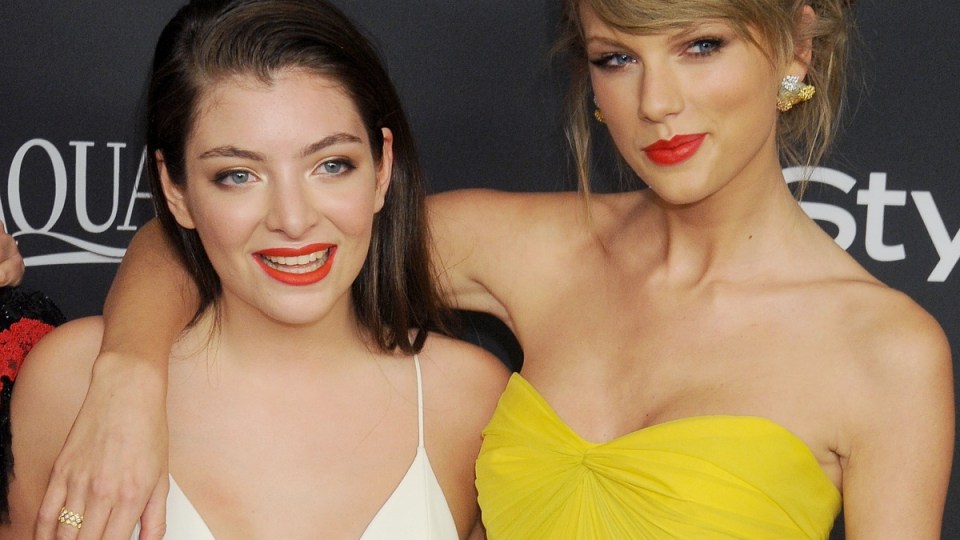 Lorde (left) has been a member of Taylor Swift's posse for four years. Photo: Getty

Lorde has apologised for comparing being in Taylor Swift’s girl squad to being friends with someone with an autoimmune disease.

In an interview with The Guardian, the New Zealand-born singer-songwriter said it was difficult to hang out with someone with Swift’s level of international fame.

“It’s like having a friend with very specific allergies. There are certain places you can’t go together. Certain things you can’t do,” the 20-year-old said.

“There are these different sets of considerations within the friendship. It’s like having a friend with an autoimmune disease.”

Lorde apologised on Tuesday after the comments caused a furore.

“I f***ed up and that was really insensitive. I’m sorry,” Lorde said.

didn't mention taylor, but regardless, i fucked up & that was really insensitive. i'm sorry 🌹

She added she didn’t mention Swift specifically in the initial comments.

Lorde made the apology on Twitter in response to Stephanie Marie, editor of SBS Sexuality, who pointed out both popstars were friends with Selena Gomez, who has lupus disease.

“I wonder how @SelenaGomez feels about this. What an incredibly ignorant analogy to make,” Ms Marie said.

“Seriously ??!! I live with lupus and it’s a struggle every.single.freaking.day. I’m disgusted by your comment and think you really need to educate yourself a bit more on autoimmune diseases,” one commenter wrote.

Another said Lorde did not “understand the severity” of the diseases.

Swift and Lorde have developed a close friendship since meeting in New York in 2013, and Swift even threw Lorde a 20th birthday party in November last year.

It’s not the first time Lorde has accidentally insulted her famous friend.

In a 2013 interview, she described Swift as, “so flawless, and so unattainable” that she wasn’t “breeding anything good in young girls”.

She later clarified her comments in a Tumblr post, writing: “What I meant was: there’s a lot of importance placed on physical perfection in this industry and i wish my favourite stars didn’t look perfect because i think fans (me included) have these feelings of worthlessness.

“TS was the first person I thought of, which I regret.”