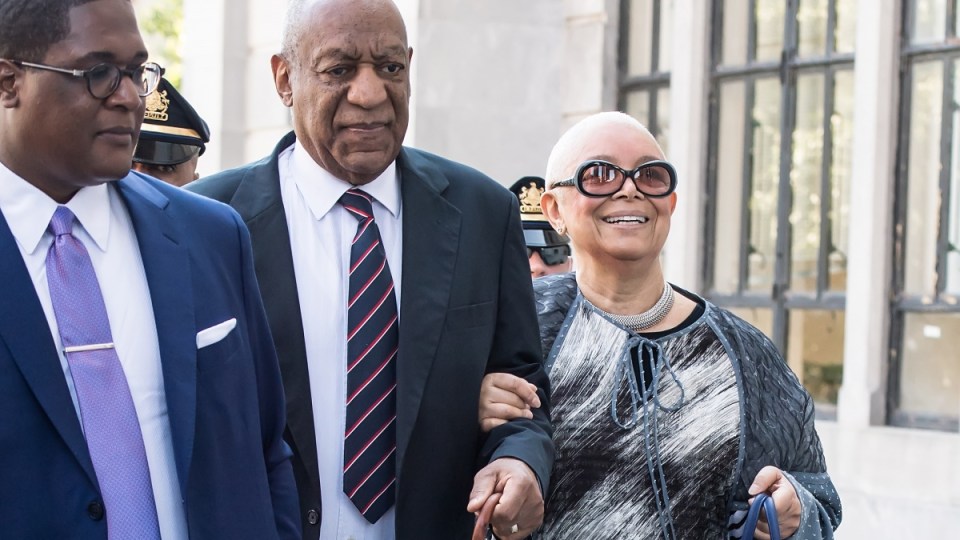 Bill Cosby's lawyers have hailed the hung jury as a victory, but prosecutors have vowed to bring further charges. Photo: Getty

The jury in the Bill Cosby sexual molestation trial has begun deliberations over whether the 79-year-old entertainer drugged and assaulted a woman more than a decade ago.

A conviction could send Cosby to prison for the rest of his life, completing the stunning late-life downfall of a man who was once one of most beloved stars in show business.

The fast-moving case went to the jury of seven men and five women on Day 6 of the trial Tuesday morning (AEST) after closing arguments painted different pictures of what happened between Cosby and Andrea Constand at his suburban Philadelphia estate.

Defence lawyer Brian McMonagle told the jury that Cosby and Constand were lovers who had enjoyed secret “romantic interludes” and that the 2004 encounter was consensual.

Mr MCMonagle said that while the comedian had been unfaithful to his wife, he didn’t commit a crime.

Prosecutors countered by saying “fancy lawyering” can’t save Cosby from his own words – namely, his admission about groping Constand after giving her pills he knew could put her to sleep.

“Drugging somebody and putting them in a position where you can do what you want with them is not romantic. It’s criminal,” District Attorney Kevin Steele said.

After the prosecution took five days to outline its case, the defence case consisted of just one witness – a detective – and six minutes of testimony on Monday.

Cosby did not take the stand, ending days of suspense over whether the jury would hear directly from him.

Legal experts said testifying would have been a risky move that could have opened the star to withering cross-examination about some of the 60 or so other women who have accused him of drugging or molesting them.

He is charged with three counts of aggravated indecent assault, each one punishable by up to 10 years behind bars.