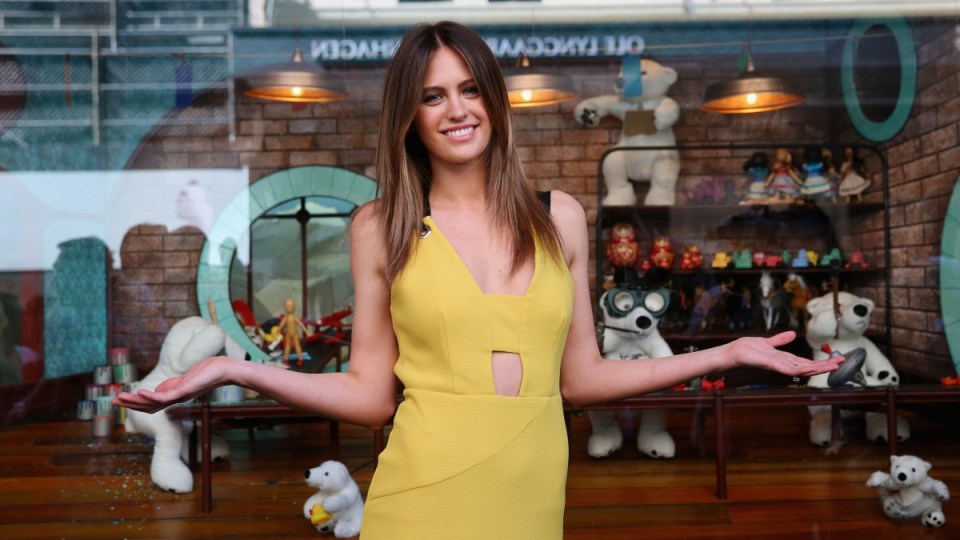 Model and clean-eating advocate Jesinta Franklin has been forced to defend her contract to promote a brand of chocolate amid claims of hypocrisy.

Franklin, who has been on record saying she would not consume soft drink, has decried even fruit juice for its sugar content, was recently announced as the face of Cadbury’s Dark Milk chocolate.

Franklin appears to have gone from health-food advocate and fitness fanatic, to “officially a chocoholic”, as she admitted to Newscorp on Monday.

In February, Franklin, 25, told Newscorp newspapers: “I would never have soft drink in my pantry, and I would never drink it. I don’t like to put that amount of sugar in my body, and I think it’s really toxic for you.”

Franklin was flown to London to do a taste test of the Cadbury range as well as a photo shoot to promote the partnership.

But when challenged on the about-face on Nine’s Today show on Monday, the model and wife of Sydney Swans star Buddy Franklin hit out at the critics and the “journalists [who] have chosen to pick and choose some things I’ve said about healthy eating”.

“After every David Jones show I do, every journalist asks me what is it that you do to indulge or unwind or treat yourself,” she told hosts Lisa Wilkinson and Karl Stefanovic.

“I’ve always said I enjoy a glass of champagne and a block of Dairy Milk chocolate.”

But Wilkinson asked Franklin whether she meant an entire block.

“A proper block!” she maintained.

Franklin went on: “I’ve never promoted a totally sugar-free diet. I’m gluten-free and that’s the only thing I’ve ever said that I totally avoid.”

“If you’re guilty having a couple of pieces of chocolate, how are you going to enjoy life? It really is about balance,” she said.

“I write a whole chapter on it in my book (Live a Beautiful Life) which is why I’m shocked some journalists have chosen to pick and choose some things I’ve said about healthy eating,” she continued.

But several people on social media slammed Franklin for hypocrisy, with nutritionist Susie Burrell saying the case was “another example why we should not listen to ‘celebrities’ when it comes to diet and lifestyle advice”.

“I think when you’re in the public eye, God, people can say anything. And anything to make a story. If the worst thing I can do is have a piece of chocolate, then bloody bring it on,” Franklin told the Today show.