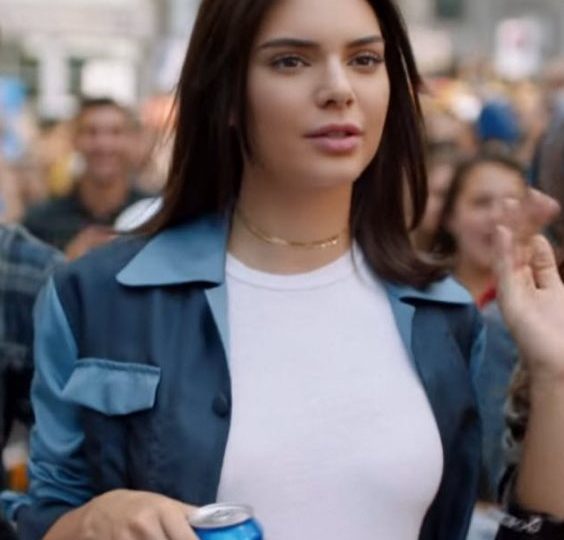 Pepsi has withdrawn an advert featuring Kendall Jenner that infuriated viewers who described it as “tone deaf” and racially insensitive.

“Pepsi was trying to project a global message of unity, peace and understanding,” the company said early Thursday AEST in a statement. “Clearly we missed the mark, and we apologise.”

It said it was “removing the content and halting any further rollout.”

The “Live for Now Moments” ad, released on Tuesday, has Jenner – a member of the Keeping Up With the Kardashians reality TV family – in a platinum wig on a photo shoot as protesters amble by.

She rips off her wig, smears away her lipstick and joins them, eventually handing an officer on the demonstration line a can of Pepsi. 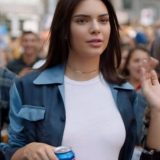 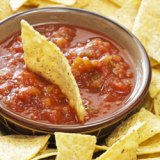 The dodgiest companies of 2015

A woman wearing a hijab photographs the moment before they all dance with joy.

Pepsi had previously said the ad would be seen globally across TV and digital platforms, and had stood by the ad late Wednesday, saying it “reflects people from different walks of life coming together in a spirit of harmony”.

In its statement Thursday, PepsiCo apologised to Jenner for putting her “in this position.”

Critics say the image of Jenner handing the officer a Pepsi evoked a photo of Black Lives Matter protester Ieshia Evans approaching an officer at a demonstration in Baton Rouge last year.

“If only Kendall Jenner had been around to give George Zimmerman a Pepsi,” Fee tweeted.

The 21-year-old also tweeted she was “honoured” to be the first model since Cindy Crawford to star in a global Pepsi campaign.

Crawford starred in a now iconic 1992 ad for Pepsi that aired during the Super Bowl.