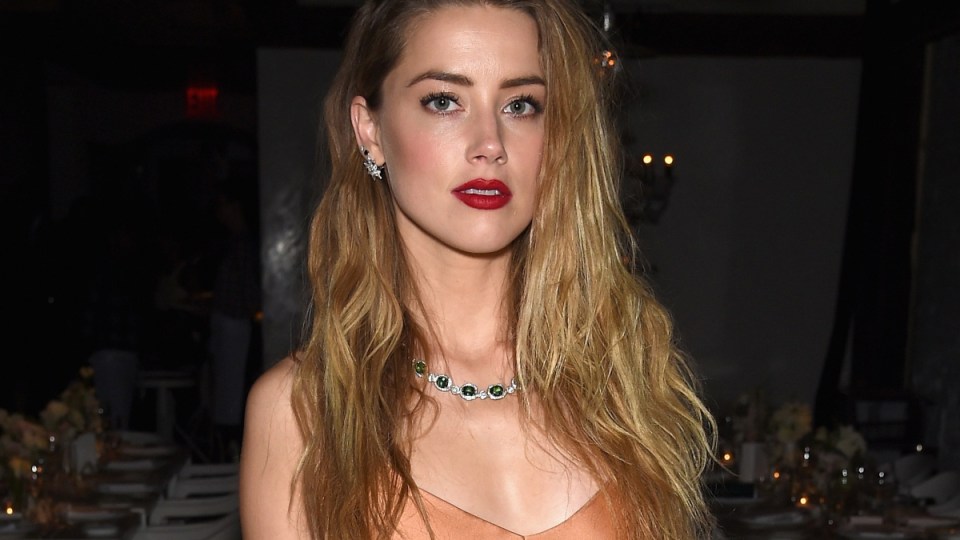 Amber Heard alleges the scene was filmed after she had completed filming. Photo: Getty

Heard has filed court papers accusing Christopher Hanley, the producer of film London Fields, and his wife Roberta of breaking the nudity clause in her contract by secretly using a body double for an “explicit sex scene” and passing it off as Heard without her permission.

Hollywood Reporter has reported that Heard has claimed that in allegedly doing so, the Hanleys had broken Heard’s contract.

The Reporter story said the body-double sex scene involved “a female police officer, a detainee on the hood of a car and a police baton”.

Heard’s lawyer reportedly told a judge: “This case shines a spotlight on the dark underbelly of Hollywood.

“Amber Heard is the latest victim of this lascivious and sexploitive couple. A rising film star, Heard agreed to play the lead in the motion picture entitled London Fields based on Martin Amis’s novel.

“After reading the script, she insisted on specific restrictions about nudity and sex scenes in the film as a condition to agreeing to appear in the movie.

“Hanley … expressly agreed to Heard’s terms, and they were memorialised in the Nudity Rider to her contract,” the papers said.

London Fields was never released after Hanley fired the director, Matthew Cullen, which sparked a publicity and promotion boycott by Cullen and the film’s actors at the 2015 Toronto International Film Festival.

Heard alleges the body-double scenes were filmed after she had completed filming and left the set, and once Hanley had taken over the directing reins from Cullen.

But Heard further alleges that Hanley may have kept photos of her in “various states of undress”.

“Hanley demanded being provided with ‘continuity photos’ of Heard during filming. The photos are said to serve the purpose of ensuring that actors and actresses have makeup in a manner that is consistent from scene to scene,” the Reporter noted.

Heard is reportedly seeking compensatory and punitive damages plus a permanent injunction to prohibit distribution of the version of London Fields.

Heard and Depp filed for divorce in May 2016 and finally reached agreement in a divorce settlement the following August.