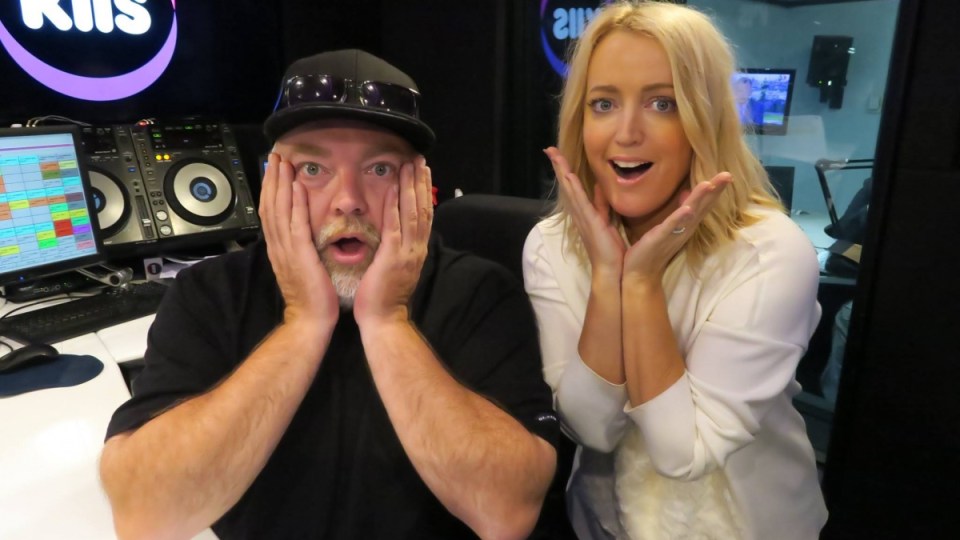 The admission was teased out of the shock jock live on air. Photo: Facebook

The 45-year-old host, no stranger to courting controversy, said he was “shocked” by the revelation the station was “lying” to listeners through “tricky and dodgy editing” and threatened repercussions.

Sandilands’ rant came after a Media Watch investigation aired on Monday night found Nova was conducting “a great big cheat to deceive the audience into thinking there are more [competition] winners than there really are”.

The report found Nova – which has stations in Melbourne, Sydney, Brisbane, Adelaide and Perth – was reusing clips of competition winners and changing references to their location to make it seem as though there were multiple winners across several cities.

A spokesperson for Nova denied any wrongdoing in a statement to Media Watch, saying: Any suggestion of a ‘duplication’ of winners is completely false and baseless.

But Sandilands wasn’t convinced, launching into a vitriolic attack during his morning broadcast on Tuesday and threatening to reveal more dirt on Nova and other stations later in the week.

“Nova, the other radio station, the lesser-known station, jeez they copped a spray and rightly so,” Sandilands told his co-host, Jackie O.

Sandilands referred to the example used by Media Watch, which involved Nova spruiking tickets to the sought-after Adele concert.

“Nova obviously had no money to buy Adele tickets – they must have had one Adele ticket and they’ve tricked everyone by thinking they’re going to the Melbourne show or the Sydney show but there’s only one ticket,” Sandilands said.

“This s*** doesn’t fly here. You give away one ticket that’s fine, but don’t trick us and lie and edit. I know Nova is trying to save money but this isn’t the way to do it. Pull down those billboards.”

Sandilands concluded with an ominous threat to Nova as well as Austereo-owned station 2DayFM which formerly employed Sandilands and Jackie O until late 2013.

“This is only day one. My D-Day for radio bringing down the opposition is on Thursday, write it down in your diaries everyone.

“You should change your billboards to, ‘it’s all over for Nova’ … and those clowns at 2DayFM don’t think you get out of it either, you’re gonna be copping it as well.

“I’ve been digging around, I’ve got some great s*** on people. Things that people have done that are bad. Thursday, write it down. 2DayFM and Nova, you’re in my sights. There’s some bad s*** going on.”