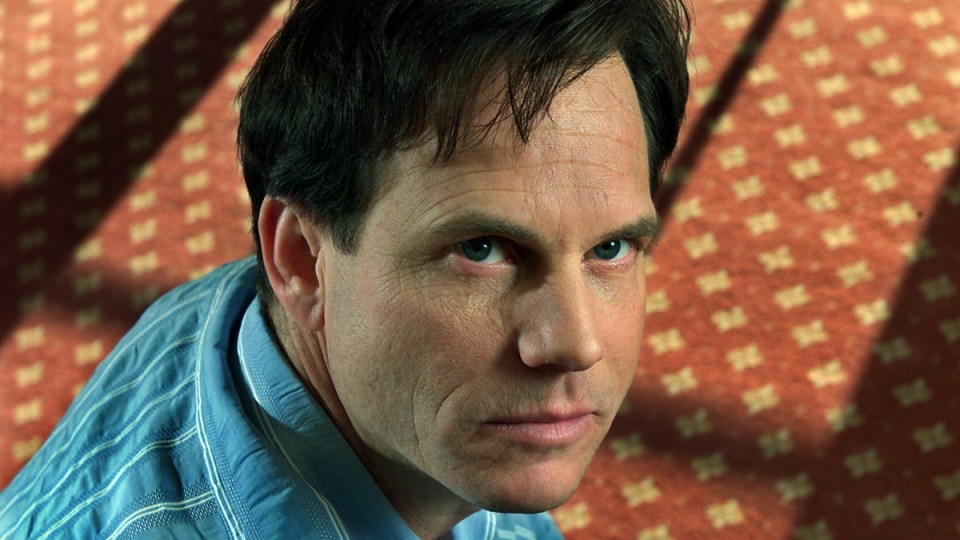 Titanic director James Cameron has paid tribute to Bill Paxton, one of the film’s stars, who passed away at the weekend at the age of 61.

“The world is a lesser place,” Cameron said, as Hollywood reeled from the unexpected death of the youthful actor on the eve of the annual Academy Awards ceremony.

“I’ve been reeling from this for the past half hour, trying to wrap my mind and heart around it,” Cameron said in an email to Vanity Fair magazine. “Bill leaves such a void.”

Cameron and Paxton worked together often on films, including “Titanic,” “Aliens,” “True Lies,” and “The Terminator.” They also teamed on a music video for Paxton’s band Martini Ranch. The director said the two met 36 years ago on the set of a Roger Corman film.

“He came in to work on set, and I slapped a paint brush in his hand and pointed to a wall, saying ‘Paint that!,” Cameron said in the statement. “We quickly recognized the creative spark in each other and became fast friends.
“What followed was 36 years of making films together, helping develop each others’ projects, going on scuba diving trips together, watching each others’ kids growing up, even diving the Titanic wreck together in Russian subs.
“It was a friendship of laughter, adventure, love of cinema, and mutual respect.”

With a Texas twang and grizzled visage, the actor often found himself playing military men and cowboys.

While he was closely associated with Cameron, playing an ill-fated technician in Aliens for the filmmaker, as well as a venal car dealer in True Lies and a treasure hunter in Titanic, Paxton found it hard to to achieve star status.

“It’s always a little frustrating when you’re reading a script after 10 guys ahead of you have had a chance to pick it over,” he said in 1998.

“You can almost see the bread crumbs. I haven’t had a role that’s propelled me into major stardom. Sure, I’ve had roles that put me on the playing field. A lot of base hits. No home runs.”

He anchored a few films however, portraying a tornado-chasing scientist in the box office smash Twister (1996), and a wildlife refuge director in the flop, Mighty Joe Young (1998).

On television, Paxton played a wife-juggling entrepreneur on “Big Love,” who is haunted by his upbringing in a polygamist Mormon family.

HBO released a statement, saying “We are extremely saddened to hear of the passing of Bill Paxton. ’Big Love’ was a seminal series for HBO for many years due to Bill’s extraordinary talent and grace. Offscreen, he was as warm, smart and fun as one could be. A true friend to so many at HBO. He will be greatly missed.”

“Big Love” lasted five seasons, earning three Golden Globe nominations for Paxton. In blunt fashion, Paxton publicly disagreed with the violent way the show ended, decrying its lack of ambiguity.
He recently returned to the small screen in the TV reboot of Training Day, the hard-bitten crime drama that earned lead actor Denzel Washington an Oscar. The CBS series has been widely panned in the US and it’s unclear what its fate will be now.

A representative of Paxton’s family released a statement asking for privacy and saying: “A loving husband and father, Bill began his career in Hollywood working on films in the art department and went on to have an illustrious career spanning four decades as a beloved and prolific actor and filmmaker.

“Bill’s passion for the arts was felt by all who knew him, and his warmth and tireless energy were undeniable.”

Mr. Paxton’s survivors include his wife of more than 30 years, Louise Newbury, and two children, James and Lydia.