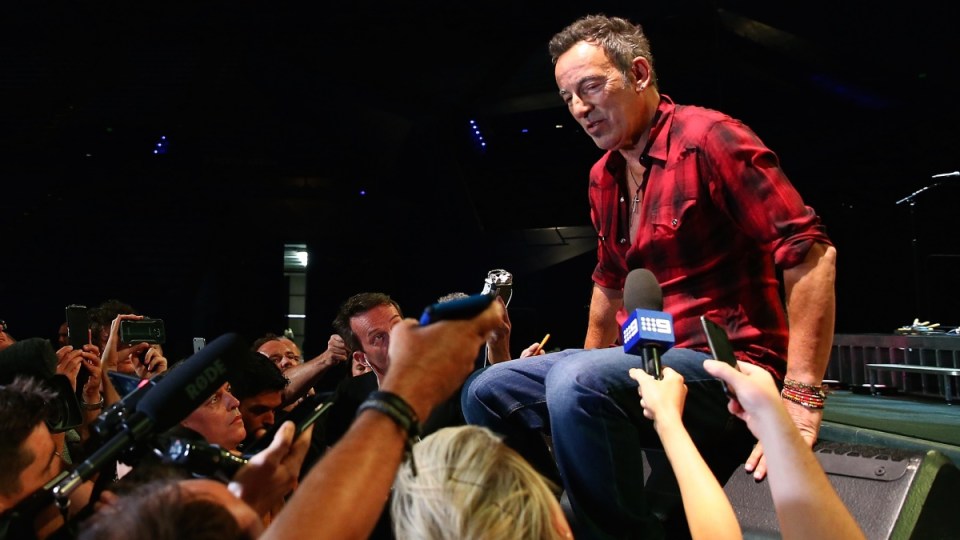 Bruce Springsteen described himself as an "embarrassed American". Photo: Getty

Prominent Americans have unleashed a tidal wave of apologies to Australians after US president Donald Trump’s “tough” phone call with Prime Minister Malcolm Turnbull over a refugee deal.

A rock star, an Oscar winner, a Seinfeld star and a former presidential nominee all apologised to Australians for Mr Trump’s behaviour, which some suggested could “screw up” the long-standing alliance between the two countries.

Posting on Twitter after a Thursday phone call with Mr Turnbull, Mr Trump described an agreement made by the Obama administration to accept 1250 refugees from Manus Island and Nauru as “a dumb deal”.

The Washington Post reported Mr Trump abruptly ended the 25-minute conversation with the Australian PM after accusing Mr Turnbull of trying to export the “next Boston bombers”.

“Do you believe it?” Mr Trump tweeted. 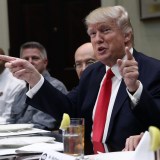 Donald Trump unleashes on refugee deal again: ‘I respect Australia, but we have a problem’ 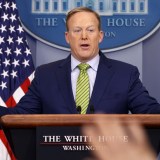 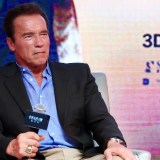 “The Obama Administration agreed to take thousands of illegal immigrants from Australia. Why? I will study this dumb deal!”

As soon as the news broke, US celebrities began sharing their sympathy with those Down Under, with visiting rocker Bruce Springsteen one of the first to speak out.

“We stand before you embarrassed Americans,” Springsteen told the crowd at a Melbourne performance on his Australia and New Zealand tour with the E Street Band.

“We’re going to use this to send a letter back home,” he added, launching into a cover of the The Orlons’ 1962 song, Don’t Hang Up.

Australia is, was, and always will be one of the USA's best friends and closest allies. Apologies for today's temporary embarrassment.

Although Mr Trump insisted he had “a lot of respect for Australia”, US senator and former Republican nominee John McCain went into damage control on Friday (AEDT), calling Australia’s ambassador to the US, Joe Hockey, in an attempt to smooth things over.

#Australia is 1 of US's oldest friends & allies – called Aus Amb to US to express my unwavering support for alliance https://t.co/ODQeEpoA3H

Soon after, Mr Hockey attended a meeting at the White House, but details of the meeting have not yet been revealed.

Entertainment icon Cher said Mr Trump had “insulted” Australia and argued former governor of California Arnold Schwarzenegger would make for a better president after he joked on Twitter they should swap jobs.

“Hey Donald, I have a great idea — why don’t we switch jobs?” Mr Schwarzenegger said in a Twitter video after the president said he was “a disaster” hosting Celebrity Apprentice.

“You take over TV, because you’re such an expert in ratings, and I take over your job” so “people can finally sleep comfortably again”.

Sorry Australia. I adore you.

While Mr Trump is not known to have said anything particularly inflammatory to Mr Peña Nieto, it is believed he offered US military assistance to help Mexico deal with “tough hombres”.

“You have no idea how sorry I am,” tweeted Arquette, who starred in the critically acclaimed Boyhood.

#Australia and #Mexico. I am very sorry. You have no idea how sorry I am.

Today's bummer: Trump screws up our relationship with Australia, a long-time ally. Our president is an impulsive, bad-tempered idiot.

Patton Oswalt, an actor and comedian who has 3.39 million Twitter followers, tweeted that Mr Trump had just “flushed our relationship with Australia counterclockwise down the toilet”.

Can't believe Trump just flushed our relationship with Australia counterclockwise down the toilet.

Hey Australia, sorry about the orange man. If it's any consolation, we're stuck with him 24/7.

One celebrity who didn’t jump on the criticism bandwagon was Matthew McConaughey, who earlier in the week argued Americans should “embrace” Mr Trump as President.

“He’s our president,” the actor said in an interview on The Andrew Marr Show.

“It’s very dynamic and as divisive of an inauguration and time that we’ve ever had. At the same time, it’s time for us to embrace, shake hands with this fact, and be constructive with him over the next four years.”

"He's our president now, we must embrace, shake hands & be constructive with him" Matthew McConaughey on Trump & new film 'Gold' #marr pic.twitter.com/EvCY7GhLp6

Speaking about the reportedly tense phone call between the two leaders, Mr Spicer appeared to say Trumble instead of Turnbull.

“The President had a very cordial conversation with Prime Minister Trumble, where they went through an extensive discussion of this deal,” Mr Spicer told reporters.

After talking about how “disappointed” Mr Trump was with the refugee resettlement deal struck with the Obama administration, Mr Spicer appeared to mispronounce the name again.

“So he has ensured that while he has respect for the Australian people, respect for Prime Minister Trumble, that we do not pose a threat to the United States of America,” he said.

Trumble has since become a trending topic on Twitter, with some fans of “Prime Minister Trumble” — and even a Malcolm Trumble parody account — emerging among the criticism of Mr Spicer.

But, some have also argued it could have just been a slip of the tongue. So what do you think: did he say Trumble or Turnbull?

Social media, naturally, was quick to leap on the apparent gaffe.

I'd like to say I really enjoyed my extremely long phone call with President Turnip.

‘You have no idea how sorry I am’: US celebrities apologise to Australia for Trump