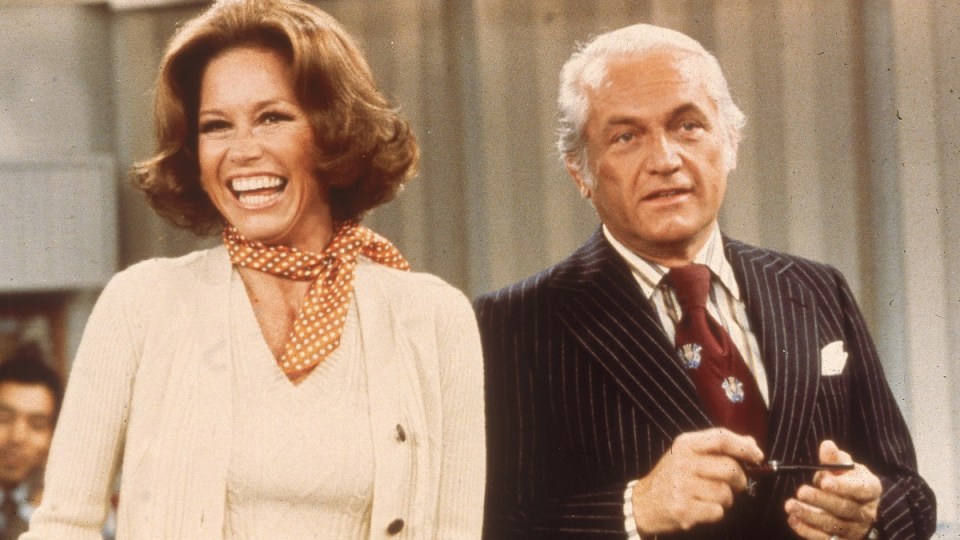 In 1997, TV Guide in the United States published its list of the 100 Greatest TV Episodes of All Time.

At No.1 was The Mary Tyler Moore Show (TMTMS) episode Chuckles Bites the Dust.

It culminates in a funeral for fictional television clown Chuckles, who while dressed as a peanut was killed by an elephant.

“Chuckles the Clown brought pleasure to millions,” the priest eulogises.

“The characters he created will be remembered by children and adults alike: Peter Peanut; Mr Fee-Fi-Fo; Billy Banana; and my particular favourite, Aunt Yoo-Hoo.” 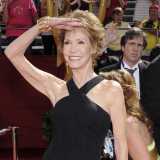 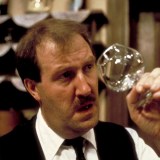 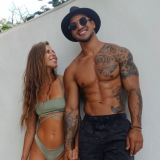 Mary’s character, watching on, tries to control her laughter. She hides her giggles as coughs. Snorts through her nose. Covers her mouth. All while those around her are mourning.

At the end, the priest asks her to rise and let out the laughter because it’s what Chuckles would have wanted. So Mary does, but it’s not laughter, instead an uncontrollable sob.

A masterpiece in four minutes. The mixture of comedy and tragedy. Emotions the comic actress herself would later experience.

Mary Tyler Moore died on Wednesday in Greenwich, Connecticut. She was 80 years old.

Her television roles were representative of the change in attitude to how women were portrayed on screen; the stay-at-home mother in The Dick Van Dyke Show (1961-1966), to the ambitious hardworking Mary Richards in TMTMS (1970-1977).

Off screen Mary’s life was dotted with personal tragedy.

Her sister Elizabeth died of a drug and alcohol overdose in 1978.

In 1980, one month after the release of the film Ordinary People, her only son Richard died in a gun accident.

In the film, Mary portrays a mother grappling with the accidental death of one son, and the suicide attempt of another. It won the Best Picture Oscar, and she received a Best Actress nomination.

“My only regret in life or things I could have done differently is that I didn’t have more children,” she told ABC in 1994.

“I lost my son, and I don’t have and will not have grandchildren, and I miss them.”

The following year, she split from her second husband, Grant, of 19 years.

He was a television executive, and producer of TMTMS.

Although she was an influential force in comedy, it was Robert Redford who utilised her under-appreciated dramatic skills to perfection with Ordinary People.

The figure looked sad. On closer examination I saw it was Mary Tyler Moore—America’s sweetheart.
Actor and director Robert Redford

“At that time I had a place in Malibu, and it was winter and I was sitting there looking out on the beach. I saw this lonely figure all wrapped up and walking slowly. The figure looked sad. On closer examination I saw it was Mary Tyler Moore – America’s sweetheart. She was probably just cold, but the sadness hit me and stuck with me when I began casting.”

Several studios were not interested in a dark family drama headlined by the comedic actress.

“I think, like all actors, I was open to taking on new challenges, including those outside my comfort zone,” Moore would later say.

“But this was not why I took the role. The appeal was the powerful story with its vivid characterisations – including a family dynamic I could relate to.”

She influenced all generations of film and television stars.

“I will never be able to repay her for the blessings that she gave me,” her TMTMS co-star Ed Asner wrote.

Viola Davis tweeted: “Thanks for the first real image of a woman being independent, funny and vulnerable.”

Ellen DeGeneres said Mary “changed the world for all women”.

Even now looking at this picture I want to cry. I still can't believe Mary Tyler Moore touched my face. Will love her 4 ever. pic.twitter.com/6u4ELq27vN

She also changed Oprah’s world. The iconic TV star adored Mary so much, she recreated her Mary Tyler Moore Show opening, shot for shot, but with her as Mary.

“You have no idea what you meant to me,” an emotional Oprah said to her in 1997.

“There were many times in our lives when we only had the television for inspiration. And you were one of those women who were the light.”

The serious side of ‘America’s sweetheart’ Mary Tyler Moore