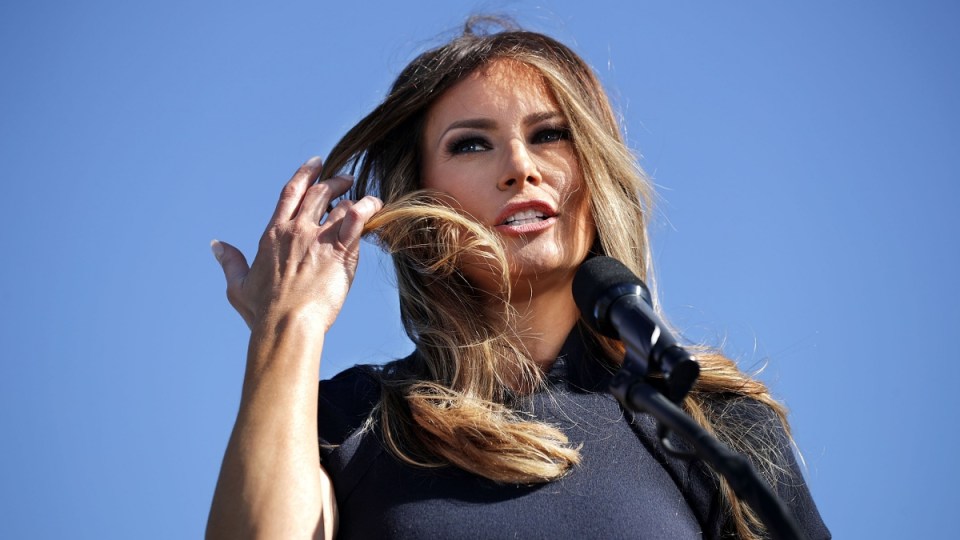 Melania Trump has come a long way from her childhood in the riverside city of Sevnica, Slovenia. Photo: Getty

United States president Donald Trump’s rise to power may have been swift and shocking to many, but his wife’s journey to the White House may be even more astounding.

Melania Trump’s transition from Slovenian immigrant to lingerie model to First Lady is arguably more unlikely than her husband’s ascension from real estate mogul to leader of the free world.

Mrs Trump – as she prefers to be called (not Ms Trump) – now occupies a role steeped in historical significance, under circumstances that could not be further from her humble beginnings.

Born Melanija Knavs in the scenic riverside city of Novo Mesto, Slovenia (then Yugoslavia), in 1970, she was the youngest daughter of Viktor Knavs, a car dealer and registered Communist, and Amalija Knavs, who worked in a textile factory. 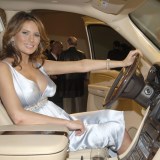 What will Melania Trump be like as First Lady? 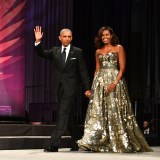 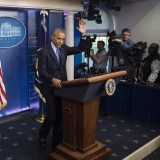 Her father, it has been noted, bears a striking resemblance to Mr Trump and is only two years older than him.

Mrs Trump’s childhood was spent in the railroad town of Sevnica, where she, her parents and her older sister Ines lived in an apartment block.

A quiet but ambitious child, she lived through the turbulence of the fight for Slovenian independence in 1991 but enjoyed a fairly comfortable upbringing uncharacteristic of Communist Yugoslavia.

“I love my childhood,” she told GQ Magazine in 2016. “It was a beautiful childhood.”

Mrs Trump showed an early interest in fashion and textiles — something she has carried through to her later life, with her own affordable jewellery line.

Friends have recalled her being perpetually perfectly groomed, making her own jewellery and wearing clothes her mother sewed, often from patterns designed by a young Mrs Trump.

After briefly studying at the Secondary School of Design and Photography in Ljubljana, Mrs Trump began modelling, securing a contract with an agency at the age of 18.

Her big break came in 1992 when she entered a modelling contest held by Slovenian women’s magazine Jana.

She didn’t win but came runner-up, going on to model in Milan and Paris and changing her name to the more German Melania Knauss in the process.

Mrs Trump first came to the US on a work visa in 1996. She built a modest career as a model, appearing in Sports Illustrated, Vogue and a handful of men’s magazines.

In 1998, she met her future husband for the first time at the Kit Kat Club in New York. Melania was 28 and Donald was 52.

Mrs Trump was hesitant to welcome Mr Trump’s advances at their first meeting, given he was technically on a date with another woman at the time.

Instead, Mrs Trump asked the real estate mogul for his number, to test his intentions.

“It tells you a lot from the man what kind of number he gives you. He gave me all of his numbers,” she recalled to GQ.

The pair dated on and off for several years before Mr Trump proposed to her in 2004 at the star-studded Costume Institute Ball in New York with a $US2 million diamond.

The couple wed a year later in a lavish ceremony in Palm Beach, Florida. Bill and Hillary Clinton were both there.

“I followed the rules,” she told Harper’s Bazaar of her naturalization process.

“I came here for my career, and I did so well, I moved here. It never crossed my mind to stay here without papers. That is just the person you are. You follow the rules. You follow the law. Every few months you need to fly back to Europe and stamp your visa.

In 2006, Mr and Mrs Trump welcomed their first and only child, a boy named Barron, who Mrs Trump often refers to as “little Donald”.

While Mrs Trump has dabbled in television appearances and even a luxury skincare line, her time is mostly occupied by being a mother to Barron, now 10.

“I don’t have a nanny,” she claimed in an interview with Harper’s Bazaar.

“I have a chef, and I have my assistant, and that’s it. I do it myself. You know, those hours with your child are really important ones, even if it’s just the two of you, being quiet in the car together.”

Of course, Mrs Trump’s duties are set to change with her husband’s election, despite her propensity to steer clear of the spotlight throughout his campaign, preferring to relinquish her position by his side to Mr Trump’s 35-year-old daughter, Ivanka.

Asked by a reporter what kind of First Lady she would be, Mrs Trump responded: “I would be very traditional, like Betty Ford or Jackie Kennedy.”

Following the inauguration, Mrs Trump will return to New York and will temporarily split her time between there and Washington in an effort to maintain a sense of normalcy for Barron.

She reportedly plans to make the final move with Barron in June, when she will relocate from the family’s penthouse at the top of Trump Tower on Fifth Avenue to the hallowed rooms of the White House.

Her first plan? To install a dedicated “glam room”.

“There will absolutely be a room designated for hair, makeup and wardrobe,” Mrs Trump’s makeup artist Nicole Bryl told Us Weekly.

“Melania wants a room with the most perfect lighting scenario, which will make our jobs as a creative team that much more efficient, since great lighting can make or break any look.”

How Melania Trump went from Slovenian immigrant to First Lady