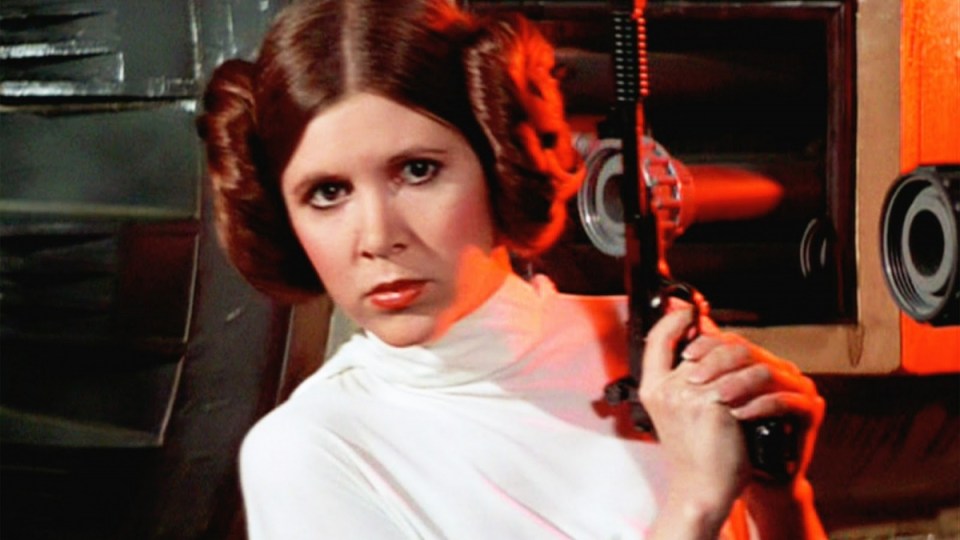 Carrie Fisher was known for her iconic role as Princess Leia in Star Wars.

Carrie Fisher, the actor best known for playing Princess Leia Organa in Star Wars, has died at the age of 60.

Fisher died in hospital at 8.55am on Tuesday (local time) after going into cardiac arrest on a flight from London to Los Angeles on December 23.

Fisher’s daughter Billie Lourd, 24, confirmed the news in a statement to People magazine.

“It is with a very deep sadness that Billie Lourd confirms that her beloved mother Carrie Fisher passed away at 8.55 this morning,” the statement read.

“She was loved by the world and she will be missed profoundly. Our entire family thanks you for your thoughts and prayers.”

Her mother, actress Debbie Reynolds, 84, took to Facebook to remember her “beloved and amazing” daughter.

“Thank you to everyone who has embraced the gifts and talents of my beloved and amazing daughter,” Reynolds wrote.

“I am grateful for your thoughts and prayers that are now guiding her to her next stop. Love Carries [sic] Mother.”

Tributes flowed from her Star Wars colleagues, as well as a host of Hollywood identities.

“In Star Wars she was our great and powerful princess – feisty, wise and full of hope in a role that was more difficult than most people might think.

“She was extremely smart, a talented actress, writer and comedienne with a very colorful personality.”

I thought I had got what I wanted under the tree. I didn't. In spite of so many thoughts and prayers from so many. I am very, very sad.

Carrie Fisher was smart, funny, talented, surprising, and always a hell of a fun time to be around. Family Guy will miss her immensely.

She was the brightest, funniest, bravest, kindest, cleverest and sweetest person I ever knew. A crushing blow to lose @carrieffisher

The daughter of Reynolds and fellow entertainer Eddie Fisher, Fisher was only 19 when she nabbed her breakout role as Princess Leia in the 1977 film Star Wars: Episode IV – A New Hope.

In her latest memoir, which she had been touring to promote at the time of her heart attack, Fisher revealed she had had an affair with her then-33-year-old co-star, Harrison Ford, who was married at the time.

Fisher on Graham Norton in December 2016

In 1983 she married musician Paul Simon, but they divorced after a year — although they continued to date on and off for several years.

The mother-daughter pair was close, and Lourd began forging her own acting career when she scored a role on popular US series Scream Queens in 2015, even appearing alongside her mother in the 2015 Star Wars reboot The Force Awakens.

Fisher made her feature film debut opposite Warren Beatty in the 1975 hit Shampoo and also appeared in Austin Powers, The Blues Brothers, Charlie’s Angels, Hannah and Her Sisters, Scream 3 and When Harry Met Sally.

She also had her bare, often caustic, semi-autobiographical novel, Postcards From the Edge, made into a film in which Fisher was played by Meryl Streep.

In addition to her acting career, Fisher also became a prominent advocate for mental health awareness after being diagnosed with bipolar disorder at the age of 24 and battling drug addiction from a young age.

Her death came only a month after Fisher made headlines by disclosing the affair with Harrison Ford 40 years ago.

Fisher revealed the secret to People magazine while promoting her new memoir, The Princess Diarist, just before it went on sale. The book is based on Fisher’s diaries from her time working on the first Star Wars movie.

Fisher said the affair started and ended in 1976 during production on the blockbuster sci-fi adventure in which she first appeared as the intrepid Princess Leia. Ford played the maverick space pilot Han Solo.

How could you ask such a shining specimen of a man to be satisfied with the likes of me? I was so inexperienced, but I trusted something about him. He was kind.”
Carrie Fisher in The Princess Diarist

Fisher reprised the role in two Star Wars sequels. She gained sex symbol status in 1983’s Return of the Jedi when her Leia character wore a metallic gold bikini while enslaved by the diabolical Jabba the Hutt.

She returned last year in Disney’s reboot of the Star Wars franchise, The Force Awakens, appearing as General Leia Organa, leader of the Resistance movement fighting the evil First Order.

Fisher is survived by her mother, her daughter and her beloved dog, Gary.